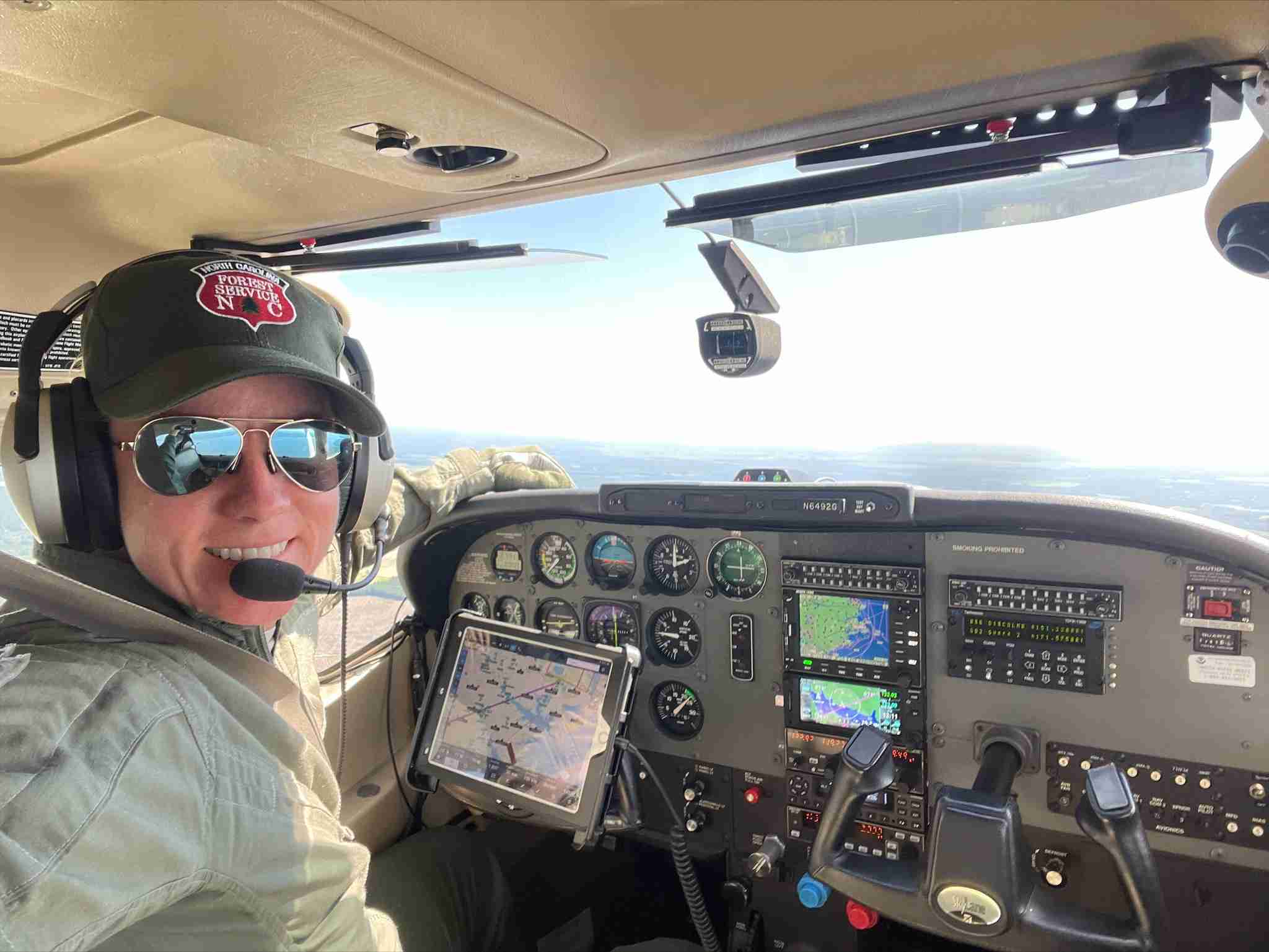 We Are Agriculture is a year-long series that will highlight the hard-work done by employees across the Department of Agriculture. Amy Fuller, Fixed Wing Pilot or Patrol Pilot for the N.C. Forest Service, is one of those employees. Stay tuned each Wednesday here on the blog or any of our social media accounts and join us in honoring those who continue to drive our state’s agriculture industry forward each day!

As children, we all have an idea of something that we would like to be when we grow up, whether it’s a rockstar, a hair stylist or a veterinarian. For Amy Fuller, Fixed Wing Pilot or Patrol Pilot for the N.C. Forest Service, the dream has always been to fly. “As a kid, my parents put me on a plane every summer to visit my family in California and that’s where my passion began,” she said. “In the early 2000’s, I got involved with flight school in California and never looked back.”

Prior to delving full-time into aviation, Amy worked as a firefighter with CAL FIRE, the California Department of Forestry and Fire Protection, for 15 years. When she was not at work, she would fly for the airline, which eventually opened the door for her to transfer to the Charlotte Airport. “I flew for Charlotte airlines until I saw this job come available and it is a dream come true,” Amy said. “Being able to meld my two passions, firefighting and flying, is better than I ever could have dreamed. I have worked for years to accomplish this goal and, now that I am finally here, I couldn’t be happier.”

As a Patrol Pilot, Amy compares herself to the conductor of an orchestra. “We are the eyes in the sky for fire incidents near and surrounding Duplin County,” she said. Every day before flying out, Amy and her crews check the weather as well as the airplanes to ensure flight is optimal. “We have a checklist that we run through, including oil checks, fuel samples, etc., that ensure each plane is ready to fly safely,” she said. 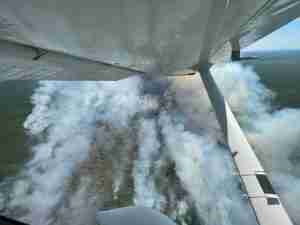 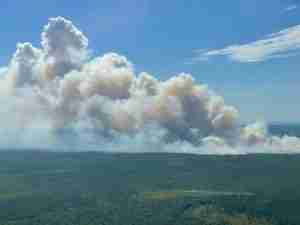 The primary mission of Amy and her crew is airborne patrol, meaning pre-suppression and suppression of forest fires. “We are the air attack support for fire crews, which involves aerial direction to tractors, SEAT aircraft and helicopters,” she said. “We are managing every machine and person on the ground fighting that fire and ensuring everyone is not only working efficiently but staying safe throughout the incident.” During peak fire season, Amy is often flying out every single day to help manage both big and small fires in the area. Due to state regulations, pilots are only allowed to fly eight hours at a time. The longest flight Amy has been on was a little over seven hours! When they are not responding to large-scale fire events, Amy and her crew can often be found assisting with fire and smoke patrol, lightening strike surveillance and insect infestation detection.

Although keeping track of resources on the ground can be challenging at times because each piece is moving, Amy wouldn’t trade anything in the world for the joy that she feels in working a fire and assisting crews on the ground. “It’s always a huge source of pride to help crews manage and control a fire,” she said. “Then when the incident is finally over, it’s very rewarding to know that I had a hand in helping to save that area from further damage.” She also enjoys training the new pilots that come in because she is impacting the next generation of pilots. 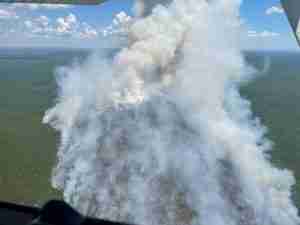 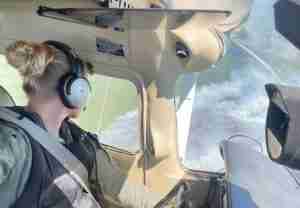 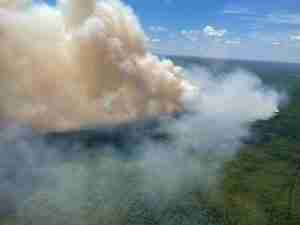 Recently, Amy played a large role in the Juniper Road Two Fire incident in Hampstead, or Pender County. “I was actually out on a patrol fire mission when that fire was discovered,” she said. “It looked like a lightening strike at the time, only covering about ten acres, so I called it in and crews responded.” A week later, however, the fire posed a vastly different story when it continued to smolder, escape, jump the road and take off over many acres. “I was called to go and check out the area for smoke complaints and as soon as I got in the air, I saw a massive smoke column and knew it wasn’t good,” she said. “I called crews immediately to start responding and it took about two weeks to fully contain that fire.” Although it was a lot of work for crews and damaged many acres of land, Amy was proud of her role as well as the work of her team throughout the incident. “We have a great team here and it’s an honor to do what I do with them every single day,” she said.