Peace and beauty at the N.C. State Fair Flower Show 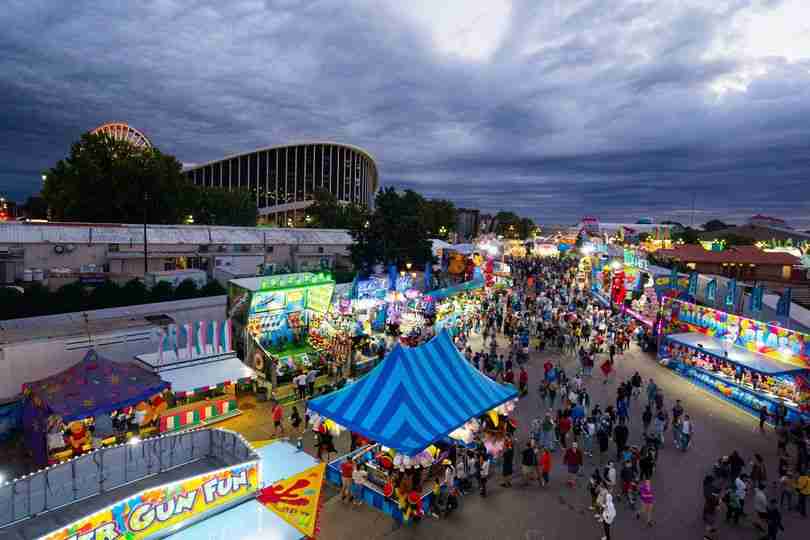 We Are Agriculture is a year-long series that will highlight the hard-work done by employees across the Department of Agriculture. John Buettner, Competitive Exhibits Coordinator for the N.C. State Fair, is one of those employees. Stay tuned each Wednesday here on the blog or any of our social media accounts and join us in honoring those who continue to drive our state’s agriculture industry forward each day!

Whether in the United States of America or in another country, John Buettner, Competitive Exhibits Coordinator with the N.C. State Fair, has always had a love for agriculture and found peace in the outdoors. “My grandfather was a wheat farmer and cattle rancher in Oklahoma and, as a kid, we would spend weekends on the farm,” he said. “As a teenager I travelled a lot overseas and no matter what, the farming environment and lifestyle always brought me comfort and peace.” Everywhere he has lived, John has always had a garden where he enjoys growing flowers, vegetables and produce.

In 2001, John came to work at the N.C. State Fairgrounds as a gardener in the Flower and Garden Show. After a few years, John worked his way up to Superintendent o the show, which is a seasonal part-time job that also allowed him to enter both the Flower and Garden show and the Horticulture show himself. One of the years that he entered in the N.C. State Fair, he even took home the grand prize and was featured in a book for his photograph/drawing of the gardens. “It was a great honor to win the category and then also be featured in a publication for my work,” he said. “I have always enjoyed gardening, in fact, it is still my passion today, so to be recognized for it in multiple ways created a huge source of pride in my work.”

In 2017, the position of Competitive Exhibits Coordinator with the N.C. State Fair Administration Office opened and John took his first step into the world of competitions and full-time management of a portion of the beloved fair. In his position, John is responsible for coordinating, organizing and managing all aspects of competitions at the N.C. State Fair with the exception of livestock. “There are over 30,000 entries on average at the fair each year, spanned out across a wide variety of categories, including quilts, cross stitch, flowers and baking,” he said. “It’s my job to ensure they get everything to us in a timely manner in accordance with the information and deadlines we set up front, manage the direct bosses of each section during the fair and organize the data and prize money for winners at the conclusion of the fair.”

Every year, John and his team work hard to develop new themes, new competitions and new ways of doing things that create a unique and exciting feel for participants. “With the competitions, we are always thinking up new ways to spice up a contest or new ways to structure things so that they don’t get stale. Inventing new ways to explain complex rules so that we have fewer entry issues is always rewarding,” John said. “This year we are using totally new software with the hope that it will streamline how we handle all the data from the competitions.” Due to this, John is proud of a new project accomplished with his team every single year. “While we do have new participants each year, many of them come year after year,” he said, “so, to see their faces light up with excitement at a new competition or new way of doing things is extremely rewarding.”

Just like the fair itself, getting the competitions together is a full-time job because it takes all year long. From sending prize money and organizing participant data from the previous year to ribbon making, competition revamp and design and entry reception and organization, John and his team live in the world of the N.C. State Fair all-year long. “One thing that many people don’t think about are the ribbons because they are handmade,” he said, “so it takes almost all year to get them done for the fair in October.” Then once the fair is over, John and his team have to organize and distribute winnings before starting the process all over again.

When he is not working at the fairgrounds, John can be found enjoying his time at home in the garden. Not only does he grow a variety of fresh fruits and veggies on his one-acre plot, but he also likes to experiment with tropical produce both in the field and in the greenhouse, including pawpaw’s and fuzzy kiwi. Join us in thanking John for all of his hard work and be sure to thank a member of his team if you enter a competition this year at the N.C. State Fair!