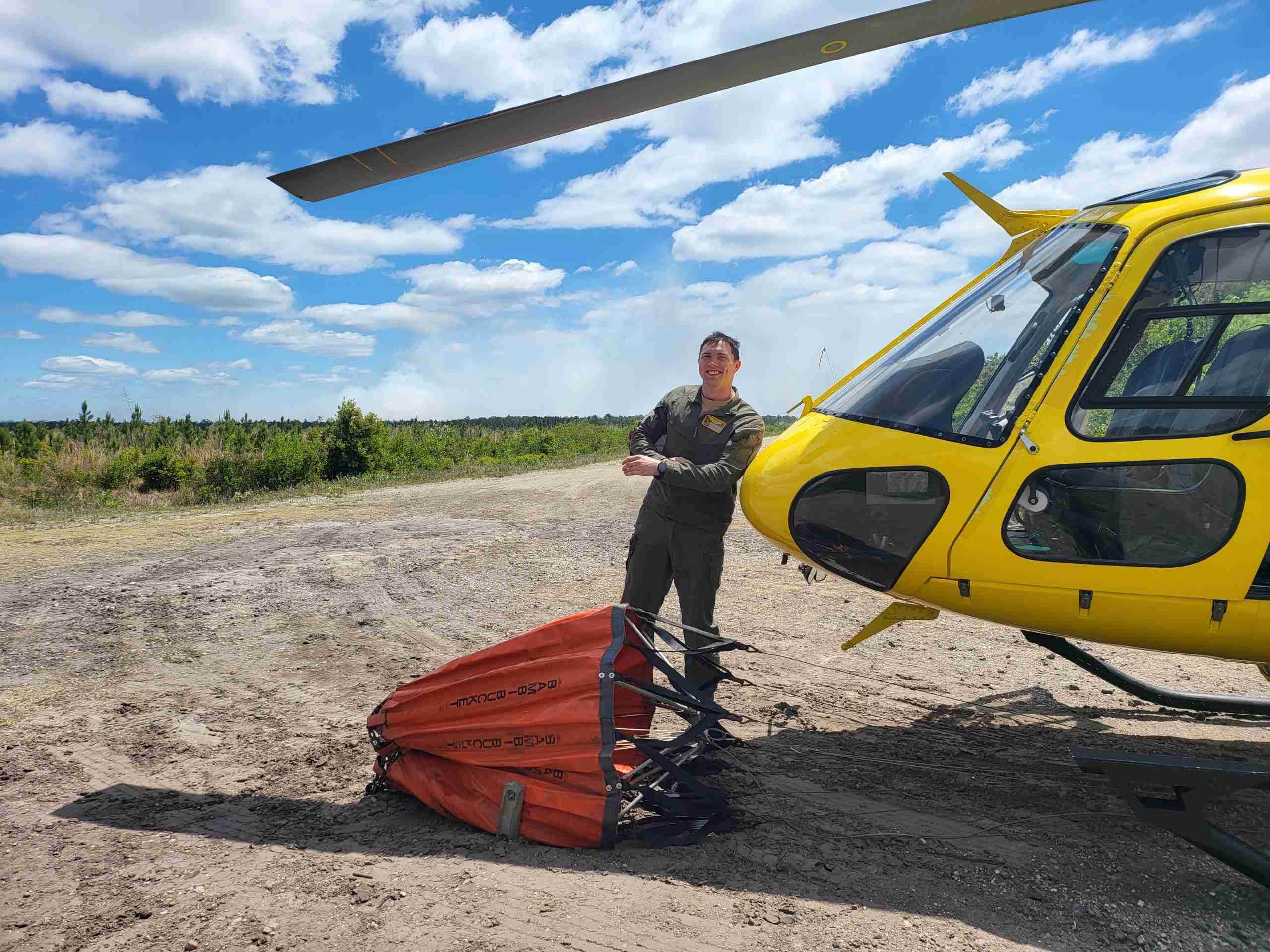 We Are Agriculture is a year-long series that will highlight the hard-work done by employees across the Department of Agriculture. Patrick Easler, Helicopter Pilot for the N.C. Forest Service, is one of those employees. Stay tuned each Wednesday here on the blog or any of our social media accounts and join us in honoring those who continue to drive our state’s agriculture industry forward each day!

Agriculture has a way of bringing our childhood passions to life in a brand new way. Patrick Easler, helicopter pilot for the N.C. Forest Service, grew up with the dream of becoming a firefighter. “Growing up, I was fascinated by firefighters and all the hard work that they do,” he said, “but as I got older, I spent a lot of time listening to my father talk about his job, which sparked my interest for another career.”

Patrick’s father was a pilot in the Air Force for many years. “Dad would often come home telling stories of what he saw or dealt with on the job, and it always sounded like a fun job to me,” he said. “An intense job, but a fun job.” As a young adult, Patrick followed in his footsteps by joining the Army and learning to fly himself, but he never imagined this aspect of his career would one day mesh with his childhood dream of being a firefighter.

In January of 2022, Patrick obtained his position as helicopter pilot for the N.C. Forest Service, officially marrying his two true passions. “When I saw this job opportunity open up, I was immediately over-the-moon excited about the possibility,” he said. Although he started in Kinston, Patrick works in Sanford today and is happier than he ever could have dreamed. “I am very lucky to do what I do every day and to work in a field where I not only find joy and passion through my work, but I am able to help others and the environment in the process,” he said.

Patrick’s job is often split into two seasons: fire season and the rest of the year. During fire season, which typically lasts from March to May and then again from October to December, Patrick and his coworkers are found every other day, or sometimes every day depending on the season, fighting fires across the county and state. “We have to inspect the aircraft each morning before flying out to ensure the safety of our operators,” he said, “but once that is accomplished, we respond to calls of wildfires in the area and drop water to assist in putting them out.” Patrick and the other pilots fly with a crew chief on board to assist with the 200-gallon bucket of water that is attached to the aircraft. “We typically find the closest water source to the fire and draw water from there to use,” he said, “but the bucket takes a lot more power from the aircraft itself, almost 99% power actually, and more attention and concentration from the pilot. So, having an extra set of hands-on board is necessary.”

In the off season, Patrick assists with a variety of N.C. Forest Service projects, including prescribed burns, emergency management and more. “If there are hurricanes or other natural disasters in the area, we will often get dispatched to help with those,” he said. “Having a background in emergency management from the Army really gave me the skills to be able to help in these situations.” In fact, Patrick received all the necessary training for his current position during his time in the Army, including a 13-month school for operating an aircraft, which included grounds training, principles to flying and more. “Everything in my life has led me to where I am today and I couldn’t be more grateful,” he said.

Although he loves almost every aspect of his job, Patrick’s favorite moments are the initial phase of a fire and response. “It’s rewarding to pull up on a raging fire, coordinate with the grounds crew, feel the adrenaline and see it move everyone to work together to direct, delay and put out the fire,” he said. “It’s very rewarding to see from beginning to end the good that comes from the work that we do, both to save the environment and animal or human life.”

According to Patrick, helicopters are a useful aircraft for just about anything. “Most people tend to put helicopters in a box and restrict them to only certain things,” he said, “but actually they are ‘a jack of all trades and master of none.’ They are good at being used for a variety of tasks and should be respected and admired.”

When he is not at work, Patrick enjoys running marathons, working out at the gym and playing video games with his friends. Join us in thanking Patrick for all that he does to protect our state forests, trees, wildlife and communities through his position with the N.C. Forest Service! 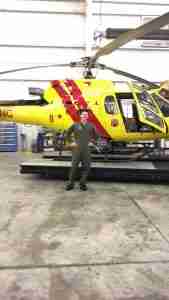 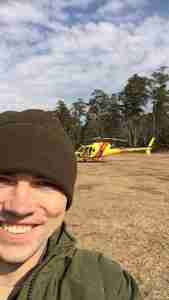