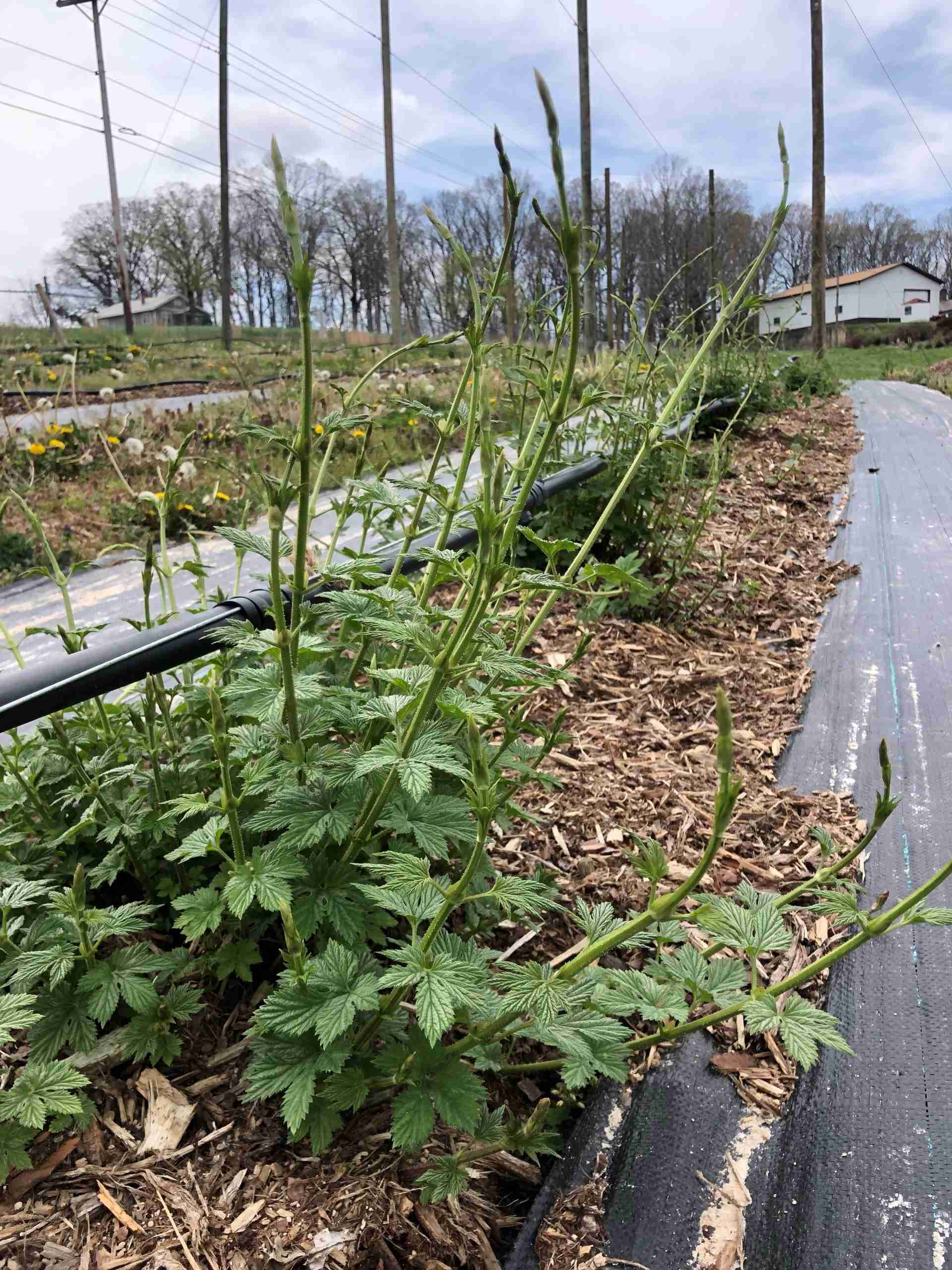 A research project that’s received funding from the NCDA&CS New and Emerging Crops Program is developing new varieties of hops for use in the state’s craft beer industry. Currently, the state’s breweries depend largely on hops grown in other states, but the North Carolina hops project aims to change that by breeding hops varieties that grow better in North Carolina’s climate.

“Back in 2007, 2008, we had all these new craft breweries developing within our state. There was a lot of excitement about them, but people didn’t realize what those craft breweries had to do to try to get the hops,” said Jeanine Davis, Ph.D., the principal researcher who is an associate professor and extension specialist in the Department of Horticultural Science at N.C. State University. “We have a lot of enterprising farmers and wannabe farmers in North Carolina, and they jumped right on this, and people started growing hops. It didn’t take them very long to run into difficulties and start looking for assistance from the Department of Agriculture and from the university.”

Davis is now based at the Mountain Horticultural Crops Research Station in Mills River, just outside Asheville, but she happened to have some knowledge about hops because she did her graduate work in Washington State – in the Pacific Northwest where most of the country’s hops are grown. In addition, other university and NCDA&CS staff had an interest in helping grow hops for the state’s burgeoning craft brewing industry. So they quickly formed a team. 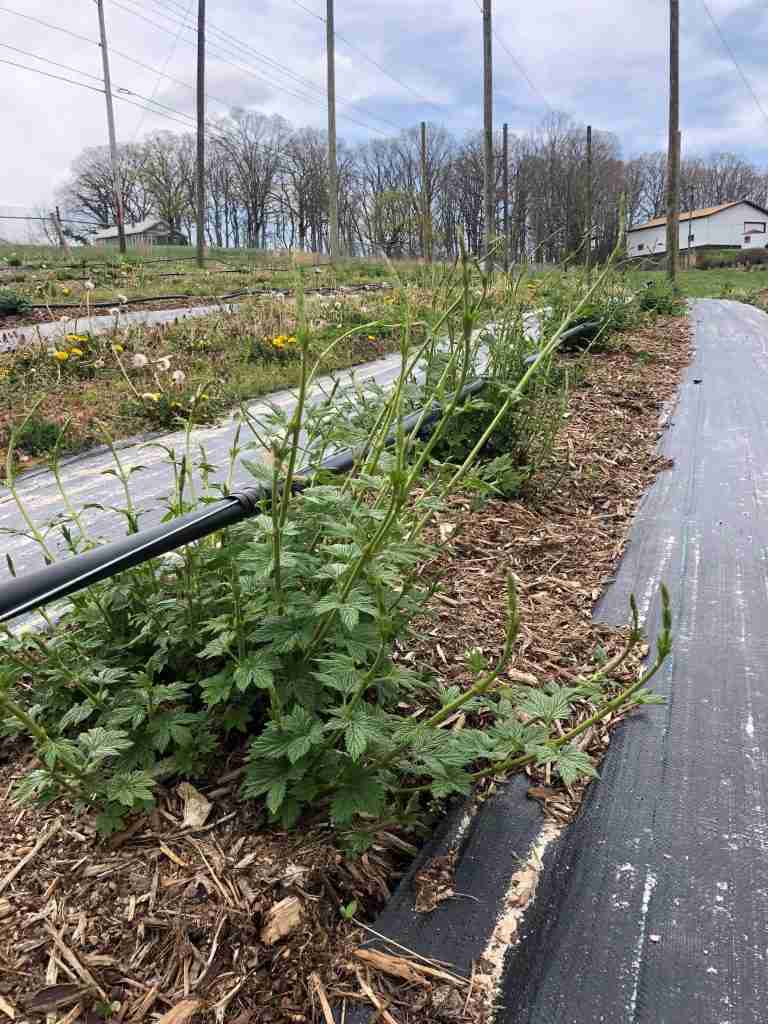 Hops in spring at the research station in Mills River 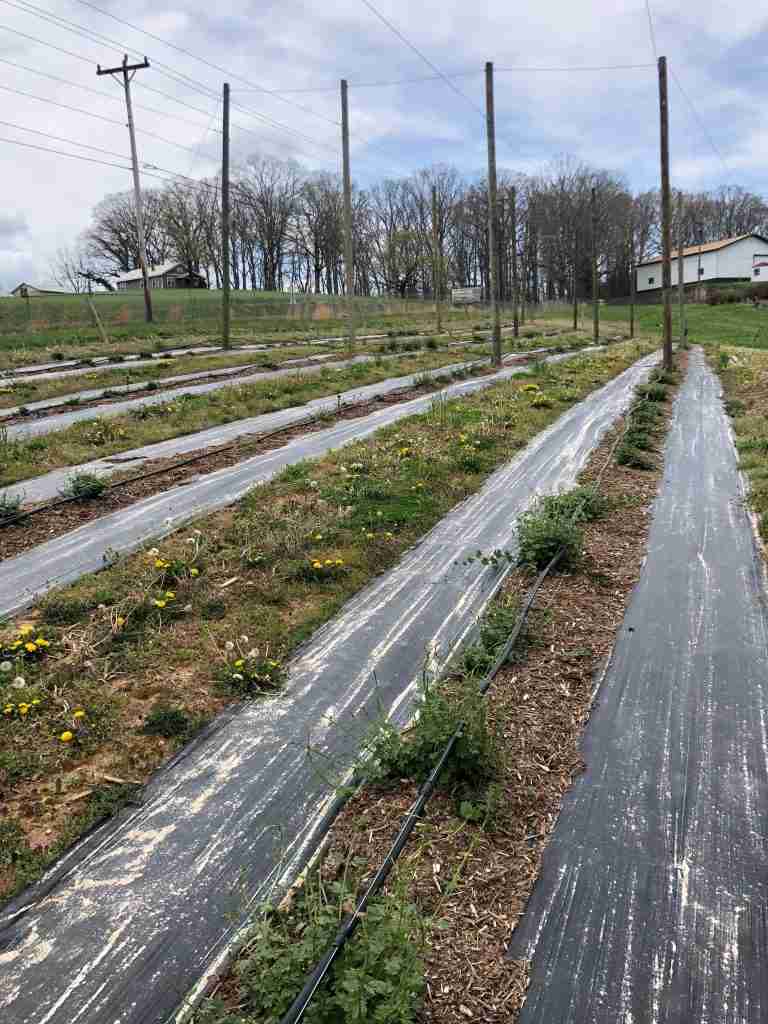 Grant funding has expanded research beyond this plot.

“We’ve learned a lot about pathology and how to control and how to monitor diseases, but the limiting factor was that hops are dependent on the number of hours of light and dark. They’re photo-period sensitive, and all the hops have been bred and are grown way up north. Think Washington, Oregon, Idaho, Michigan, even New York and parts of Canada,” Davis explained. “So when you get this far south, you get a beautiful plant, but the plant flowers too early, and so we don’t get the yields. We just don’t have enough leaf area there in order to produce as many cones as we need. So the cones were fine; the quality is good. There just weren’t quite enough. So very early on it was evident that we needed to do breeding.”

The lead breeder on Davis’s team is Luping Qu, Ph.D. He took a very quick interest in breeding hops that would yield better in North Carolina. So for about six years, he’s been working to develop new varieties of hops that will produce more cones under our light conditions in the southeast. Some hops have also been grown in the research station greenhouse during part of the process.

A grant from the New and Emerging Crops Program helped get the current phase of research established at the research station in Mills River. A second grant awarded this year in the amount of $96,000 has extended the project for two years, allowing Davis and Qu’s team to establish hops plots on two farms away from the research station.

“It’s allowing us to not only do the work on our research station, but to help set up two farmers with their own little research hop yards to grow these new lines,” Davis said.

In addition to yield, they’re also looking at fertilization and growth pattern. Davis believes that in about two years, Qu will be ready to apply for patents on a few hops varieties that prove to be productive in North Carolina. Then, it’ll be a matter of making those varieties available to farmers and/or brewers who want to grow them.

“Were you around when they were saying we could never have a wine grape industry in this state?” Davis asked in order to draw a comparison. “You know, it was like, ‘that’ll never work. That’ll never work.’ And a lot of the beginning growers, it was really tough. Well, now look what we’ve got and look at who gets into it now. They come in well-financed and very quickly they’re up and running. And I think that’s where we’re eventually going to be with hops, and particularly when we have varieties that they can really get the yields they want.”

Davis said the grant money is vital to making the research possible. Funding that was once available through the university is no longer an option, so she has to look elsewhere. She wouldn’t be able to explore options like better North Carolina-grown hops if her project wasn’t receiving a piece of the half million dollars the N.C. General Assembly has approved for the New and Emerging Crops grant program. Hops in the project during full growth in summer

“We like to take the risk so the farmers don’t have to. [We essentially say,] ‘Let us test this new thing out first and find out what the opportunities and challenges are,’” Davis said. “Our program runs completely off grants and gifts, so grants like this are critical for us to be able to do anything. Many people are unaware that as a program I don’t have an operating budget, so my salary is paid and a portion of Luping’s salary is paid with state funds, and everything else is off grant money.

“New and emerging crops are particularly difficult to get funding for because the big federal grants often are for things that are a little bit more established. So the kind of funding that we get through NCDA – through the Specialty Crop Block Grant Program and through this program – are often those things that nobody else is willing to take the chance on. And I have a long history now with both programs and really appreciate that. So that allows us to get that preliminary information that we can then use to build a team and have that preliminary data to then go for the larger sums of money.”

Davis said her ultimate goal is to help farmers who may be interested in a new source of revenue by growing hops in the state. In addition to the craft beer industry, she’s learned there’s a market for hops as an herb or flavoring in teas, cooking and even products such as ice cream, plus the floral market where hops are used simply for how they look.

“We have so many small-scale farmers in this state and want-to-be farmers that finally have a piece of land, whether they inherited it or finally were able to buy that dream little farm, and they can’t start a big strawberry operation, a big tomato operation. You know, they just don’t have the resources. So [I love] helping people like that find a niche that they can fit in and be successful and enjoy, and that feeds into our economy,” Davis said.  “So things that feed into our economy and fit into the culture, environment and tourism and everything else is something that I felt passionate about. Nothing will make me walk on air the way someone coming up to me and going, ‘you know, five years ago you came on the farm and you told me about this crop, say, turmeric and ginger, and now that’s what our farm is based on, and my kids are going to college on the money I made.’” Hops are perennial, so after a summer of growth and harvest, the plants will return in spring.

Davis realizes hops may not ever be a large crop in North Carolina, but she does believe her project will help lead to its expansion across the state. With the development of productive varieties, she expects hops will often be grown in close association with breweries, with some breweries even helping support some of those hop yards.