Steve Troxler Agricultural Sciences Center is already being put to the test. High path avian influenza, animal necropsies, dog treat recall – busy times at the lab. The lab has hosted a number of registered pesticide technician schools where training and testing is provided to structural pest control operators and technicians. 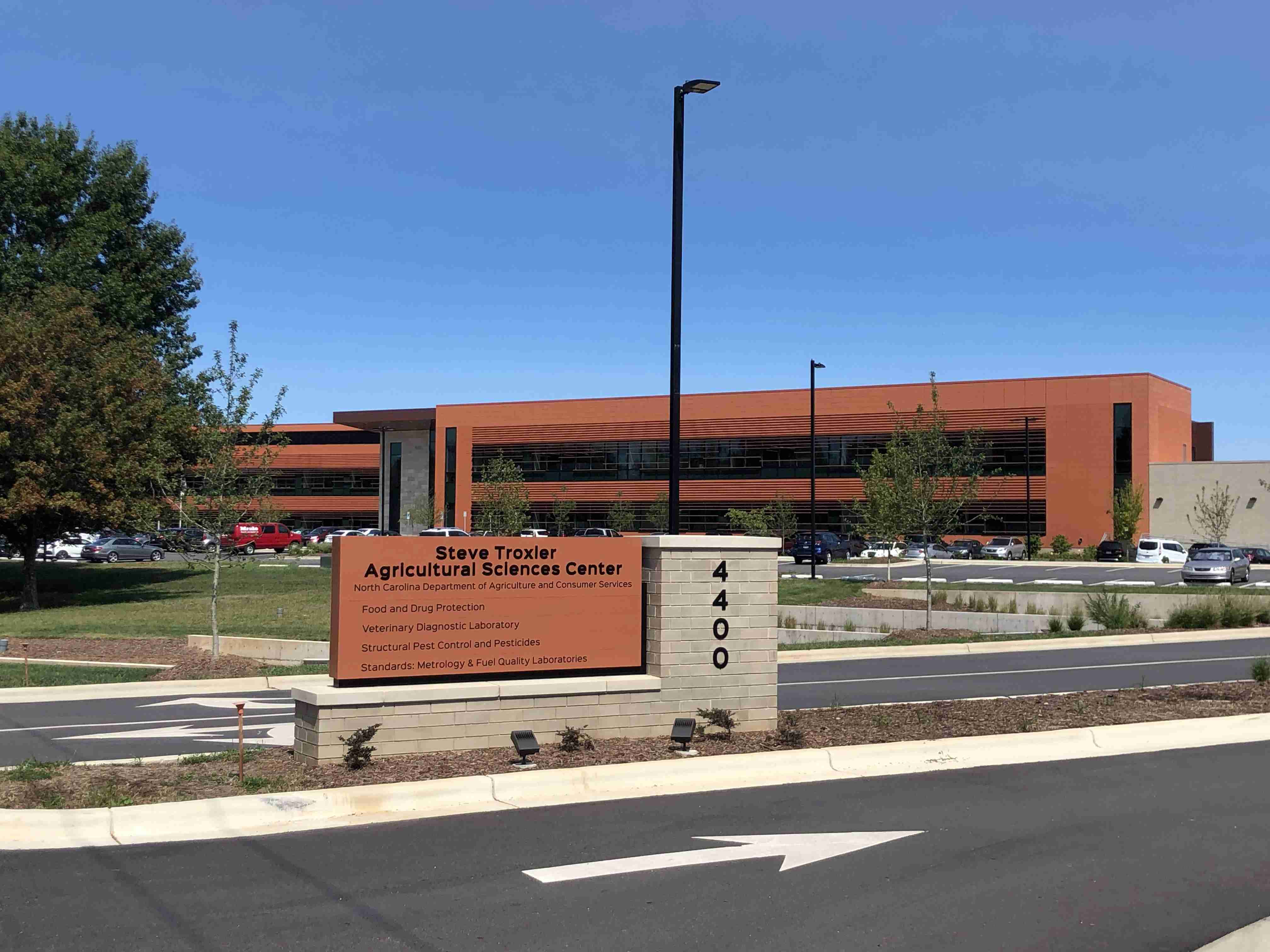 The official opening of the Steve Troxler Agricultural Sciences Center happened in late March, but there has been no shortage of work for the newly opened lab center. If you pay attention to local news stories, you may have even heard about investigations and tests that the lab has been involved in. Assistant Commissioner Sandy Stewart provides an update on some of the work going on at the ASC.