This Century Farm is Breaking Barriers in Agriculture 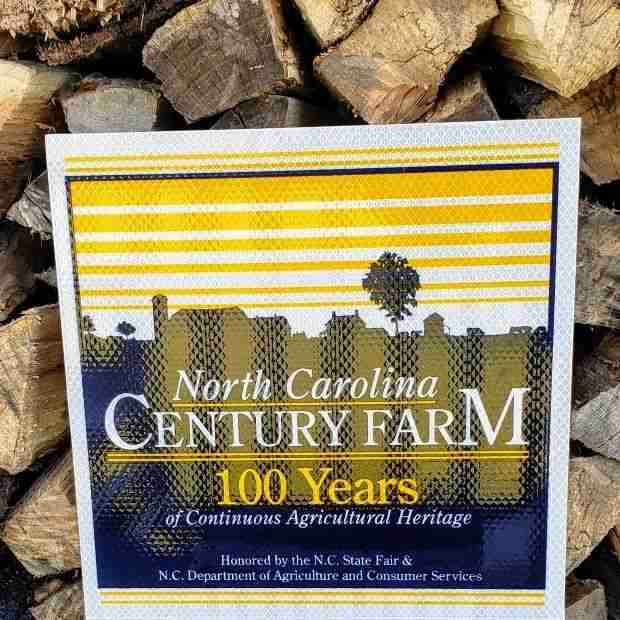 The Farm to Vittles, located in Delco, has not only a vibrant history but is currently breaking barriers for women in agriculture. Run by April Lennon Simpson, Farm to Vittles is just ten years away from being a 200-year-old farm. April, however, is not the first member of her family to run this farm. The original owner, George W Lennon, started the farm in 1837. Since then it has passed through four generations of Lennons, passed down from father-to- son until April, the first female owner; took over from her grandfather, Robert Lennon Sr., who ran the family farm from 1980 to 2021. April gained full ownership of Farm to Vittles just last year, yet she was immensely involved throughout her childhood and early adulthood. “As a child, I spent most of my time at the farm. There was an old tobacco barn where my cousins and I would build forts out of tobacco sticks.” At one point,the farm relied heavily on harvesting tobacco and cotton, along with many other things such as raising cows, chickens, and pigs. Now Farm to Vittles specializes in fresh produce, mushrooms, and pasture-raised chickens. Along with row crops being the main focus, the farm has started a small pig and new egg operation to help with land rotation.

“It has always been very important to my family to be as natural as possible. We have started a small pig operation that allows the hogs to roam the land and keep the brush down. We also have a pond that is used for irrigation purposes. If I had to describe our main goal, it would be to work with the land, not against it.”

The original farm had roughly 5,000 acres of land. Over the years, that land has been split between the family’s children. Farm to Vittles currently occupies a little over 80 acres of the land. The family has made an effort to preserve the history and authenticity of the farm. The original old iron well built by April’s great grandfather is still a part of the property, along with the house her grandfather built in 1985 on the farm’s foundation.

Not only is Farm to Vittles a woman-owned and operated farm, but they also teach life skills through agriculture to autistic members of their community. An idea that was started initially by April’s grandmother and continues to inspire the surrounding community. “Right now, we have three participants on the spectrum. Our goal is to expand that number by reaching more community members. There are many therapeutic principles of horticulture and agriculture that help allow people to express themselves. Not only that but working in agriculture gives them a sense of purpose and pride when they produce something.”

April says that farming is difficult but necessary and fulfilling work. At Farm to Vittles, inclusion cultivates innovation, and the success of the farming industry requires diverse perspectives. In the future, they hope to continue the family legacy of hard work and preservation of family land. April Simpson described how much the farm meant to her parents, grandparents, and great-grandparents. She also shared how it is important to her and her brother to keep the farm within the family for future generations.

“Being a century farm is something that continues to be very special to me, and I plan to continue the legacy that has been built on the land thus far.” Currently, Farm to Vittles aims to maintain healthy farming practices and provide people with the fresh foods they need.

Century Farm applications are accepted year-round and can be found at https://www.ncagr.gov/paffairs/century/application.htm or you can contact the North Carolina Department of Agriculture and Consumer Services Public Affairs office at (919) 707-3002. To be eligible for Century Farms, a farm must have had continuous ownership by a family for 100 years or more.