State Forest or State Park: Do you know the difference? 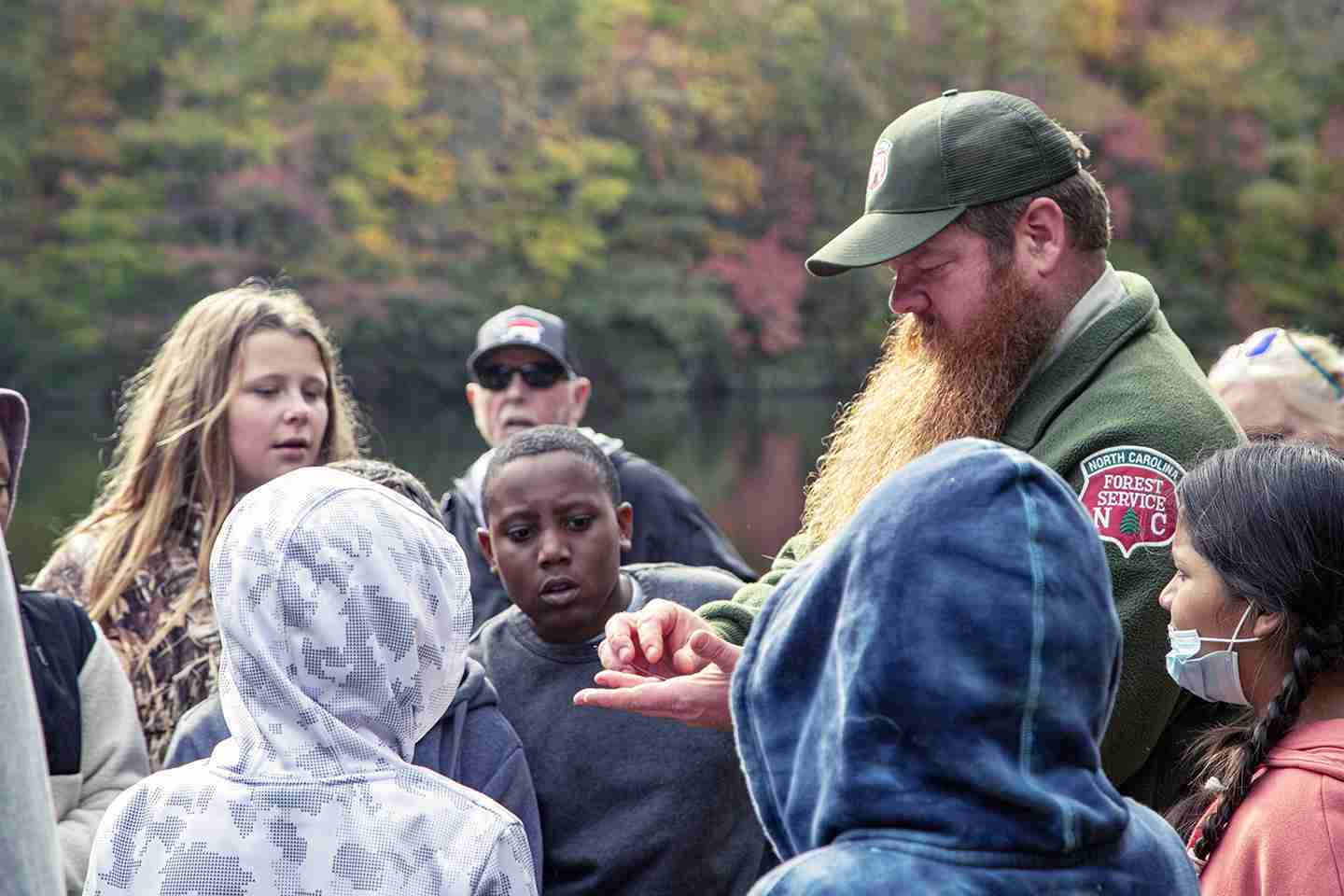 Rangers, fishing, educational programs and the use of prescribed fire are a few things that state parks and state forests have in common in North Carolina. Because of this, not being able to easily distinguish a state forest from a state park is a trap most people fall in. Probably the most common denominator between state parks and state forests is the fantastic trail system that is found in both. Whether it ushers visitors to a waterfall, assists them in reaching the mountain summit or guides them though a quiet forest, these systems are one of many physical attributes that camouflage a state park as a state forest and vice versa. One of the easiest ways visitors can discern whether they are in a state park or state forest is by the signage found at the entrance. While these agencies share several common goals, and in some circumstances partner to share resources, it’s important to note the differences that separate the two entities. In North Carolina, state forests are managed by the N.C. Forest Service, the largest division within the Department of Agriculture and Consumer Services. State parks fall under the N.C. Division of Parks and Recreation, a division of the N.C. Department of Natural and Cultural Resources which is a cabinet agency. The mission of the N.C. Forest Service is “to protect, manage and promote forest resources for the citizens of North Carolina.” Among these forest resources are wood products and wildlife habitat. Timber harvesting is conducted regularly in the state forests while the operation is a rare occurrence in state parks. The N.C. State Park system’s mission is “to inspire all its citizens and visitors through conservation, recreation and education.” N.C. State Parks are focused on preservation, with minimal manipulation of natural systems. State forests and state parks also offer a variety of educational opportunities and programs. Of the nine state forests, the N.C. Forest Service has dedicated six of them as Educational State Forests. North Carolina’s educational state forest system has been developed for use as living environmental education centers. These managed forests are designed to promote better understanding of the value of forests in our lives. One of the unique features offered at the educational state forests is the Talking Tree Trail, showcasing “talking trees” that contain recorded messages that educate the listener about the forest.

State forests and state parks also share common approaches when it comes to the prevention of wildfires on their respective public lands. One of the most effective tools in reducing the risk of devastating wildfires is the method of planned, low intensity prescribed fire. Many folks might remember images of the Grindstone Fire at Pilot Mountain State Park in November 2021. As an emergency response agency, the N.C. Forest Service managed the Grindstone Fire with a similar approach to a prescribed fire. Proper, proactive management of prescribed fire by state parks not only allowed responders to achieve relatively quick containment but also minimized the impacts of wildfire. In either a state park or a state forest, visitors may observe indicators that a prescribed burn was conducted recently.

Both types of public lands are set aside for the enjoyment and education of their visitors. Funded by state revenues, these two entities are dedicated to protecting the natural resources of North Carolina. While both offer a variety of recreational and educational opportunities for all ages, their differences and similarities are what make each unique. And whether you prefer to visit one over the other, it’s important to demonstrate responsible visitation so these collective efforts will continue to go a long way in the conservation of not only North Carolina’s beautiful state forests and parks but also the natural resources that exist within them.