“In the Field” tips for picking a ripe watermelon 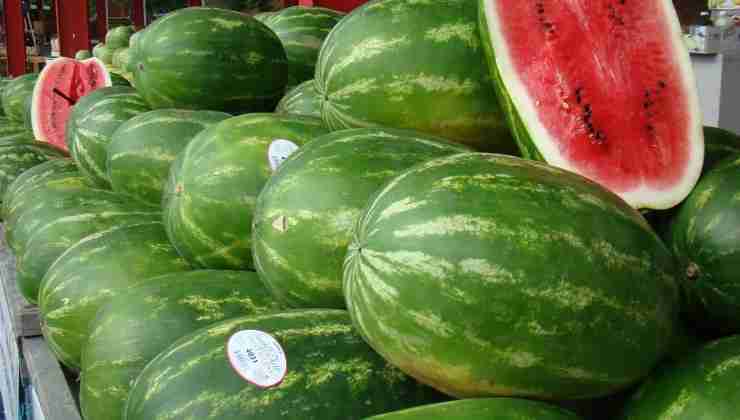 July is primetime for homegrown watermelons in North Carolina. In the heat of summer, few things are better than the refreshment you can find in a sweet ripe watermelon.

Independence Day is certainly a popular time to have watermelon during holiday meals. So if you need to pick out a watermelon for this July 4th, farmer Roy Herring offered some standard tips to give you peace of mind when picking a ripe one. (Yes, he’s this writer’s dad!) He’s been growing row crops and produce for decades, including peaches and watermelons, just to name a few.

Unlike many other fruits, the overall color, aroma or softness/feel are not indicators of ripeness for watermelons. Without those cues, many people have reservations about whether a watermelon they find in the grocery store, farmers market or roadside stand is actually ripe. In video and written form, here are a few things knowledgeable farmers look for when picking a watermelon, and you can check for a few of them too:

Forget the tips. Trust a farmer.

Ultimately, if you’re buying your watermelons from a place you trust, the farmer has already picked the watermelons that seem to be ripe. That should take a lot of guesswork out of your decision when you’re standing in front of a pile or large container of watermelons. Whoever picked it already decided it was probably ripe, so all the watermelons will likely have hallow sounds and yellow/cream spots on the bottom. So, you should be able to confidently pick any watermelon that’s for sale.

Just trust the farmer who picked it. The decision about ripeness has basically already been made. It’s important to remember that even the most experienced watermelon picker will occasionally make a mistake. There are no guarantees. …except you may find a produce seller who agrees to replace any watermelon that ends up not being ripe. That’s a nice safety net. If you have to have a watermelon for a special event, always buy more than one, just in case.