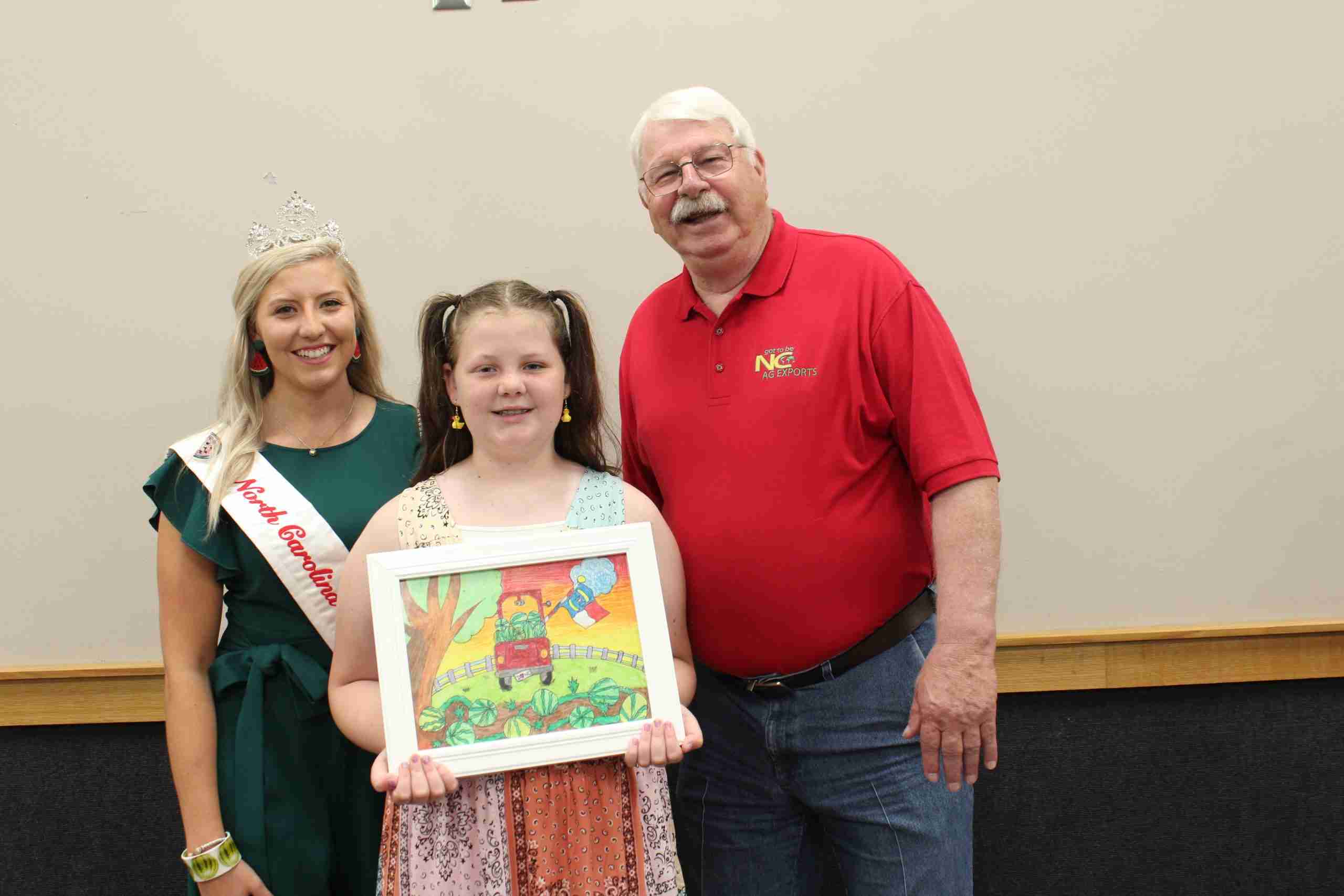 22-year-old Emory New is polished and proficient, especially when it comes to all things agriculture. This year she graduated from N.C. State University with a bachelor’s in biological and agricultural engineering. She is continuing her education in business and biotechnology, earning her second degree, both within five years.

Emory grew up in the rural town of Nashville, east of Raleigh. While attending Southern Nash High School, she was very involved in various clubs and activities, especially leadership roles within FFA. While talking to Emory about her childhood, she shared that she comes from a family of farmers and that agriculture has always been a significant part of her life.

“In 7th grade, I took a robotics class. I remember it creating a passion for problem-solving and critical thinking. I wanted to use that passion to solve problems in agriculture. That’s why I made
the decision to attend NC State.” In the summer of 2021, Emory was an intern at Kornegay Family Farms and Produce. “I think that was when I really had an epiphany that agriculture is where I want to be and need to be.” The experience “relit a fire in me.” Working every day directly with farmers gave Emory a fundamental understanding of what it really means to work in agriculture.

In March of 2022, Emory was crowned North Carolina’s Watermelon Queen by the N.C. Watermelon Association. NCWA is made up of members who serve to protect and promote the interest of the state’s watermelon industry. A state queen is chosen to represent the association each year. In high school, Emory was crowned Miss Pumpkin Queen, making her a mentor and role model for many younger girls. “I always had that ambition to give back.” That ambition led Emory to apply for the title of Watermelon Queen, along with her newfound knowledge of produce production gained during her summer internship.

“Being Watermelon Queen, I’m able to spread knowledge about agriculture. I think it’s important that people know where their food comes from. And it’s always fun to share interesting information, like how to pick a good watermelon.”

Emory is currently an Assistant Project Engineer at Agri-Waste Technology in Apex. “You don’t have to physically work on a farm to be connected to agriculture,” said Emory. She also shared that she believes young people are the future of agriculture. “Young people have fresh ideas. The farming industry is constantly changing, and young farmers are equip to adapt to those changes.” Whether they realize it or not, everyone’s connected to agriculture in some way; the clothes they wear, the fuel that’s in their cars, and the food on their plates; it all comes from farms

One of Emory’s many goals for the future includes informing people about what agriculture truly is. She plans to do this by using her technology background to communicate between farmers and consumers. “I have always seen myself as that bridge between a producer and consumer, which is something that being Watermelon Queen allows me to do.” In the meantime, she hopes to continue to be a positive role model to those around her and continue her pursuit of knowledge.