Father’s Day is just days away, and if you’d like to give your dad something that also supports North Carolina farmers and/or businesses that make products in the state, this list may help. One place to start is the “Find Local” section of the Got to Be NC website – https://gottobenc.com/find-local/ It has farms, farmers markets and all sorts of N.C. businesses, from shave soap makers to spice makers and distilleries.

You can order online from most places on this list, but visiting in-person may also be a good option too. Check each website for more information.

Foods with Flavors that Fathers Love 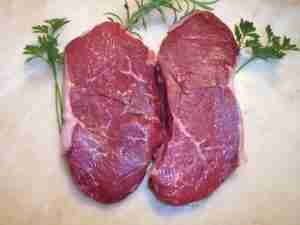 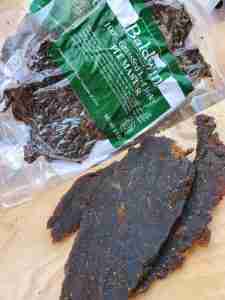 + N.C. beef. Beef sticks. Jerky.
Baldwin Beef (Caswell County) – baldwingrassfedbeef.com
This company near Yanceyville offers grass-fed beef straight from the farm. Flavored beef sticks and jerky are an option too. Shipping fresh beef can be expensive, but you also have the option to pick up at the store or at the Carrboro or Elon markets on certain days. + N.C. meats, eggs, cheese, etc.
MAE Farm (Raleigh/Franklin County) – maefarmmeats.com
With a farm in the Louisburg area, Mike Jones and his family have a store front in the State Farmers Market in Raleigh. They offer farm-fresh meat, dairy, eggs, cheese, and more.

+ Premium meats. Steak of the Month Exclusive Membership.
The Butcher’s Market (Raleigh/Cary/Holly Springs/Wake Forest/Wilmington) – thebutchersmarkets.com
A gift certificate to this store may be a good idea for dads who love a good steak, or any top-notch beef, pork, poultry, seafood or even exotic meat (wild boar, duck, rabbit, alligator, foie gras, quail, etc.). A Steak of the Month Exclusive Membership could be a real treat, and you’ll also find many North Carolina products in the specialty grocery section of the stores.

+ Goodnight Brothers & Dan’l Boone N.C.-cured country ham.
Goodnight Brothers (Boone) – goodnightbrothers.com
Goodnight Brothers is the company behind the popular Dan’l Boone country ham and other cured pork. It’s perfect for a country ham biscuit. You can order whole cases online, but the ham is also available in lots of grocery stores and specialty shops across the state. The pork is sourced from N.C. and other states. The company says Goodnight’s all natural “AWA” labeled products are all sourced from within N.C. in partnership with sustainable and animal welfare focused farms. You’ll find the all-natural products in Whole Foods and Earth Fare stores. + N.C. pecans.
Avenue Gourmet Pecans (Sampson County) – avenuepecans.com
Avenue Gourmet grows its pecans on a farm with more than 250 trees west of Clinton. (only occasionally needing to source from other N.C. growers and neighbors) The online store offers tins and bags of pecans covered with chocolate, cinnamon and vanilla. You’ll also find bags of shelled and in-shell pecans.

Seasonings for the Grill Master or King of the Kitchen

+ Shaving brushes, shave soaps, beard oil & cologne.
Carden Farms (Franklin County) – cardenfarmsnc.com
Dennis and Carol Willis have a beard, shaving & body care line that they handmake on their farm. The wood for their handmade/hand-turned shaving brushes comes from their land, and they infuse some of their own herbs and flowers into their colognes, perfumes and other products. You can shop through their Etsy page. It may help to click on the shaving, beard care and/or gift sets sections.

+ Shave soaps, beard oil, hand salve & skincare.
Carolina Shores Natural Soap (Surf City) – carolinashoresnaturalsoap.com
Carolina Shores on Topsail Island offers beard oils and shave soaps, along with several other skincare and home products. Owner and maker Lisa Keenan says the rich natural ingredients she uses make a noticeable difference in how the shave soap lathers and how the beard oil nourishes. Hand salve with raw beeswax may be a good idea for your dad too. Keenan says that beeswax comes from Shaken Creek farm near Burgaw, which also provides honey for some of her soaps. She sources local muscadine grapes for another soap and a lip butter. She and her family also grow loofas and several herbs and flowers to use in several of their products.

+ N.C. cotton jeans.
Wrangler (Greensboro) – wrangler.com/shop/men-featured-collections-rooted
Wrangler‘s Rooted Collection jeans are made with cotton sourced right here in North Carolina. The farm Wrangler works with may change from year to year, but right now the Rooted Collection jeans you can buy are made with cotton from Jack Buie’s farm near Raeford. The straight-legged slim “cowboy fit” jeans have a few special N.C. features, including a stamp of the state on the rear pocket patch and a stitched state outline above the left pocket.
The company works with only a few other states to make jeans from that state – California, Alabama and Texas (and previously Georgia also). You’ll also find t-shirts, including a North Carolina one, on the Rooted Collection webpage. Cotton for all the t-shirts comes from farms in Texas.

+ N.C. cotton T-shirts.
Solid State Clothing (Burlington) – solidstate.clothing
Solid State makes T-shirts from cotton sourced entirely from North Carolina farmers. The shirts are also made within North or South Carolina. In fact, to pin the company to Burlington oversimplifies the multiple locations involved. For example, once the cotton leaves a N.C. farm, it goes to Sanford to be spun into yarn, then Lumberton to be knit into fabric. The fabric then goes to Morganton to be sewn and then to T.S. Designs in Burlington for dyeing and final production. According to the website, “A unique QR code label on each shirt even lets you track the making, from dirt to shirt, by providing information on each business involved in the process.” Click on the “North Carolina Cotton” section of the website to be sure you’re finding the shirts sourced from N.C. cotton.

Lots of fathers may appreciate a nice bourbon or single malt whiskey, especially if it’s sourced from North Carolina. Several distilleries in the state use grain that’s produced from North Carolina grain. You can find some of these at local ABC stores, or check each website for information on purchasing at each distillery. Here’s a short list familiar to the Got to Be NC program:

+ Bourbon.
• Big Winston bourbon. Broad Branch Distillery (Winston-Salem) – broadbranchdistillery.com
Broad Branch even provided a breakdown of the grain in its bourbon. It’s a majority corn from N.C., with some malted barely from N.C. and a little Rye from Washington. The company’s Nightlab, Frank’s Reserve and Smashing Violet spirits also use a great bit of N.C. grain (and N.C. blueberries in Smashing Violet).
• John A.P. Conoley Whiskey. Bogue Sound Distillery (Bogue) – boguesounddistillery.com
• Heart of Mystic or Bottled in Bond. Mystic Farm & Distillery (Durham) – whatismystic.com
(Also, the Soul of Mystic is a clear distilled spirit – definitely not bourbon – but it’s made with N.C. corn and wheat.)
• Any Southern Star bourbon. Southern Distilling Co. (Statesville) – southerndistillingcompany.com
• Any Weldon Mills bourbon. Weldon Mills Distillery (Weldon) – weldonmills.com
The company’s website state’s “everything we use from the water, to the barley, corn and wheat are locally sourced in North Carolina.”
Technically, being “sourced” means simply getting ingredients from North Carolina companies, such as malt makers (see the beer section below). So there are no guarantees that 100% of the ingredients are actually grown by farmers in the state, but a good bit of the grain is coming from N.C.

You’re not likely to find a beer with 100% North Carolina ingredients, but your dad may enjoy one that comes very close. There just aren’t enough “good” beer hops grown in North Carolina to be a source for the state’s craft brewers. (Drying, processing and storing is another issue.) However, hops only make up a small percentage of a beer overall. So if you find a beer with 100% N.C. grain (and also N.C. yeast and water), you’ve found a beer that’s almost certainly made with 95-99% North Carolina ingredients, which benefits the farmers who grew them.

Three companies in the state are the major middlemen when it comes to getting grain from North Carolina farmers to brewers in the state. They take the grain (wheat, barley, oats, rye and/or triticale) and make a malt that the brewers can use – Riverbend Malt House in Asheville, Carolina Malt House in Cleveland and Epiphany Craft Malt in Durham. Even if their malts aren’t always 100% made of N.C. grain, they’re at least using some or a majority of grain from the state. So several breweries that use their malts get a nod here.

Here’s an incomplete list of some North Carolina beers and breweries that use 100% N.C. grains or mostly N.C. grains from those companies for a few of their beers or all their beers.

You’ll certainly find these beers at each brewery, and some are sold in grocery and specialty stores. Whether all or some of the grains are coming from within the state, these beers benefit North Carolina farmers.

• Schlager Lager Helles lager.* Fullsteam (Durham and RTP) – fullsteam.ag
The “dot-ag” in Fullsteam’s website is a conscious choice for sure – perhaps even a statement. Fullsteam pays so much attention to sourcing locally, that the beers listed on the website include a box to show what percentage of the beer is “local.” The brewery’s “Chief Executive Optimist” Sean Lilly Wilson says the company even finds the rare hops grown in North Carolina on occasion to make a seasonal beer that can truly be made from 100% N.C. ingredients. (Look for those options in late summer and fall.)
Schlager Lager is the current offering with 100% N.C. grain, earning it a 99% local calculation by the company. (The little bit of Saaz hops in the beer are grown elsewhere.) Look for Big Tent golden ale or other 100% N.C. grain beers seasonally.
Fullsteam also ranks the Eno hefeweizen and the Delicata lagered saison as 99% local. Eno uses malt from Riverbend, which sources grain from a 500-mile radius that includes N.C. and several other states. Delicata uses grain from Epiphany, which gets barley from N.C. (specifically Wake County) and Virginia. The triticale (wheat/rye hybrid) comes from Perquimans County, and the Carolina Gold rice comes from Pamplico County. The transparency shown on the beer’s webpage is a thing of beauty!
*[As of Father’s Day weekend, Schlager Lager is no longer on tap at the Durham brewery, but may still be found in cans. A new beer called 6:14 with Riverbend and Epiphany malts is newly available.]

• Forbidden oak-aged rice lager. Smidge India session lager. Apricate India pale lager. Cellarest (Asheville) – cellarestbeer.com (only available at the brewery)
In these three current beers, Cellarest uses a custom malt from Riverbend that uses only N.C. grain. (The other beers at Cellarest use other Riverbend malts with the normal N.C./other states grain blend.) The selection at Cellarest changes often.

Aside from its custom 100% N.C. grain malt (see Cellarest above), Riverbend Malt House’s standard malts use grains from North Carolina and several other regional states (within a 500-mile radius of Asheville, as mentioned above.) How much of each malt comes from N.C. farmers is unclear, but some certainly does, so it’s a decent bet for supporting N.C. agriculture. Here are just a few of the beers/breweries that use Riverbend malts:
• Old Tuffy premium lager. New Belgium Brewing (Asheville) – newbelgium.com
• Orange Krush Kolsch. Wrightsville Beach Brewing (Wrightsville Beach) – wbbeer.com
• Biere de Riverbend Belgian dark strong ale. Fonta Flora Brewing (Morganton, Nebo and Charlotte) – fontaflora.com