From the Lumbee kitchen: A soup for leftovers that won’t be a ‘gaumy mess’ 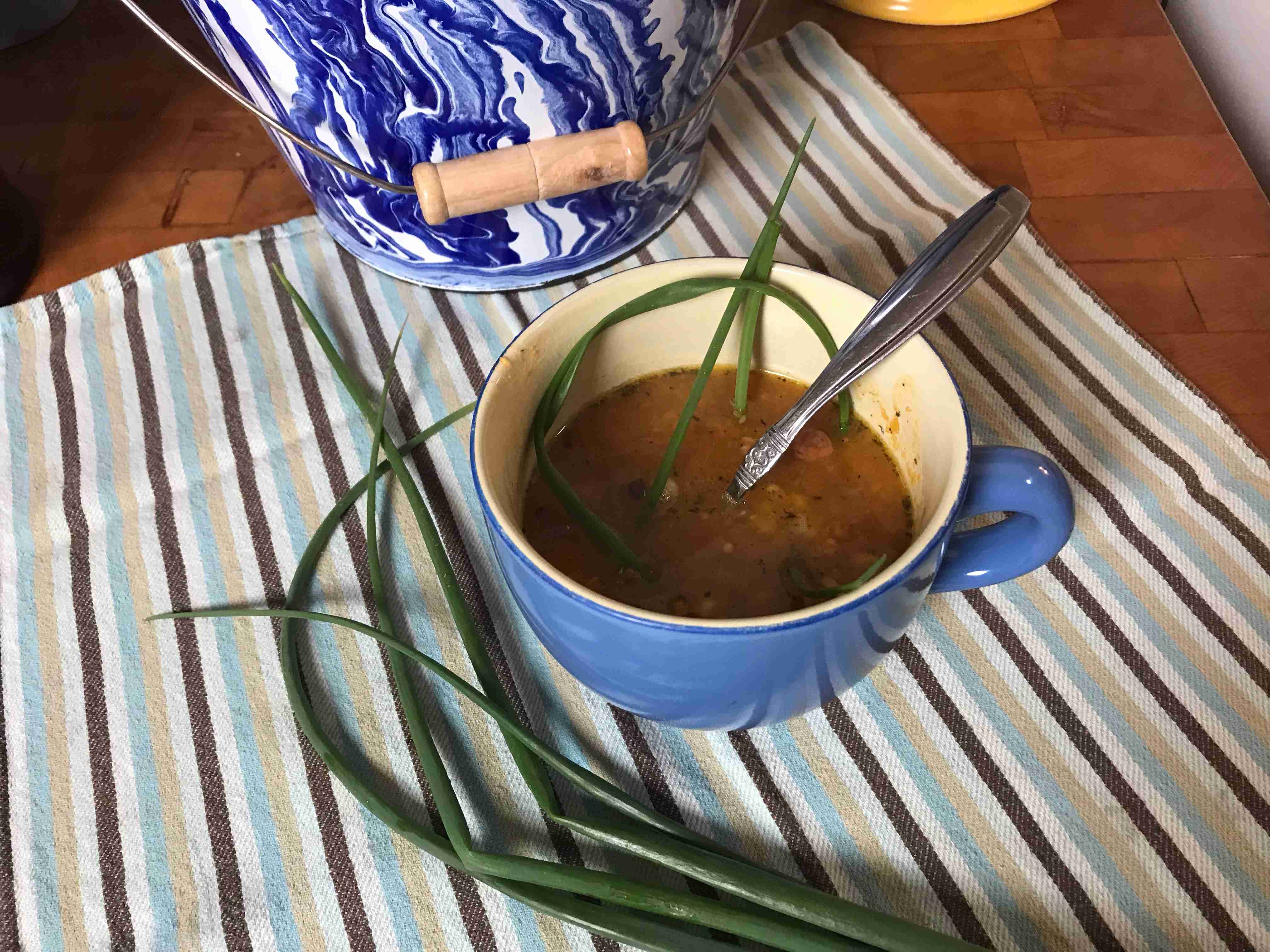 Jamie Locklear grew up in the Saddletree community outside Lumberton in Robeson County. He’s a cultural preservationist of Lumbee foodways.* After the work and stress of putting together a full Christmas meal, his idea for what to do with Christmas leftovers may have you singing “hallelujah! Something simple!”

“It’s not a specific recipe. It’s a roadmap or even a technique for you to use with whatever leftovers you may have,” Locklear said. “You’re not trapped by this recipe. You can use whatever you have. The meat will just be your base. If you use turkey, it’ll be turkey-based. If you have ham, it’ll be a ham base.”

Locklear wanted to stay true to Lumbee roots, so the ingredients for his winter squash soup are all native to America – things Lumbee people could have been growing before European settlers arrived and brought other foods.

“Many of those European foods became staples of southern – and Lumbee – cuisine. We all grew up eating those things, and they’re part of our culture too. We just don’t think about the fact that they weren’t available [at a certain time in history],” Locklear said. “So this soup is a reference to foods that we used in North America before the settlement of Europeans. I wanted to highlight foods that would have been present before colonization.”

A key factor that makes the soup distinctively Lumbee is the fact that it’s not a creamy soup like many squash soups. It’s more brothy. Locklear said he wanted to avoid a soup that could be described as “gaumy” – an old English word that has survived in Lumbee vocabulary.

“Gaumy is used to describe any thick food or substance that one finds unpleasant, and is often associated with grits, rice, chicken and pastry, or soups and stews. Modern butternut squash soup has this gaumy puréed texture that we try to avoid. The Lumbee generally like loose or brothy prepared foods. This winter squash soup is made to be flavorful and thin, much like pot liquor from greens, so it can be sipped slowly from a mug or bowl to warm your hands and spirit during a cold winter day,” according to Locklear.

Locklear went on to add, “adaptability is key. Using what is available and local has been the hallmark of our people forever. It’s an old idea that has recently become very popular as people discover simple living traditions practiced by all of our ancestors globally. So, turkey or ham can be at home in this recipe. Seasonal leftovers can be added to-taste to create your own version. It can be light or heavy depending on how much meat you choose to use. What’s important is that you use ingredients you love. Cook it with love and share. It’s what our people have done for time immemorial.”

Again, just use the following recipe as a general guide. Don’t feel the need to follow it exactly.

“It’s perfect to sip beside a roaring fire talking to loved ones by candles and firelight with no tv or phones to distract from the fellowship of the simple act of eating together,” Locklear said.

*From Locklear: For generations, people of the Lumbee Tribe of North Carolina have lived in the swamps, Pine forests, bays and pocosins along the black water of the meandering Lumbee River in southeastern North Carolina. That resilient nature and adaptability allowed the Lumbee people not only to survive, but to thrive in the face of cultural change.