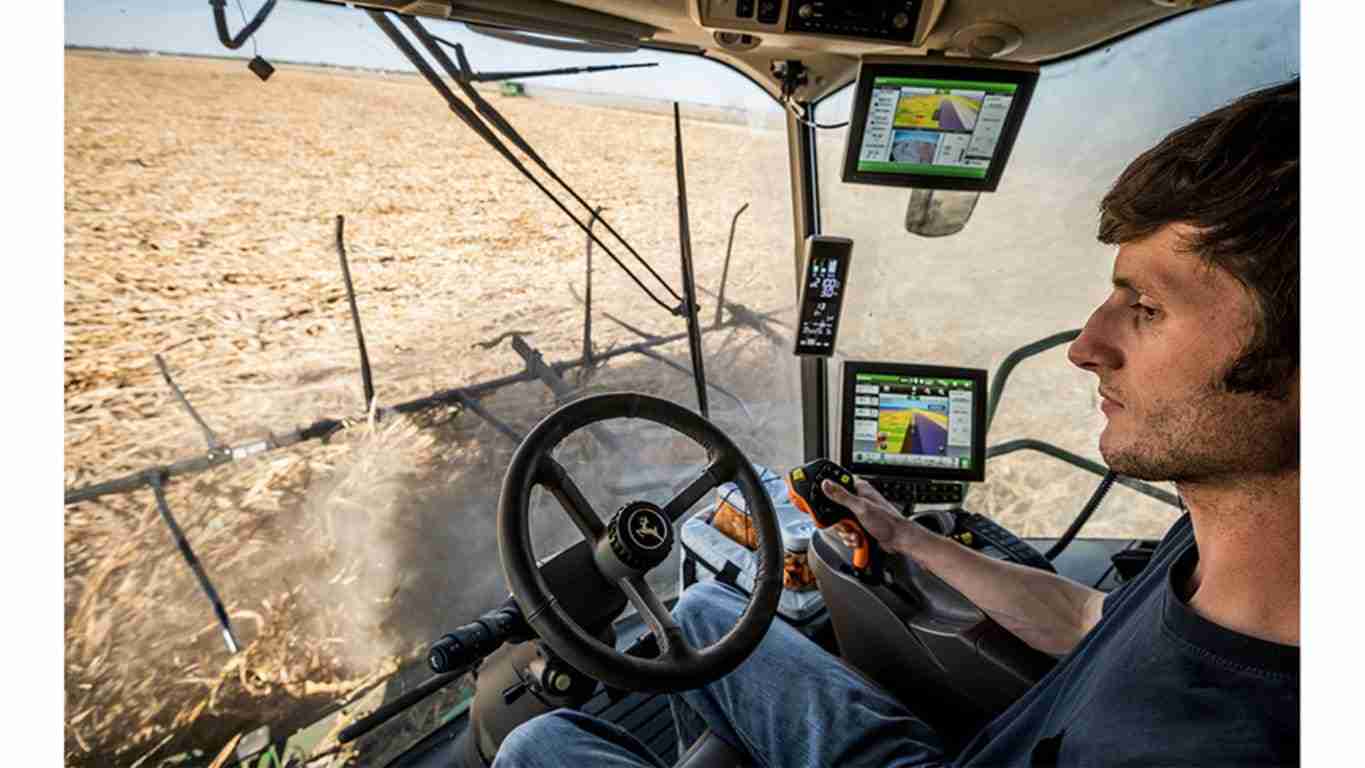 Research Stations Division Director Teresa Lambert expects a new tractor lending program to be a nice boost for two of the state’s agricultural research locations. It already has her dreaming about expanding the program too as a way to help even more stations with their important work.

The program involves John Deere lending $1.28 million worth of tractors. That comes out to nine large tractors, each equipped with the company’s GreenStar guidance system. The tractors will go to the Central Crops Research Station at Clayton and N.C. State University’s Lake Wheeler Road Research Lab just south of Raleigh. The research farms will be able to use each tractor for 200 hours or twelve months. During the current five-year agreement, John Deere dealer Quality Equipment will pick up the lightly used tractors around the beginning or end of each year and drop off new ones for the next 200-hour/12-month period.

The Central Crops and Lake Wheeler Road locations were chosen because of their proximity to N.C. State University. As part of the program, the field research locations must allow students to use the tractors for educational purposes for four of the 200 hours allotted. Agricultural students from the university should easily be able to get to the locations. Lambert explained it’s a good way for John Deere to get their technology in front of the students. She mentioned that young people have grown up with advanced technology such as GPS guidance systems, so it’s natural for them to work with it and even expect it to be a part of everything in their lives.

Lambert is eager to get some more equipment. She says since the nine tractors are large pieces of equipment with 200+ horsepower, they could be especially helpful with some big work such as silage harvest when really large reliable tractors are needed.

“We have some situations right now where we have large tractors in the shop, and if I could get [those stations] a new tractor that would be great,” Lambert said. “If I could get 200 hours on somebody else’s tractor, that would really help.”

Lambert said funding approved by state lawmakers helped the Research Stations Division get around $5 million in new equipment in 2013. Much of that equipment is now starting to show its age. So Lambert is already starting to think about the possibility of implementing a similar program at other stations. It certainly could help save the state money in the equipment budget.

“Equipment on stations is very well taken care of, but it gets used [a lot]. Some may be pushing 10,000 hours right now,” Lambert said. “So if we could make this work all across the state, it would be really great.”

If the educational component were a part of any future tractor loan programs, the need to be near college agricultural programs would remain. Lambert has already thought about possibilities with the Upper Mountain Research station in Laurel Springs, which is within 30 minutes of Appalachian State’s sustainable agriculture farm outside Boone. Warren Wilson college east of Asheville also has an agricultural program, and that campus is 30 minutes from the Mountain Horticultural Crops Research Station south of Asheville. There are at least a few other possibilities across the state.

The Horticultural Crops Research Station in Clinton already takes part in a similar government/university tractor lending partnership with Case New Holland and their local dealer. Station Superintendent Hunter Barrier said beginning in 2012, Clinton Truck and Tractor (now Carolina Agri Power) has lent the station a tractor. Station employees “spec out” a tractor that will meet the station’s needs (horsepower, wheel spacing, etc.) and then take delivery of the machine in the spring. After 100 to 200 hours of helping during the busy growing season, the dealership takes the tractor back and can sell it used. This year, the station had a Case IH Maxxum 150 tractor through the program.

“It’s always convenient to have access to an additional tractor during the spring when tillage, spraying and planting operations overlap,” Barrier said.

He mentioned that other stations have participated in the program like the one in Clinton, and even some research faculty have worked out their own agreements.

“We have a Case IH Puma 240 tractor worth $200,000 or more here at Clinton that was leased to Katie Jennings with NCSU’s Department of Horticultural Science. That machine is being used by her graduate students to conduct research using a Weed Zapper machine,” he said.

Lambert hopes the success of the Case IH program in Clinton is a good sign for the program launching with John Deere. She wouldn’t mind if more tractor brands and tractor dealers across the state were motivated to help the idea expand. The benefit to dealers includes corporate incentives and the ability to easily sell slightly used farm equipment, which is generally in high demand.

The five-year John Deere program officially kicks off on January 1, 2022.