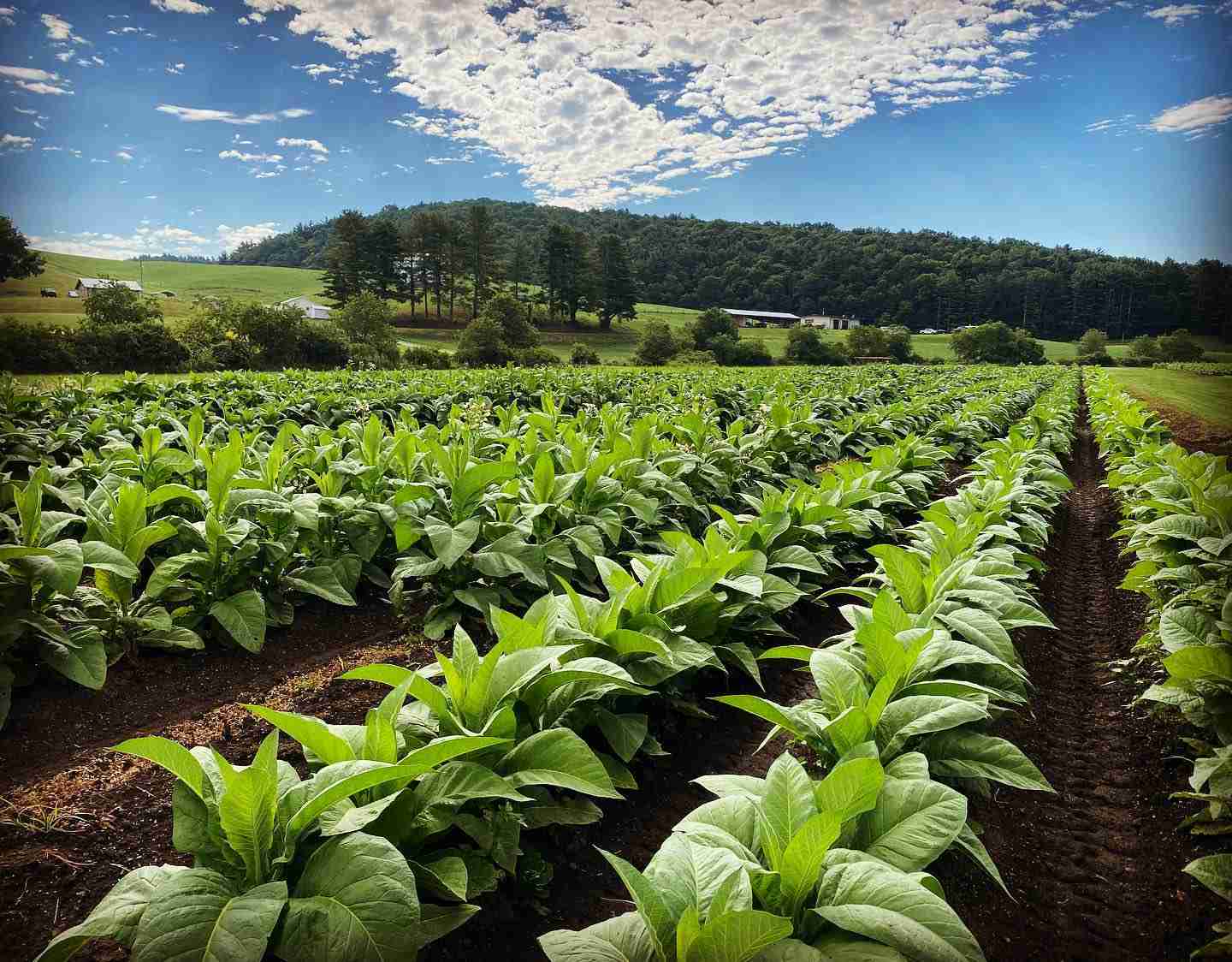 Growing tobacco in North Carolina is nothing new, but tobacco that can sell for nearly $6 per pound certainly is. The recent norm for the state’s traditional flue cured or burley varieties is close to $2 per pound. However, some work at the state’s agricultural research stations means the jaw-dropping $6 figure may become more than just fantasy for some North Carolina farmers.

Dr. Matthew Vann, a NCSU professor and tobacco extension specialist, is leading a research project that explores the possibility of growing expensive cigar wrapper tobacco in the state.

“We know there’s an increased demand in this type of tobacco, and we think demand may be outstripping the traditional production area,” Vann said.

That traditional growing area is the Connecticut River Valley (parts of Connecticut and Massachusetts) and south central Pennsylvania. In more recent years, growers in Kentucky and Tennessee have also grown the tobacco – using their experience in growing similar tobacco for snuff and chewing tobacco. With the price it garners and the need for more producers, it’s easy to understand why.

Vann said the idea to get North Carolina into the game started with Chad Moody, at the Mountain Research Station in Waynesville. In a conversation with Vann, Moody mentioned how tobacco was once a much larger part of the North Carolina landscape and economy and how the tobacco buyout and the market crumbling led many farmers to quit tobacco farming. However, Moody said he thought the cigar wrapper tobacco could be grown in the state, particularly the western part where it could be a good fit for smaller farms that have grown burley. Vann ran with the idea. The general thought was “why not us too in North Carolina?”

“We have a lot of knowledge and infrastructure, plus the research and extension to figure it out and help farmers understand and make a business out of it,” Vann said.

The tobacco used for cigar wrapping is a type of “dark tobacco” that’s specialized just for cigars. It has some similarities to burley tobacco.

“There is a lot of burley tobacco knowledge and equipment around,” said Tracy Taylor, the superintendent of the Upper Mountain Research Station in Laurel Springs. “Dr. Vann started this project thinking that people who used to grow burley could maybe grow this as an alternative.”

“With burley we can go in and ‘grip and rip it’ and get it in the barn, but with this cigar tobacco you have to be more gentle because the quality is so important,” Taylor said. “We have to be a lot more careful about insect damage and such too.”

Taylor said there’s been a significant learning curve in figuring out how to handle the cigar wrapper tobacco. While much of the equipment is the same as what’s used for burley tobacco, there’s been a need for a whole new mindset.

“It’s mostly just cultural practices that are different. It’s just not the same as burley,” Taylor said. “The first year we treated it like burley, and we learned a lot about things we needed to change. We’ve learned a lot about what we can tell farmers about how to handle it.”

That’s just the type of information Vann has hoped to gather in the research. Now as the project enters year three, Vann hopes to gather even more information to help potential growers. The first two years of the project were mostly at the Mountain and the Upper Mountain research stations. That will continue this year, along with the Oxford Tobacco Research Station and the Central Crops Research Station in Clayton.

“We feel pretty good that we can deliver the quality needed to make the product that’s desired, but it’ll come down to educating growers about how to do it,” Vann said. “Our goal is to grow a perfect leaf, and you have to handle them with a velvet glove to make that happen.”

It’s a labor-intensive process, but there seems to be financial promise for farmers willing to learn and focus on the cigar wrapper tobacco specialty.

“I think we still have a lot to learn, but at the same time I think it’s already getting a lot of traction,” Taylor said. “There are tobacco companies looking for contracts. If they’re clipping at our heels that means we have work to do.”

In fact, Taylor said he knows cigar makers are looking for more growers, and they’re already considering any North Carolina farmers willing to jump onboard. He said a few farmers in the state have signed small contracts.

“That’s encouraging when we’re in our second year and companies are already trying to get growers to commit with them,” Taylor said with a bit of cautious optimism. “There’s a chance to make more money, but you have to be really good at what you do to cash in on that.”

Moody knew that growing the perfect tobacco for cigars wrappers could be demanding, but if anyone was up for the challenge – and the reward – he thought it would be western North Carolina’s small farmers.

“I think it could be a perfect crop for farmers who historically grew burley tobacco,” Moody said. “Due to our farms being smaller here in the western part of North Carolina, farmers are able to pay attention to the details, which is what it takes to grow good wrapper tobacco.”

Vann expects to continue the research for another two or three more years – refining production practices and testing varieties for yield and quality along the way. This year, his research team in NCSU’s Department of Crop and Soil Sciences received a $60,000 grant from the New and Emerging Crops Program of NCDA&CS.

“If we did not receive that funding we wouldn’t be able to do some of the things we plan to do this summer,” Vann said.