Even in winter, crews keep busy on agricultural research stations 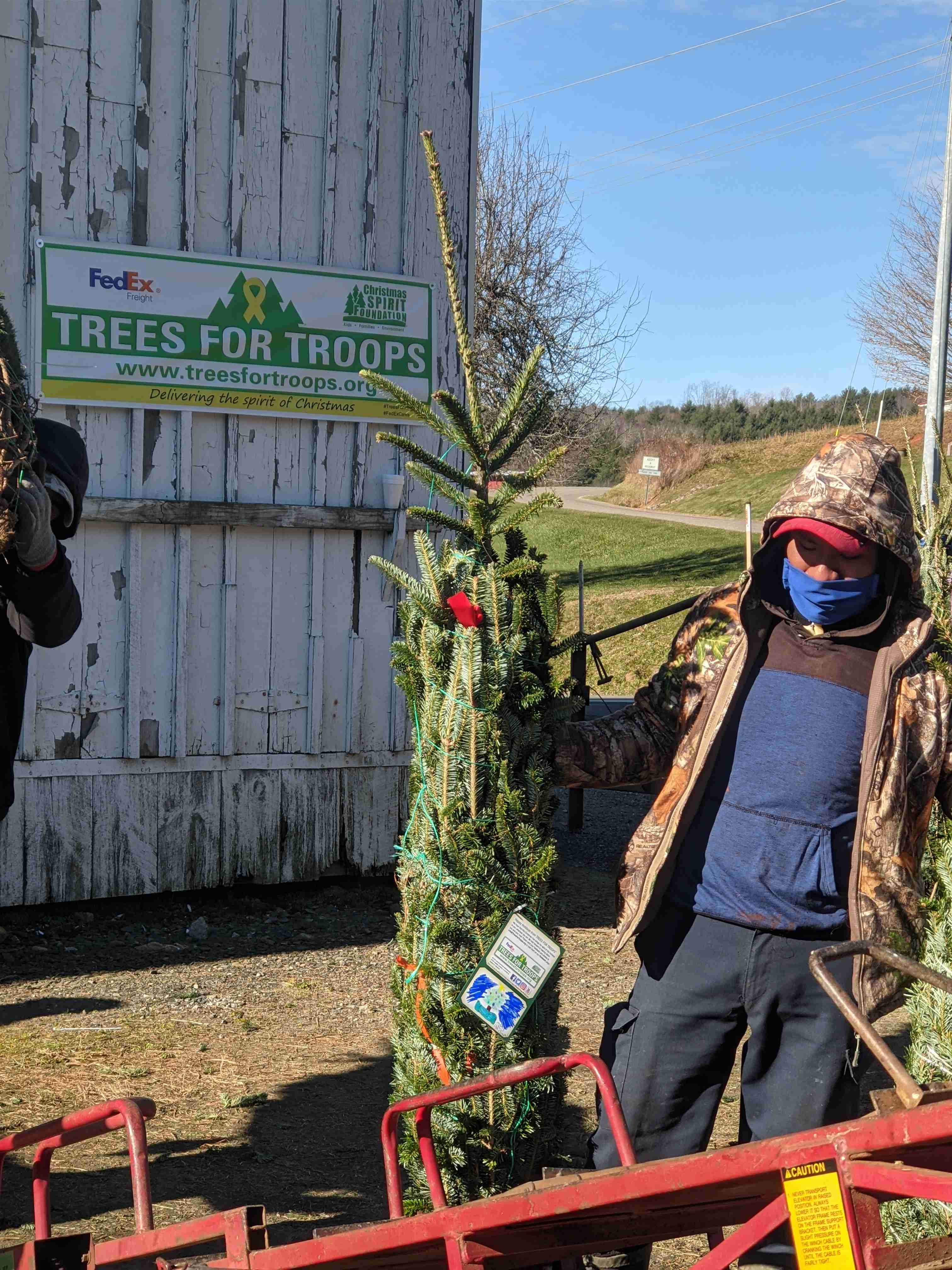 Several of the research stations have livestock, which must be cared for year round. Neither winter nor the coronavirus pandemic will change that. The pandemic has certainly cutback on some activity at the stations in all seasons though. Nonetheless, many things continue as normal during the winter – from work in crop fields, to new construction and administrative and educational activity.

The director of the Research Stations Division Teresa Lambert said several stations have been “topdressing” wheat lately, which means they’re spraying the wheat with nitrogen fertilizer. William Murrow, the superintendent of the Mountain Research Station in Waynesville, mentioned milk research that’s continuing over the winter. In fact, several stations have ongoing research that continues through the winter months. (See below for more examples.) For many stations, a reprieve from the major growing season provides an opportunity for maintenance, educational sessions and paperwork such as placing fertilizer orders.

Here are just a few examples of what’s going on at some research stations in the winter months:

At the Peanut Belt Research Station in Lewiston-Woodville, superintendent Creig Deal described a variety of activities that sound pretty typical for any farm in the winter. His crew has been cleaning, repairing and improving equipment such as the fertilizer injector on a corn planter. They moved the injector so it would work better in the coming year. He said even on the best days equipment breaks down, but winter maintenance can cut down on future problems.

“We’re getting ready for the new year, just like a farmer would do,” Deal said. “We try to get all the equipment in, get it clean, then we can work on it. If there’s anything worn out, we can work on it. So when the [research] project leaders are here in the spring we’re ready to plant.”

There’s also been repainting of buildings as time and weather allows, plus a little construction. The mechanical shop has recently been expanded by enclosing a shelter that was attached to the existing shop. It still needs additional work to be fully functional, but the new space will allow the crew to work on larger tractors and other equipment indoors.

“Winter also provides us time to do the educational stuff that we don’t have time to in the summer,” Deal said.

Some of his crew members take crop-related classes. He and the station’s farm manager take other farm management classes. These are typical for all the stations across the state, and these days they’re all still happening as virtual meetings online.

This month the station is also undertaking its annual peanut shelling task to have peanuts ready to plant in the spring. If a water and irrigation monitoring research project is reapproved, the Peanut Belt crew will also tackle installing new pipes before spring.

All the while, there’s a crop of sage still in the field also. It’s part of a multi-year research project.

“There’s always something to do every day. We are never without a job,” Deal said.

The Upper Mountain Research Station in Laurel Springs is in the process of building a new livestock handling facility, but it’s been so cold and wet, progress has been slower than superintendent Tracy Taylor had hoped for. Nonetheless, Taylor said it’s been a good time to get some newer crew members more familiar with the station. There’s still livestock to tend and some crops to care for. There’s ongoing bioenergy research involving some trees on the station, and Christmas tree research continued into December. There’s also a small grain (i.e., wheat) trial continuing over the winter.

The coronavirus pandemic has put a halt to just about every special event that was planned at the station and any of the state’s research stations. There are usually tours, demonstrations, trainings and other activities for the general public and others involved in agricultural industry or academic research. Field days, which give extension agents and researchers an opportunity to provide information to others in agriculture, were changed to virtual meetings online.

The Upper Mountain Research Station was able to still host a Christmas Tree collection event for Trees For Troops, but it was a much smaller event than usual. It’s the only event the station has hosted since the pandemic began.

Christmas tree farmers with the North Carolina Christmas Tree Association took loads of Christmas trees to the station. The trees were then loaded onto a FedEx truck and shipped to Ft. Hood in Texas.

“That’s just a neat event for the station because trees are in short supply, but our growers still see the value in donating trees, especially this year,” Taylor said. “It feels good to be able to help out especially those military servicemembers.”

At the Horticultural Crops Research Station in Clinton, the crew has also been servicing equipment, getting ready for a safety audit and getting the greenhouse ready. By the end of February, the team will have seeded stevia in greenhouse trays. Stevia is known as a sweet-tasting substitute for sugar, and it’s being studied as a new and emerging crop for the state. Station superintendent Hunter Barrier said the research has continued over a few winters now, and researchers are still working to answer many questions related to stevia’s viability as a profitable North Carolina crop.

“There’s a lot of sorting and going through sweet potato samples and seeing what project leaders want to plant,” Barrier said. “So we need room to get in there and sort everything out. We have more room to work now.”

“It takes a lot of prepartion to get ready for the field work,” he said.