With End of Days comes spirits to enjoy, not fear 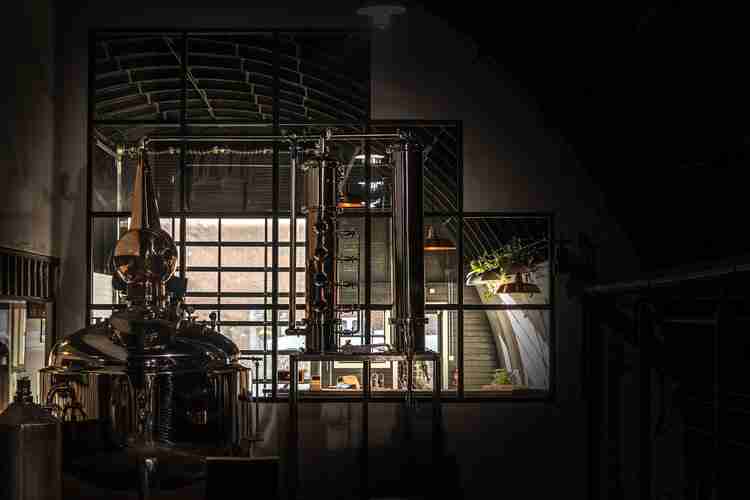 [This article is the first in a series about North Carolina distilleries in honor of N.C. Spirits Month, which was first proclaimed in 2017. Each article is part of a “spooky spirits” theme ahead of Halloween.]

Not far from the banks of the Cape Fear River you’ll find the End of Days Distillery. While a combination of fear and end of days may be enough to spook you, the founders of the Wilmington distillery say there’s nothing to be scared about.

Beth Faulkner, who started the distillery with her husband Shane, said the name “End of Days” comes from a common phrase people use to wrap up a story or a point in a conversation – “at the end of the day.” They noticed the phrase kept coming up in a discussion around a campfire several years ago, and they realized it could be translated into a brand identity for their distillery that was still just a dream at the time. A name was born.

“We all want to have a life well lived,” Faulkner said. “It’s not meant to sound like doom and gloom. It’s meant to be more reflective – at the end of the day what goes into a life well lived?”
For many people a good drink is part of that, and it’s a nice way to end the day.

End of Days Distillery produces three spirits right now – Port of Entry Vodka, Port of Entry Rum and Port of Entry Gin. Also, some American single malts and whiskeys are in the works, and they’ll be released once they’ve properly aged. Some of the grains in those malts and whiskeys are sourced from North Carolina farmers who sell to RiverBend Malt House in Asheville. End of Days has partnered with RiverBend to get some of the unique malts needed in the Wilmington distillery.

The North Carolina sourcing doesn’t stop there. The Faulkners strive to source from within the state as much as possible, and that extends beyond ingredients. Labels are printed by Wright Global Graphics in Thomasville. The branding and label designs come from Ebbing Branding in Wilmington.
At the end of the distillery process, End of Days also partners with farmers.

While End of Days seems to be solidly established, it just opened on February 1st. Just 45 days later a major hiccup came along. The lounge and distillery tours had to close to the public because of restrictions related to COVID-19.

The distillery quickly shifted to producing hand sanitizer. As a new business with just 45 days of operation records, the company couldn’t qualify for any financial assistance programs. So hand sanitizer became a major source of income as the distillery sold to other small businesses, hospitals and other organizations that have been critical in the COVID-19 response. That made it possible for End of Days to provide free sanitizer to people in the local community.

Fortunately for End of Days, the brand’s liquors were also already in several ABC stores, and liquor sales jumped during the stay-home orders. Online sales, pre-orders and curbside service have also helped keep the distillery going.

It’s certainly not the first nine months the Faulkners expected, but they’ve figured out a way to keep their vision alive. They feel proud of what they’ve accomplished so far, and as they navigate what can be a scary time, they have faith about a good future.