Even without the State Fair, there’s no shortage of fair food 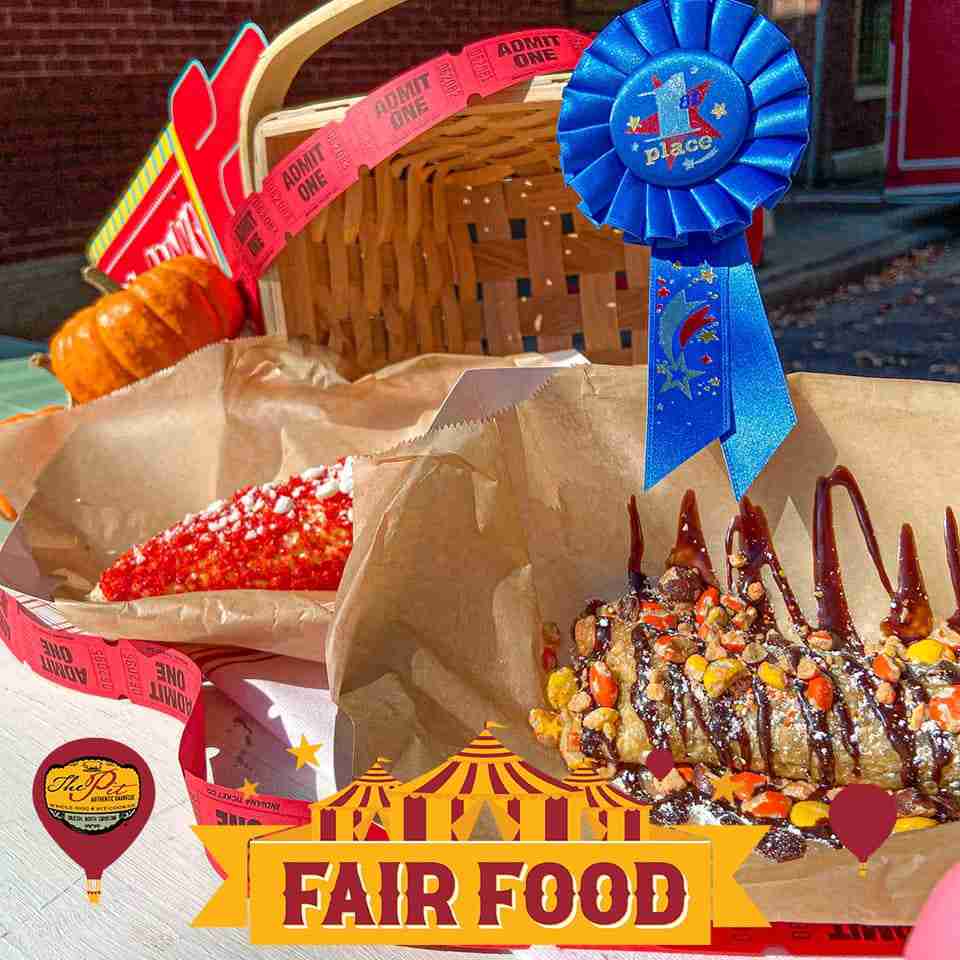 Although the N.C. State Fair is cancelled for 2020, there are a couple of ways the spirit of the fair lives on in some small ways. Junior livestock shows and horse shows are giving participants and their families a taste of normal fair activities, just with some extra safety precautions and without spectators. Lots of restaurants are giving people a literal taste of the fair too. They’ve added some fair-style foods to their menus.

Those restaurant items are in addition to the special food court on the fairgrounds this year during the days the fair would have been – October 15-25. It’s about the only way you’ll find some of the exact same foods you’d normally find at the fair. State Fair staff members worked to organize the pop-up food court with 22 food vendors from North Carolina who were on the previous fair vendor list. They are offering up food for take-out only. Find more details in this menu flyer and on the N.C. State Fair social media.

If you want to get your fair food away from the fairgrounds, many restaurants hope you’ll visit them to get your fix of fair favorites. While special menu items are a treat for you, they could also bring a nice boost in business at a time when restaurants have struggled.

“The idea came up as I was thinking of ways to promote the restaurant, and when I saw the State Fair wouldn’t be open, I just thought we should do some state fair food,” explained Spring Council with Mama Dip’s southern cooking restaurant in Chapel Hill.

It was a similar story for Miller Howerton with Daddy Bob’s Barbeque in Angier. He once ran concession stands, and he decided to put that experience to work by adding fair food items to his menu as soon as he heard the announcement that the fair was cancelled at the end of July. He said he thought about how some people wait all year for some of the food at the fair, and since the fair was canceled he decided he could help fill the void. By the first week of August, customers could get deep-fried Oreos, fried Reese’s cups, corn dogs and more from Daddy Bob’s.

The restaurant was already a mostly take-out establishment, so Howerton said he’s been blessed that his business has fared well in recent months, and the fun fair options have been a nice bonus. He originally planned to end the special items at the end of October, but now may continue offering them through the end of the year.

“I just like to have a variety of things that nobody really has on a regular basis,” Howeverton said. “People have been asking for turkey legs too, so we’ll see if we add those at some point. I think I may end up added some things to the regular menu because people love them so much.”

Fried Oreos are probably most likely to become a permanent fixture, but don’t worry that it’ll push anything off the menu. The fresh meats that are smoked daily will still be the main attraction.

At Mama Dip’s, Council said she and her family go to the fair each year, and one of the things they do is eat, of course. So they wanted to replicated some favorites. The restaurant was serving up corn dogs, fried Snickers, funnel cakes and several other special menu items this month. Unfortunately for anyone who missed it, the special menu items were only for a limited time. Like Howerton, Council said she and her sister Lane Council are considering bringing some popular fair-inspired items back to the menu, but that’s yet to be determined.

Spring Council said the fair food items have been just part of the effort to keep business going recently. She said they’ve been making adjustments without too much trouble though. Hours are currently cut back, and outdoor seating has expanded onto the lawn in addition to the large front porch.

Other special fair food offering are peppered across several other restaurants – apparently all in the greater Triangle area. There are some great options from Warrenton to Holly Springs, and Carrboro to Durham and Raleigh. The News & Observer compiled a list. WRAL Out and About put together a list too and is also adding fair food to its “Cook Like the Pros” series to help you make fair-inspired foods on your own.

While it’s impossible to include every fair food offering, here are some other places with specials this week that didn’t make either list: