Dozens of department employees recognized for project to save trees that “get in people’s hearts.” 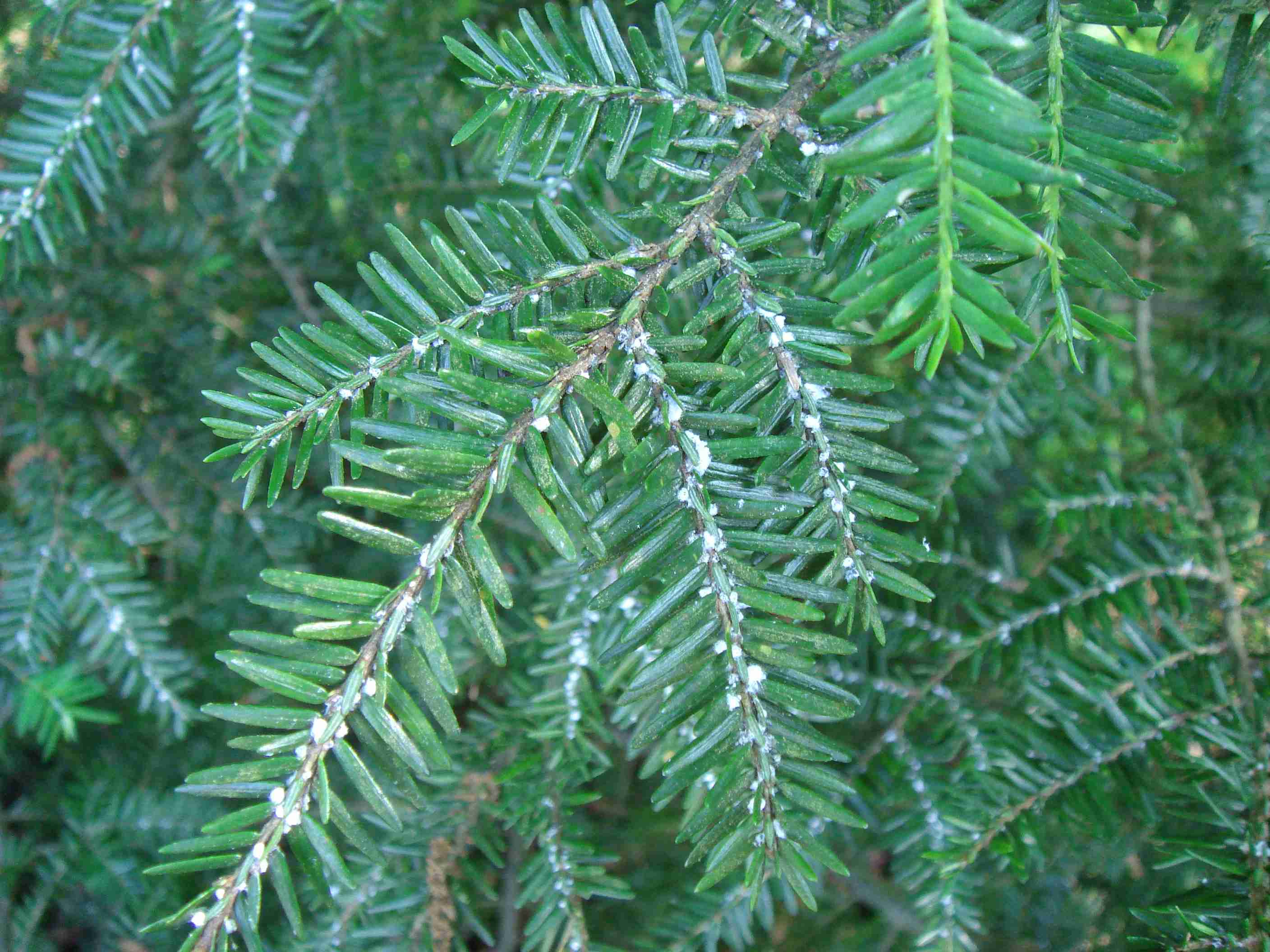 “The project was very complex and difficult.”

That’s just part of the way Robert Trickel with the N.C. Forest Service described a project that prompted a recent award for 41 Forest Service employees. Their success in rising to the challenge earned them the NCDA&CS Excellence in Team Accomplishment Award. After the nomination and selection process, the team was recognized in late July during an online video conference ceremony.

The project goes back to 2018 though. The 41 employees worked together from 2018 to 2019 to chemically treat hemlocks on state lands in Western North Carolina. With good planning, coordination of resources and teamwork, they accomplished a great deal in the effort to save existing hemlocks. Hemlocks in Western North Carolina up to New England are dying in large numbers because of the hemlock woolly adelgid, an insect that sucks the sap of young twigs. An integrated approach to pest management has shown positive results for the survival of Eastern and Carolina hemlocks though.

“Two people with big ideas for getting the job done was not enough,” said Trickel, the head of the Forest Health branch of the N.C. Forest Service. “Forest Health West knew to be successful, they would need to be very organized to have equipment ready, to create procedures for safety and to get the right personnel and keep them motivated.”

The work of the special hemlock team was in addition to any hemlock preservation work done separately at DuPont Recreational State Forest, and it was separate from any work done by the Hemlock Restoration Initiative, which is partially funded by NCDA&CS. (For more information about the Hemlock Restoration Initiative, see this Ag Review article from 2015: https://www.ncagr.gov/paffairs/AgReview/articles/2015/3-15-Hemlock-restoration-funded.htm)

The team started out with a goal to treat 15,000 hemlocks, but they ended up treating 41,620 hemlocks on 1,636 acres. That’s quite the accomplishment considering the tough work it took to complete. For months before the ground work started, two team leaders scouted land, acquired equipment and supplies and got support from necessary participants. They also cleared old forest roads and had new access trails built. Once the actual treatments began, it lasted from November 2018 to April 2019. Members of the team were working on the project in some form or fashion, every week that conditions were right.

“It was steep and rough. We’re talking about 40 to 50 pounds of chemical in each pack, plus tools and equipment, and it was cold. Where hemlocks grow, the wind blows,” said Craig Lawing, a forest health specialist and one of the two team leaders. “We all did our job and did what we were supposed to do from the commissioner on down. No one person made this job work.”

The actual treatment often involved trekking over mountainous terrain and up to three miles into a forest. Getting imprisoned workers through the BRIDGE program was the key to a quick-moving, successful project.

“The whole project – if we didn’t have the guys from the BRIDGE program it wouldn’t have been possible. We had some young, strong guys who were willing work. They cleared out some roads, and they were the ones who went into the forests to do the treatment,” said Brian Heath, the other forest health specialist and team leader on the project. “They were where the rubber meets the road.”

The enormous logistics and the effective execution is what prompted Trickel to nominate the team for recognition. At times there were 25 people on-site at a hemlock stand to make the project work smoothly. That included employees from N.C. Forest Service District 2 who were re-assigned to help do their part in saving hemlocks.

“There’s no other tree like it. It’s definitely unique for our area,” said Heath. “Things that grow back where a hemlock dies aren’t going to benefit the environment in the same way.”

The benefits of hemlocks are notable. They create habitat for some plants and animals, including some endangered species and certain warblers that depend on hemlocks for nesting. It’s a riparian zone tree also, which means it has a big impact on streams, stream temperature and ground temperature. For healthy trout streams or other streams, hemlocks can be critical.

Also, “it gets in people’s hearts,” Heath said. “It’s a neat feeling to be under a hemlock tree. It feels cooler.”

People are also attracted to the aesthetic of the hemlocks, and the appearance it adds to the landscape. The Carolina hemlock only grows in Western North Carolina and a few pockets of neighboring states.

In North Carolina, there aren’t a lot of areas that still have hemlock stands though, Heath said. One area that does is the Kings Creek Tract, which is a NCDA&CS property for forest research, mostly in Wilkes County. That’s where the team did much of their treatments. Other treatment was done at Rendezvous and Tuttle State Educational Forests and South Mountains State Park.

“It’s been a long journey. Over the years I’ve done a lot of work to find trees with infestations,” Heath said. “It’s great to have more than surveys and paperwork behind my name. Hopefully we’ve got something that’s going to last.”

The following 41 employees were honored with the Excellence in Team Accomplishment Award: