Farmland under threat part 1: What is the issue?

As residential and commercial development spread, farmland across America is disappearing at an unprecedented rate.

According to a new American Farmland Trust report, “Farms Under Threat: The State of the States,” 11 million acres of farmland was either fragmented or completely lost between 2001 and 2016, with 4.4 million acres being among the best agricultural land in the country. In that same study, North Carolina ranks second in nation in terms of endangered farmland, behind only Texas.

“Agricultural land is essential for the continuation of our state’s $91 billion agriculture industry,” said Agriculture Commissioner Steve Troxler. “The loss of farmland is among the most serious issues facing our industry today, and preserving that land has been one of my top priorities since I took office.”

So how did we wind up here? It’s a complicated question to answer, but one of the main culprits is something called “low-density residential development,” where land is parceled out for construction projects that make wide areas unusable for agriculture.

“What we’re seeing here is North Carolina is a continuous semi-urban sprawl. It’s not really big development in some areas, but the land is being subdivided so that you can put some houses near the road, which means that you then can’t use the land in the back anymore,” he said. “When that occurs, it really opens it up for additional, larger development to occur a few years down the road. There’s a snowball effect there.”

For many rural communities, attracting development and business is a top priority in order to keep small towns viable. There is an important distinction to make, Hardee said, when it comes to defining LDR development in those kinds of situations.

“The idea of it being within a town or city limits, that’s one thing. When it goes outside two or three miles of that area or even more, suddenly you begin to change how land is being used,” he said. “Everybody needs a home and a good place to settle, but we need to look at the way we’re using land, particularly when it comes to maintaining the agricultural land we already have. Agricultural land is a limited resource. Once removed to another use, it highly unlikely to be returned back into the production of food and fiber.”

Other than simply being open land, farmland is targeted for development because by definition it has been maintained and cared for prior to developers moving in. Farmers may have implemented conservation practices such as erosion control to protect their land, which makes moving into that space much easier for developers than needing to clear out forests or other vegetation themselves.

That problem is exacerbated by a general lack of zoning laws in many counties across the state, said Laura Brookshire, Farmland Preservation document specialist. Gaps in those regulations – or the lack of any regulation at all – make it easy for developers to snatch up prime agricultural land for residential or commercial use.

“If it’s not zoned for agriculture, you open yourself up to all kinds of issues. There’s a situation in my home county of Transylvania where there is no zoning, and they built a Dollar General way out in the middle of the farmland area of the county,” she said. “Of course, people were upset about it, but they never pushed for zoning or things that could prevent that from happening. I don’t think people realize that until it’s too late.”

The loss of farms can have ripple effects through rural communities, Brookshire said. While attracting development may bring business, getting rid of farmland can have the opposite effect.

“Not only are you losing the farm, and that farm is a business, but you’re losing all of the businesses that support that farm,” she said. “Whether it’s mechanics for farm equipment, the people who sell the farm equipment, the processors, the seed suppliers, all of that eventually goes away too and completely changes the local economy in that community.”

Loss of farmland can have far-reaching consequences outside of the realm of agriculture. Transforming previously open land into developed spaces with concrete and pavement creates surfaces which do not absorb rainwater, Brookshire said, which contributes to flooding during the hurricanes North Carolina has experienced in recent years. Impervious surfaces funnel runoff from major rainfall events into rivers and streams, which can lead to major flooding especially in the eastern part of the state.

These issues did not arise out of nowhere, Hardee said. Rather, farmland loss in North Carolina can be partially attributed to the state’s unique agricultural history. Unlike Midwestern states with a history of large farming operations, much of North Carolina’s traditional tobacco farming took place on smaller lots in the 30 to 40-acre range. After the tobacco industry began to decline, small operations became unsustainable, and younger generations of tobacco farmers quickly lost their connection to the land as their traditional crop fell out of viability.

“When the current generation who is maybe later in age passes on, the newer generation often just says ‘I’m going to get rid of it,’ and it goes from being a 40-acre farm to maybe a 10-acre farm because it’s divided between four siblings. Those are the kinds of things that are happening,” Hardee said. “Then you combine that with emigration to our state from places like New York and Pennsylvania, because we’ve got such a pretty area to live in, they take one of those 40-acre farms and say ‘I can divide this out and make five-acre lots out of it.’ The result is another 40 acres transitioned to non-compatible use for most agricultural uses.”

Even when farmland itself is left untouched, development in surrounding areas can effectively make it nonviable for agriculture. People living nearby may consider the odor or noise from an agricultural operation to be a nuisance, leading to conflict and in some cases legal action against farmers. Development also represents a physical barrier to moving equipment and crops from place to place. 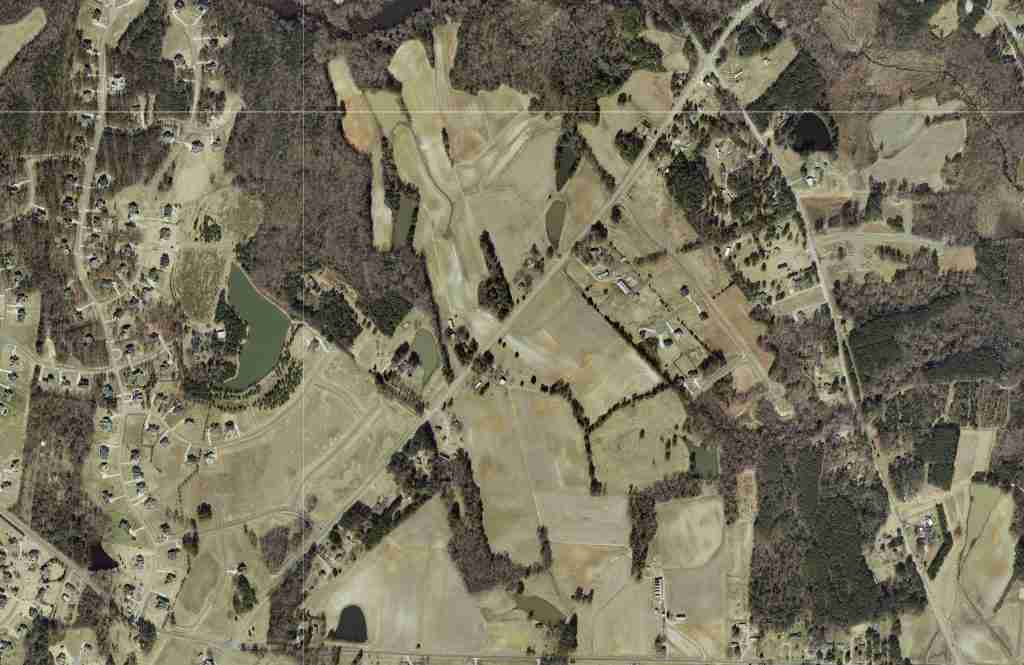 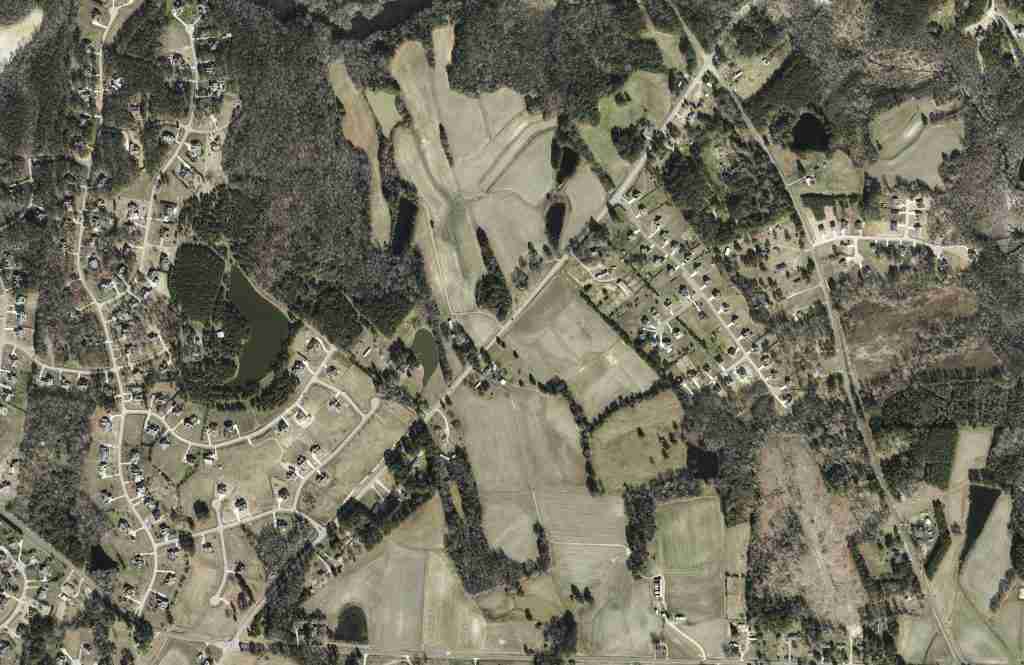 At the same time that farmland is steadily disappearing, farmers who do decide to stay in the business are also often required to substantially increase their size of their operations in order to stay viable. Higher land requirements and more development makes even less land viable for agriculture, as even parcels which may have been usable years ago are still not sufficient for the demands of today.

In the American Farmland Trust report, eight of the top 12 “high response” states were in the northeastern part of the country, where farmland loss began several decades ago, Brookshire said.

“They have the most rigorous programs aimed at conserving farmland, but only because the conversion of farmland has been happening there for so many decades. They saw the loss happening, and they reacted to it,” she said. “It’s hard to compare North Carolina where we are now to somewhere like Massachusetts, because North Carolina is where they were 20 years ago. Not all of our policies and regulations have caught up to fully react to the conversion we’re experiencing now.”

Due to the COVID-19 pandemic it is possible that rural, uncrowded land could become an even more sought-after development commodity than it already is, and the threat of over-development will not go away any time soon. Dealing with these issues will require decisive action aimed at preserving existing farmland and encouraging local governments to take up stewardship of their land. For more information or to read the American Farmland Trust report, visit https://farmlandinfo.org/publications/farms-under-threat-the-state-of-the-states/. You can also learn more about the NCDA&CS Farmland Preservation Division at https://ncadfp.org/.