N.C. Liver Mush Festival one of many canceled this summer 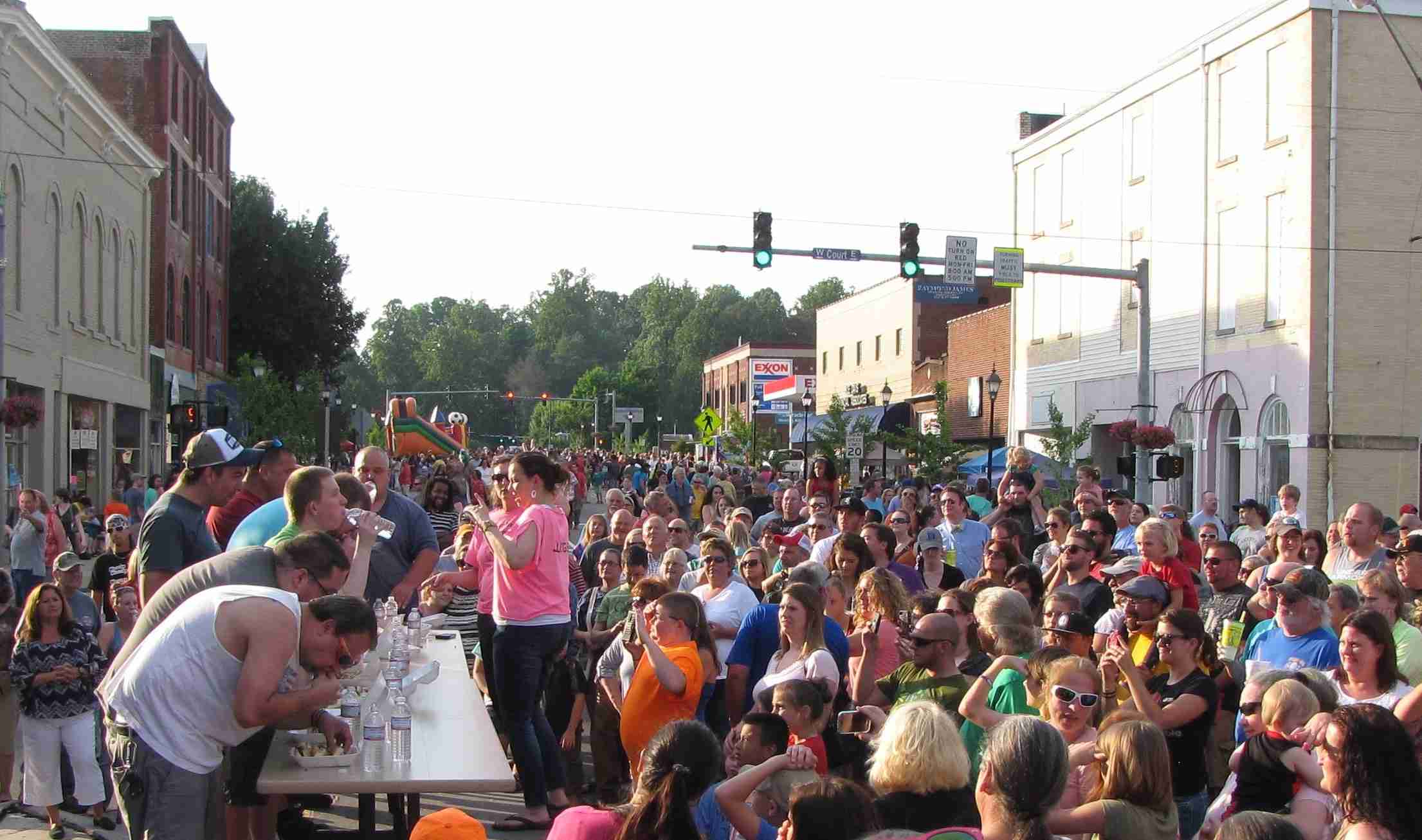 Festivals are among the many things that won’t be normal in North Carolina this summer. The COVID-19 pandemic has forced many events to cancel or postpone. One that could certainly be considered one of the more unique and quintessential North Carolina events is the Liver Mush Festival in Marion. It was scheduled to happen on Saturday, June 6, 2020.

Hopefully, you’ve heard of liver mush, but unless you’re from western North Carolina, you get a pass if you’ve never heard of the Liver Mush Festival. There’s probably a good chance you’ve never heard of a woman named Freddie either, but in Marion, Freddie Killough is the go-to person to talk about the festival. (For the record, Freddie is her given name. She was named after her great grandmother, and she said she knows of a few other women in her area with the same first name too.)

“It would be shoulder to shoulder,” Killough said as she explained why she felt local leaders had to call off the festival. “At the time, we didn’t know what the new rules would be, but we knew we couldn’t have thousands.”

Killough certainly would normally expect thousands. She said Hunter’s Liver Mush, the local producer, usually hands out 1,500 to 1,800 liver mush sandwiches at each festival. People line up for them.

“We do enjoy the festival because it allows us to meet our customers and hear the stories they have to tell,” said Phyllis Hunter Brackett.

Brackett is the youngest of four siblings who have continued the business started by their parents Roy and Gurthie Hunter in 1955. She said not having the festival this spring may just be a way of things working out for the good. Her mother’s health is poor right now, and they’ve had concerns about getting the pork they need to make liver mush.

They use pork jowl and pork liver, and because some processing plants have had to shut down recently it’s been particularly hard finding jowl, and the cost has jumped up too.

“A few weeks ago we didn’t know if we’d get meat, so we came together and prayed,” Hunter Brackett said.

They’ve been able to find other suppliers to fulfill orders, and she said they would have found a way to deliver all those liver mush sandwiches at the festival. However, not having the festival has relieved some pressure and anxiety surrounding meat supplies and Mrs. Hunter’s well-being.

That’s not to say the festival won’t be missed. Again, the Hunter family loves it, and so does Killough. As the Executive Director of the Marion Economic Development Office/Marion Business Association, she organizes the event each year. When talking to her on the phone, I imagined her talking about liver mush and the festival with a little twinkle in her eye. I felt like she was a proud mom, happy to share how awesome her child is. Instead of beaming about a child though, I got the feeling she was beaming with lots of pride about something that’s truly special to the region.

According to Killough, liver mush is part of Scotch Irish and German heritage. Liver mush was born out of a desire to be sure no part of a hog went to waste. It makes use of hog heads and livers, plus corn mill, sage, salt and pepper. With everything cooked together, it’s usually put into a pan to cool. Since it’s already fully cooked, it can be eaten cold. Killough said most people like to heat it for breakfast, often frying it quickly to make it a little crispy.

It’s still common and popular in the region around McDowell County – in about a 50 mile radius, Killough said. With two liver mush producers in Cleveland County, liver mush remains a truly regional specialty.

“Every local grocery store carries it, including the chains,” Killough said. “The weekend we have the festival, every store is wiped out because people visiting go to buy some and take it home.”

The festival began as a feature during one of Marion’s Friday night concerts, but it outgrew that and became its own festival on Saturday evening. It’s one of the few times a popular local band plays. There’s a hog calling contest, a liver mush eating contest, country music and lots of vendors for lots of people.

Killough said she and other local leaders are waiting to see if the festival can be rescheduled. Not having it on the schedule is hard, but she said there wasn’t much of a decision to be made.

“We felt like it was made for it. There was no way to stay in compliance,” she explained.

Killough was kind enough to share her mother Eunice’s liver mush recipe. It was another moment I imagined a twinkle in her eye. It’s a simple but labor-intensive recipe that’s pretty easy to pull from memory. She had to look back at it to share some specifics.

“It’s not in measurements because the liver and the head size vary. You have to adjust the cornmeal to match and to taste.”

Generally, she said the recipe is the following: one head, one liver cooked until completely done then ground in a meat grinder; meat returned to a pot with some broth from cooking the head; then add cornmeal to get to the desired consistency; add sage, salt and pepper.

Hunter Brackett wasn’t even born yet, but she said as the story goes, when her sister Carolyn Ann was very young she cried all day when their mother went to work. She cried so much her eyes were swollen shut. So Mrs. Hunter decided she and Mr. Hunter needed to figure out a way for her to spend more time at home. The idea for a meat-processing shop – specifically liver mush – was born. The recipe used in the family business started with the recipe of Mr. Hunter’s mother, and Mrs. Hunter tweaked it until it was their own. Stories like that have given the company a rich history.

“It’s our heritage. It’s more than a business. It’s our home,” Hunter Brackett said. “The business put a roof over all of our heads.”

In fact, where she and her siblings grew up was half home, half business – home on one side of the building, business on the other. Over the years, the businesses allowed all the siblings and their children to afford a home of their own. Hunter Brackett said their mother grew up in a house with cracks in the walls where snow could get in. So she believed a good home was a wonderful thing, and she made sure each member of her family had one.

Now Hunter Brackett is doing what she can to pass along the business to younger members of the family. She said the slow transition sometimes comes with challenges and second-guessing, but she wants to continue her parents’ legacy.

“I’m going to make liver mush until I can’t,” she said.

While her father passed away 12 years ago, she remains committed to following his lead. One of the many ways he did that was by keeping prices for their liver mush as low as possible, even when stores pushed for price increases.

“My daddy always put the customer first,” she said.