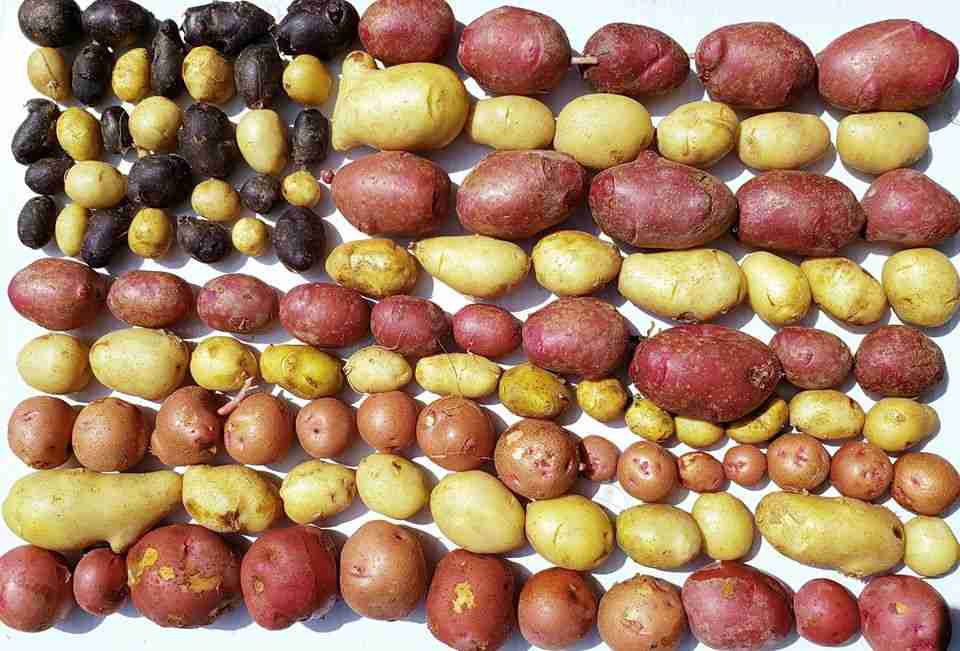 Potatoes are in season in North Carolina, making fresh potatoes a hot commodity right now. If you don’t grow your own, you should be able to find potatoes grown in North Carolina at roadside markets, farmers markets and grocery stores this time of year. Of course, the closer to the grower you can find them, the fresher they’ll be.

If you’re lucky enough to find blue potatoes (sometimes also called purple potatoes), Memorial Day is a perfect time to make red, white and blue potato salad. Some growers even grow red potatoes that are red all the way through (with red flesh), so even if they lose their skin they’ll still be red!

Don’t wait for July 4 to make this patriotic twist on a classic southern dish. By July you probably won’t be able to get freshly dug North Carolina potatoes. So you have to strike while the iron is hot – when they’re right in prime season around Memorial Day.

You can simply mix red, white and blue potatoes instead of using a single traditional color. The following recipe is adapted from one originally shared in Favorite Recipes, published by the Women’s Fellowship at the United Church of Chapel Hill in 1963. It’s an old-school recipe, and it was supposed to serve a crowd. Since most people aren’t gathering in large groups right now, this version is cut by a third to serve five or six people.

Peel and cube the potatoes and cook in salted water until done, being sure not to overcook – usually about five to ten minutes. Meanwhile, boil the egg, then cut up.

Drain potatoes and place on a platter to cool. Mix other ingredients and pour over potatoes. Toss lightly. Sprinkle top with paprika.

For variation, two to three tablespoons of chopped onions may be added.