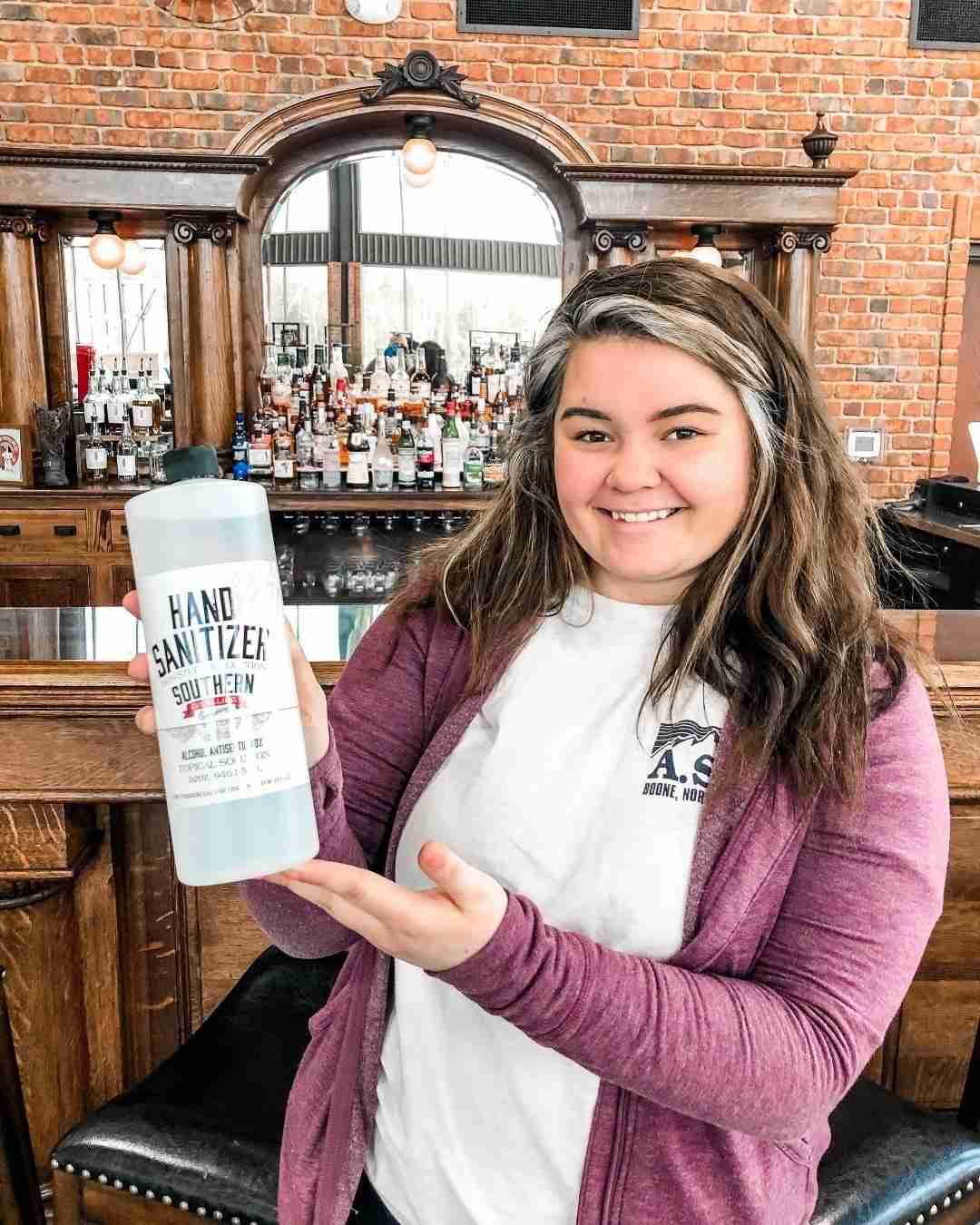 Some distilleries across North Carolina are running a brisk business nowadays, but not for the product you might expect.

Instead of producing the liquors, whiskeys, moonshines and spirited beverages that they are accustomed to, many distilleries have pivoted their operations to producing a product in even higher demand – hand sanitizer.

Southern Distilling Company in Statesville is one of the larger craft distilleries in the country, and produces a variety of distilled spirits and other products in addition to offering co-packaging services, tours and tastings. Vienna Barger never would’ve considered producing hand sanitizer before the COVID-19 outbreak made it a highly sought-after commodity.

“Those of us who work with distilled spirits are in a unique position to make hand sanitizer because we already handle ethanol, we already work with alcohol made from any variety of materials. So we already have the knowledge base necessary,” she said. “It has been a huge task to convert everything over and start producing something that we don’t usually make.”

The push to produce hand sanitizer began in late March, Barger said, when the Alcohol and Tobacco Tax and Trade Bureau released a set of guidelines for distilleries to begin changing their operations. Shortly afterward, the Food and Drug Administration released similar guidelines, but the two conflicted with each other and presented “significant barriers” to distillers being able to produce hand sanitizer, Barger said.

Pete Barger, Vienna’s husband and co-owner of Southern Distilling, is the president of the Distiller’s Association of North Carolina. The national group, the Distilled Spirits Council of the United States, contacted the Bargers and asked them to get in touch with Mark Meadows, former U.S. Representative from North Carolina and now President Donald Trump’s Chief of Staff, in order to work on a solution. After a few weeks of discussions, the FDA released new guidance that removed regulatory barriers, and distillers began to weigh the pros and cons of retrofitting their operations.

One of those distillers was Jeremy Norris, owner of Broadslab Distillery in Benson. Broadslab usually produces moonshine and rum, but as the COVID-19 outbreak continued it became clear that something needed to change in order to keep business running.

Norris was not initially set on producing hand sanitizer, but he had produced some high-proof, denatured alcohol for use in wiping down door handles and cleaning other surfaces at local government buildings. Then, he began getting the guidelines from the federal government and the Distillers Association on how to produce hand sanitizer, and decided that it was time to give it a shot.

“We’ve actually got the stuff on order now. We’d been making just straight sanitizer, but not really the gel kind before. All of that stuff is supposed to come in this week, and we’re going to package it all in gallons.” Norris said.

Working with new materials presents a new challenge for distillers. As one might expect, going from making distilled spirits made for drinking to hand sanitizer (which is decidedly not for consumption) requires learning some new skills, and learning them quickly. Barger said that the challenges begin with the materials themselves.

“We’re working with materials that we don’t usually handle — glycerin is one, hydrogen peroxide is another, and typically we work with beverage alcohol. We work with stuff that people want to buy and enjoy,” she said. “In this product, we need to use what is considered a denatured alcohol, which is alcohol that has been treated in such a way that people will not drink it for intoxication purposes.”

Doing that requires changes to equipment, Barger said, as well as an increase in bottling capacity to meet the new demand. In just the first week of production, Southern Distilling had orders for over 100,000 quarts of sanitizer.

“Everybody is really desperate and really needs this, and we know now that if you’re washing your hands with soap or sanitizer and not touching your face, you’re much less likely to get sick,” she said.

Whether or not to make hand sanitizer isn’t just a question of know-how for Norris; it’s also an important business decision that has to be carefully considered to make sure Broadslab makes it through this uncertain period with the lights still on and the doors still open.

Norris said that he has had several situations where a prospective buyer has moved on to another source of hand sanitizer before Norris had time to produce the product, only to return later after Norris had already decided not to make it. That has shown him that the market exists enough to justify making the sanitizer switch.

“We’re not retailing anything right now, we’re not doing any tours. When you have basically no income, it makes you less likely to want to go out and spend $5,000 on materials to make hand sanitizer with when you don’t know if the demand is going to be there in three weeks for that,” Norris said. “We’re just now getting to the point where I’ve got my confidence up, I feel pretty confident that I can get rid of it.”

Norris has ramped up his production to meet that demand. By April 3, he estimated that Broadslab had produced around 400 gallons of hand sanitizer – he expected another 500 to 600 gallons to be produced the following week.

Switching things over so dramatically does come at a cost, Norris said, and he asked the public to understand that sanitizer might be more expensive when it is produced in facilities that were not designed to do so.

“An ethanol plant that already produces ethanol for fuel can produce a lot more than I can, because they’ve already got it down to a science,” he said. “I was kind of reluctant to get into the sanitizer business because I didn’t want the public to think ‘hey, he’s gouging folks.’”

Most of the sanitizer from both distilleries is being reserved for government offices, health care facilities and other essential businesses. However, as the COVID-19 outbreak continues, more and more distilleries across the state are making the switch to hand sanitizer. Make sure to look up distilleries in your area to see if they are taking part.