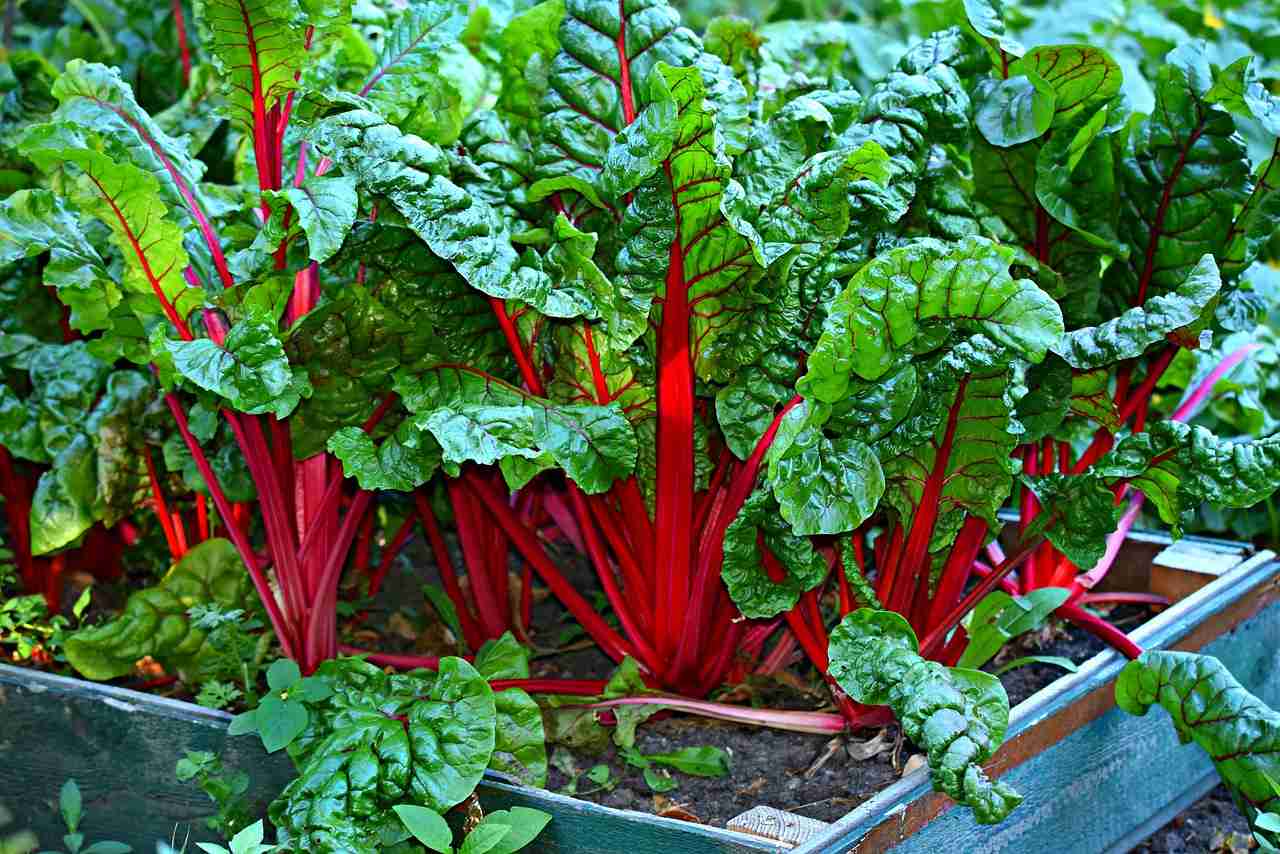 There’s a bit of a buzz about Swiss chard right now. Maybe it’s a small buzz, but just go with it. A couple of mentions and re-shares on social media are enough to proclaim Swiss chard is the new “it” produce in North Carolina.

Last Tuesday, NCDA&CS posted some information about Swiss chard on Facebook, Twitter and Instagram. N.C. Farm Bureau retweeted and mentioned all the bright leafy greens were perfect for St. Patrick’s Day. By coincidence, a Raleigh City Council member also recently posted about Swiss chard on Instagram. Nicole Stewart said the Swiss chard around the Raleigh Government Complex “has been lighting up my weekday walks for months now and it always makes me smile. An edible (one of my favorite greens) hidden in our urban core.”

One follower of the NCDA&CS Instagram account (@GotToBeNC) mentioned Swiss chard was one of the few produce items on the shelves at the time she visited a grocery store last week. That’s too bad because Swiss chard definitely isn’t something to overlook. Since it can grow in cooler temperatures, there’s also a good chance the Swiss chard in the grocery store was grown in North America this time of year, if not right here in North Carolina. As always, the closer the produce is grown to you, the fresher and more flavorful it should be because it traveled less distance from farm to store/market shelf.

If the Swiss chard buzz is enough to get you interested in growing some, Leeann Crump with the Richmond County Cooperative Extension office posted some information about varieties. Swiss chard can be used to beautify landscaping, as Stewart pointed out in her Instagram post, but of course it’s also “a star in the kitchen,” according to Crump.

“Stems are often removed for cooking, but I enjoy using them wherever I need a celery-like crunch, cut up in soups and salads,” Crump wrote. “Colors fade from cooking. The flavor is mild and spinach-like, without the bitterness associated with some other leafy greens such as kale and arugula, even when it’s hot outside. It can be substituted for spinach in many recipes.”

Of course you can always use Swiss chard as a salad green too. One unexpected use may be in canning – specifically in pickled Swiss chard. Canning may seem like a better idea than ever right now while many people are working from home and also looking to eat more meals at home. Anyone who canned fruits and vegetables last summer and fall is probably a lot less worried about temporary shortages at the grocery store right now. (Not to mention that they can enjoy those flavors throughout the winter.)

Canning may also be a great way to spend some time while so many people are spending more hours at home. You probably won’t find any shortage of canning supplies or Swiss chard at stores or markets either. Here’s a recipe: