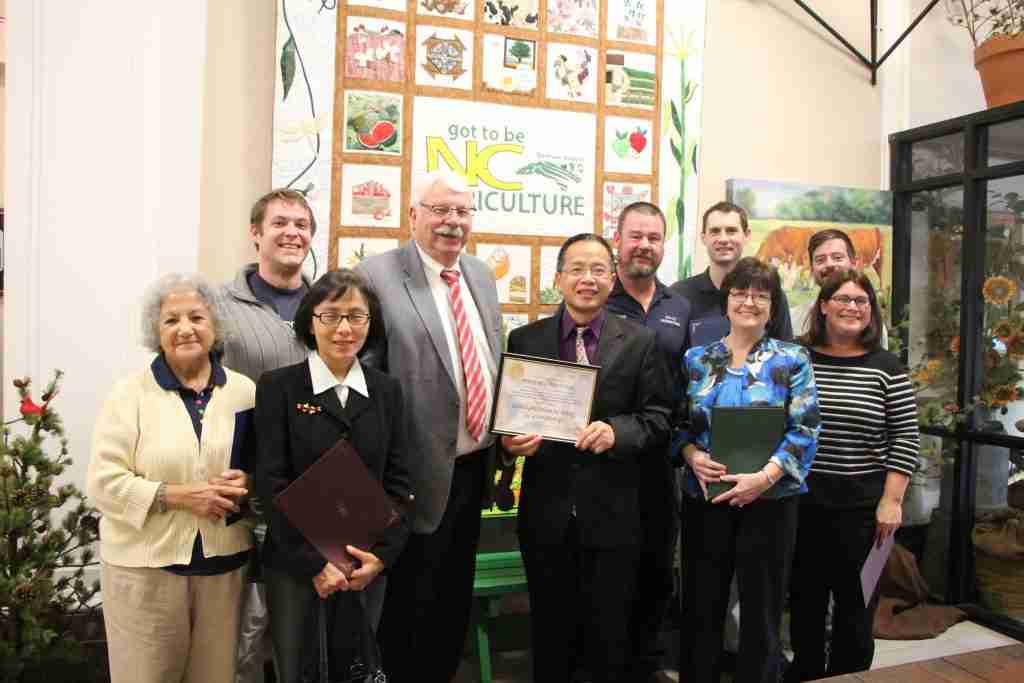 You ask most people what a nematode is, and they wouldn’t be able to tell you. Here at the N.C. Department of Agriculture, we have an entire team dedicated to studying and identifying nematodes.

A nematode is a worm such as a roundworm or threadworm that is classified as an insect. Nematodes can be discovered at any part of the earth’s crust and accounts for about 80 percent of all individual animals on our planet and represent 90 percent of all animals on the ocean floor. Nematodes can have a devastating impact on agriculture, affecting crop quality and yield. They are a serious pests to many crops including sweet potatoes, cotton, soybeans, tobacco, potatoes, tomatoes, peppers, watermelons and more.  Nematodes move through infested soil and roots.

“We have one of the leading nematode labs in the country,” said Agriculture Commissioner Steve Troxler.  “This team of nine employees are nationally recognized for their work with nematodes. Most recently they worked together efficiently and produced record-setting sample results.”

“Despite facing a number of hardships and because of the commitment of these team members, they were able to manage a very high volume of responsibilities to meet high personal and professional expectations. Last fiscal year, the Nematode Assay Lab processed 51,115 samples.  This includes 14,118 pinewood samples to support export of lumber products to China,” Troxler added.

Despite a busy schedule, staff is always willing to stop routine work to assist tour groups and provide an explanation of their services. All of the employees give detailed tours, which often happen at the busiest time of the year. These employees have been willing to show individuals their work and answer customer questions.

These staff members exemplify the meaning of teamwork. In November 2017, the team lost a beloved coworker. Through the grieving process, they pushed forward to continue excellent service, focusing on teamwork and a willingness to please.  Shortly after, the group lost another critical employee. In such a stressful and shocking season, the staff pushed harder to overcome obstacles and strengthen as a division.

The staff members are:

The nematology lab staff was awarded the Team Award for their outstanding dedication and teamwork.