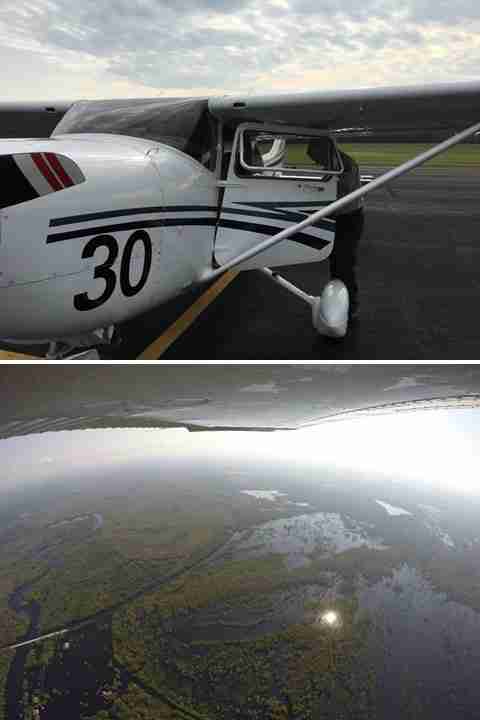 Top: N.C. Forest Service pilot David Masters readies the aircraft for the Hurricane Florence damage survey. Bottom: Aerial surveys are an efficient way of viewing large and/or otherwise inaccessible areas. As expected, the excessive flooding Florence caused could be observed. This image was taken by a wing-mounted camera during the timber damage survey on Sept. 20.

As one of the top 10 most damaging hurricanes, Hurricane Florence dealt North Carolina a staggering blow in September 2018.  As Florence battered North Carolina’s coast, it brought wind gusts of more than 100 mph, a pre-landfall storm surge that flooded numerous coastal communities, and record-breaking rainfall for the next several days. The destruction left in her wake devastated the Coastal Plain of North Carolina. While much of the damage was due to flooding, it was the combination of high winds and saturated soils that led to downed and damaged trees.

On Sept. 20 and 21, N.C. Forest Service aerial surveyors Wayne Langston and Jim Slye took to the air to assess timber damage caused by Hurricane Florence. Based on the location of hurricane force winds, they flew horizontal paths 10 miles apart from the southern tip of N.C. north to the Pamlico Sound. They looked for trees that were uprooted and fallen over or trees that suffered extensive breakage.

Over two days, the aerial surveyors mapped 161 points in categories based on amount of damage, type of damage, and type of trees. While localized wind damage occurred throughout the Coastal Plain, the heaviest timber damage appeared in Craven, Carteret, Onslow, and Jones Counties within 40 miles of the coast. Forest edges suffered the greatest impact. In addition to downed and broken trees throughout the Coastal Plain, hardwood trees had sparse foliage on the windward side because of high sustained winds. In all, an estimated 1,251,312 acres of forestland received some level of damage, causing an estimated $69.6 million in damage.

The wind may have been the most obvious sign of damage to forests from the storm. However, excessive rain and flooding can have long-term effects. While many trees are resilient to some flooding, the long-term effects of the extent and longevity of flooding has yet to be seen. 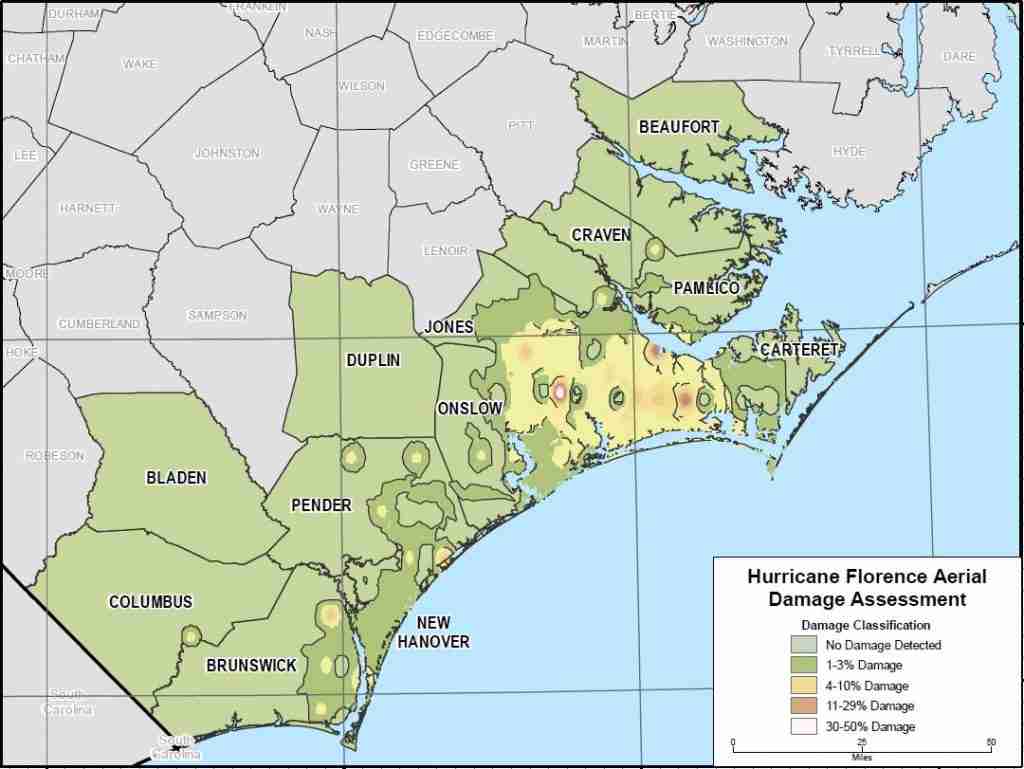 Wind damage to timber was primarily located in Jones, Onslow, Craven, and Carteret Counties within 40 miles of the coast. While this map represents the primary location wind damage was detected, it does not suggest that all forests within the highlighted area were damaged. Map created by C. Vose, N.C. Forest Service. 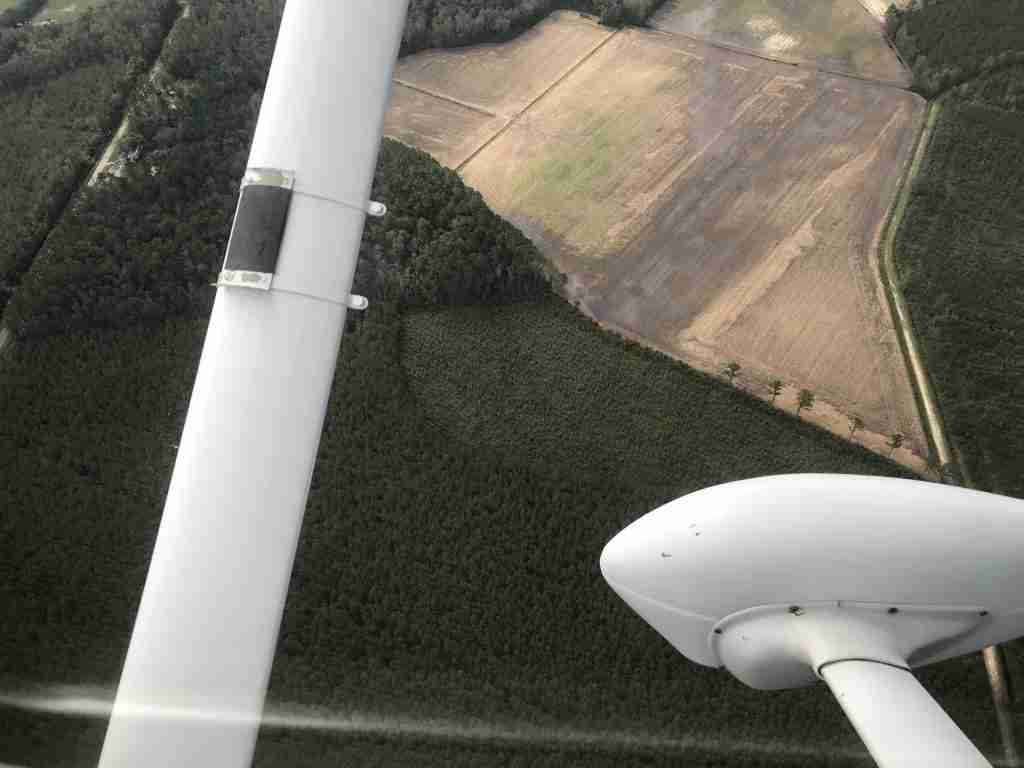 Timber damage was often scattered but sometimes took out an entire stand, as is the case here. A stand of young pine trees that had not yet reached canopy closure were wind-thrown following Hurricane Florence.