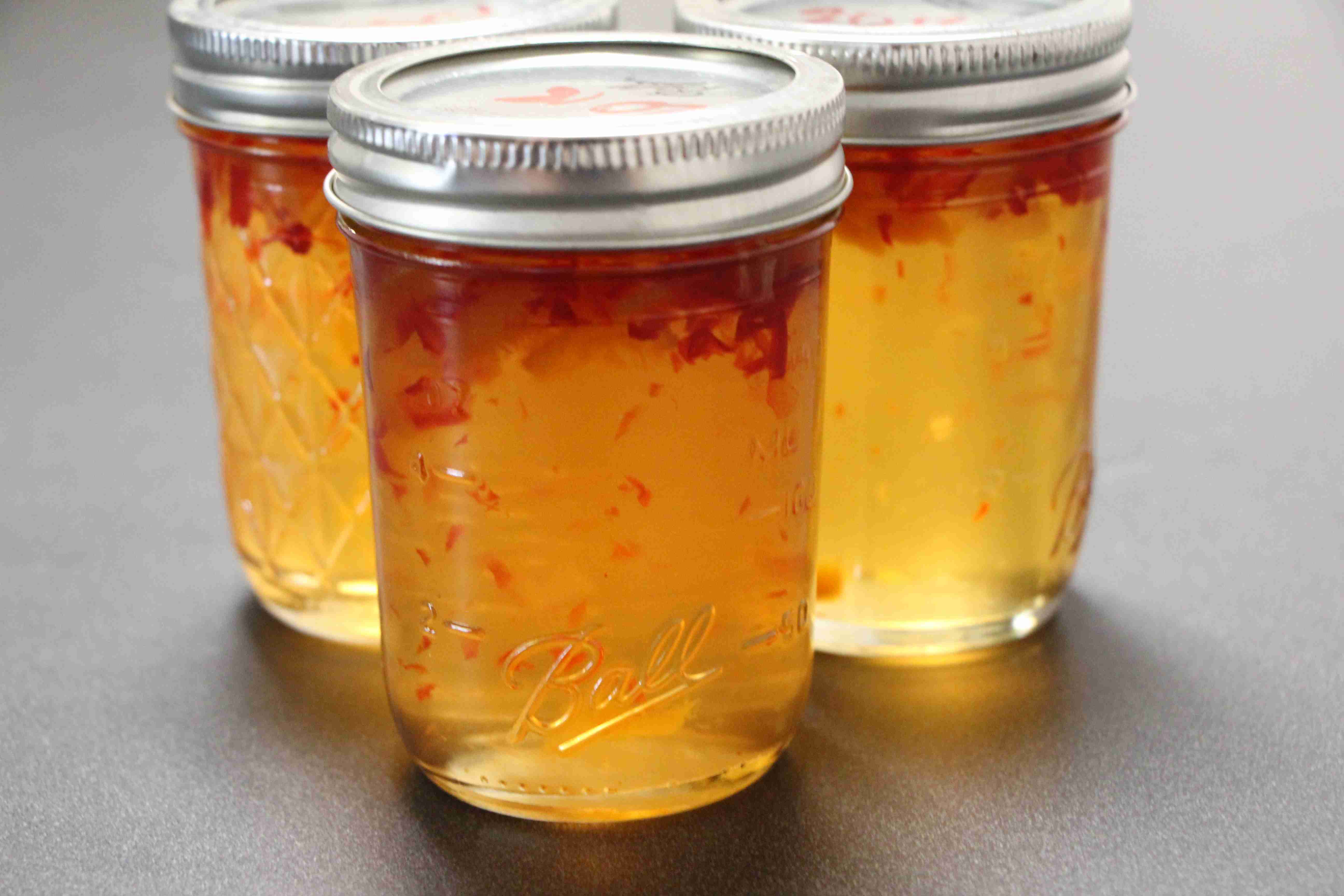 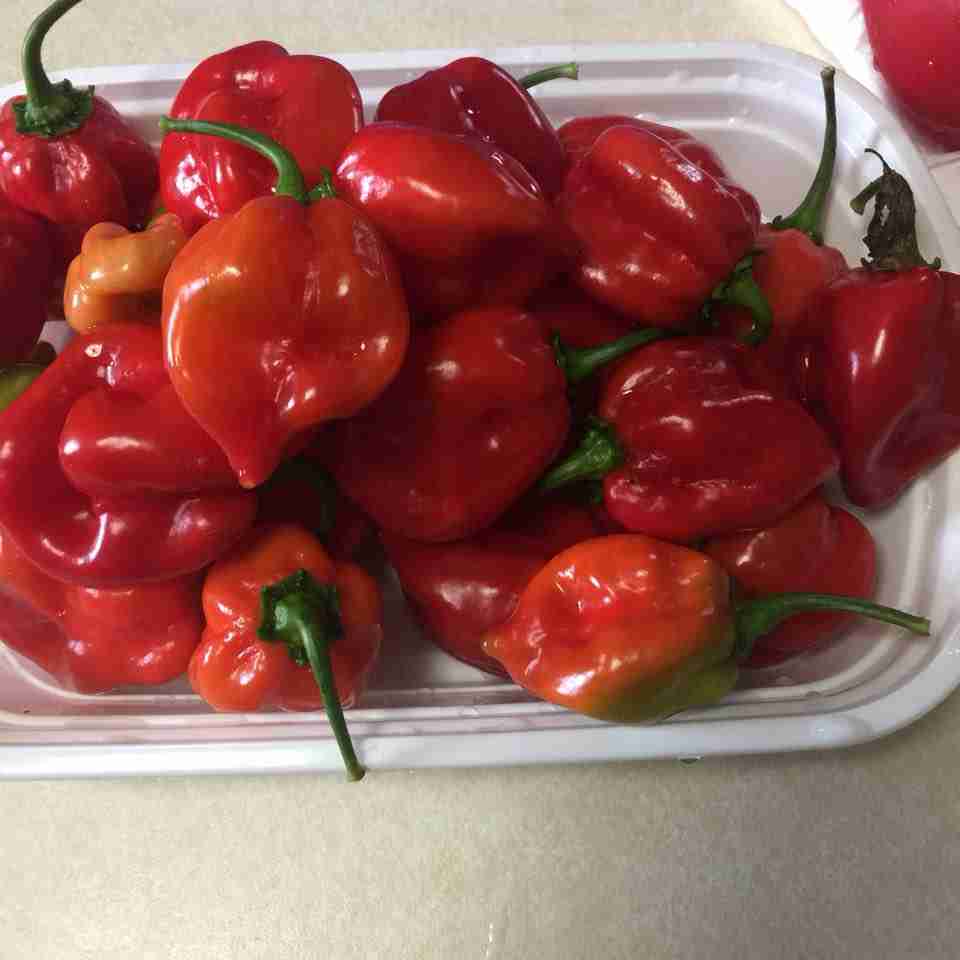 If you have a home garden or frequent the farmers market then you might notice that peppers are prolific in August. They make a colorful and healthy addition to salads, stir-frys and other dishes.

William Ashby of Rural Hall grows a big garden and it produces a bumper crop of habenero peppers each summer. In August, when the pepper’s reach their peak season, Ashby and his daughters spend the day making pepper jelly. Habanero peppers can be used in making salsas, sauces, salad dressings and as an ingredient in bottled hot  sauce. When asked if it’s spicy, Ashby will tell you that “a little goes a long way.”

“Making the peppers into jelly means that I can enjoy them year-round and share with friends and family,” he added. Ashby uses some of his locally famous jelly each October to make treats for N.C. Department of Agriculture and Consumer Services staff at the the N.C. State Fair. His habenero peppy jelly roll-ups are always highly anticipated. To make the roll ups, he spreads a thin layer of cream cheese and a thin layer of pepper jelly on a tortilla. Then rolls the tortilla, cuts into pieces and refrigerates it until serving.

Below is Ashby’s recipe. 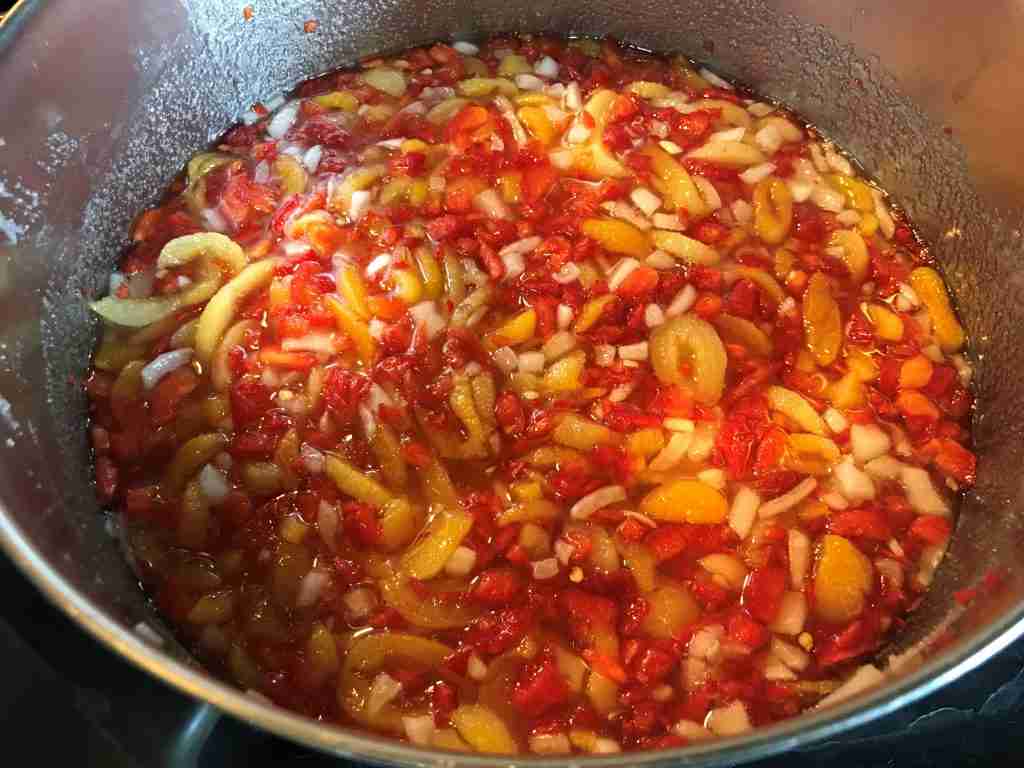 Place the apricots and vinegar in a large stainless-steel stockpot or enamel Dutch oven. Let the apricots soak for at least 4 hours at room temperature.  Add the red onion, peppers, and sugar. Stir. Bring the mixture to a hard boil, or a boil that cannot be stirred down. Add the liquid pectin, bring back to a boil and cook for 1 more minute. Pour the jelly in hot, sterilized jars, leaving a ¼-inch head-space. Load the jars into a boiling bath canner, heat to boiling and process for 10 minutes once boiling. Makes about 6 to 7 four-ounce jars