In 2013, the emerald ash borer made its debut in North Carolina. The devastation of forests north and northwest caused by this invasive beetle was already well-known, so its discovery was met with dread. The ash forests were dying, and quickly. The future did not look good for North Carolina’s ash trees. 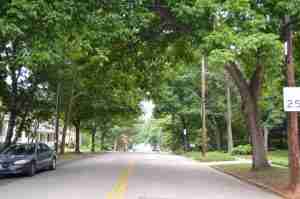 A large ash tree provides a picture-perfect canopy in Historic Oakwood, a neighborhood near downtown Raleigh.

Over the next few years, the emerald ash borer continued to spread across the state. As of August 2018, the tree-killing beetle has been found in 36 out of the 100 counties. North Carolina is losing its own ash trees, both in forest and urban settings.

Ash is a popular choice for urban plantings and seeing large ash trees forming a canopy over a street is not an uncommon sight. In North Carolina, these areas are now in danger. The emerald ash borer can already be found in or within five miles of the most populous urban areas in the state including Charlotte, Raleigh, Greensboro, Winston-Salem, Durham and Asheville. 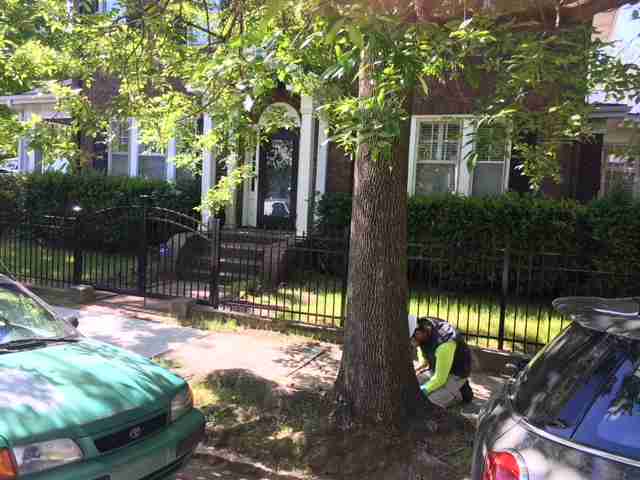 In Historic Oakwood, near downtown Raleigh, a large ash tree is treated with a pesticide injected at the base of the tree trunk to protect it from the emerald ash borer. Image: C. Crew, Society for the Preservation of Historic Oakwood.

Because of the prevalence of now threatened ash in our urban forests, the Ash Protection Program was created.  Through a grant from the U.S. Forest Service, the N.C. Forest Service developed this program to provide financial assistance to urban forest managers, primarily municipalities, for the pesticide protection of urban ash trees in North Carolina. This pesticide, which is injected into the base of the tree trunk, protects the tree from emerald ash borer for 2-3 years at which time a second treatment can prolong the protection. The program prioritizes urban ash trees of historical or recreational value or are in high-visibility urban areas.

This year, the Ash Protection Program funded the first round of projects, enabling pesticide protection of ash trees to seven recipients including the City of Charlotte, the City of Greensboro, the City of Henderson, the City of Salisbury, the Town of Matthews, the Society for the Preservation of Historic Oakwood in Raleigh and the Arthur Morgan School in Burnsville.

In total, 201 urban ash trees were treated in 2018 through the Ash Protection Program. Program administrators hope to fund this program for another 1-2 years. 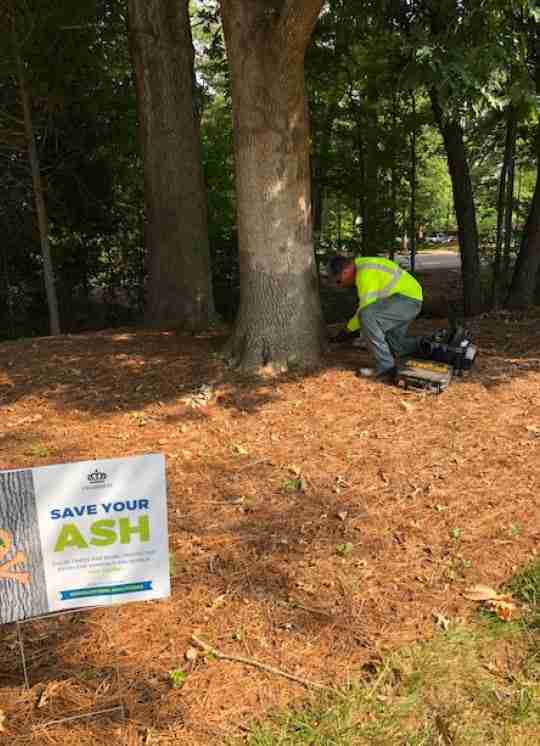 A large ash tree in Charlotte is now protected from the emerald ash borer. The Ash Protection Program subsidized the treatment of over 200 urban ash trees across North Carolina in 2018. Image: L. Reid Dukes, City of Charlotte.