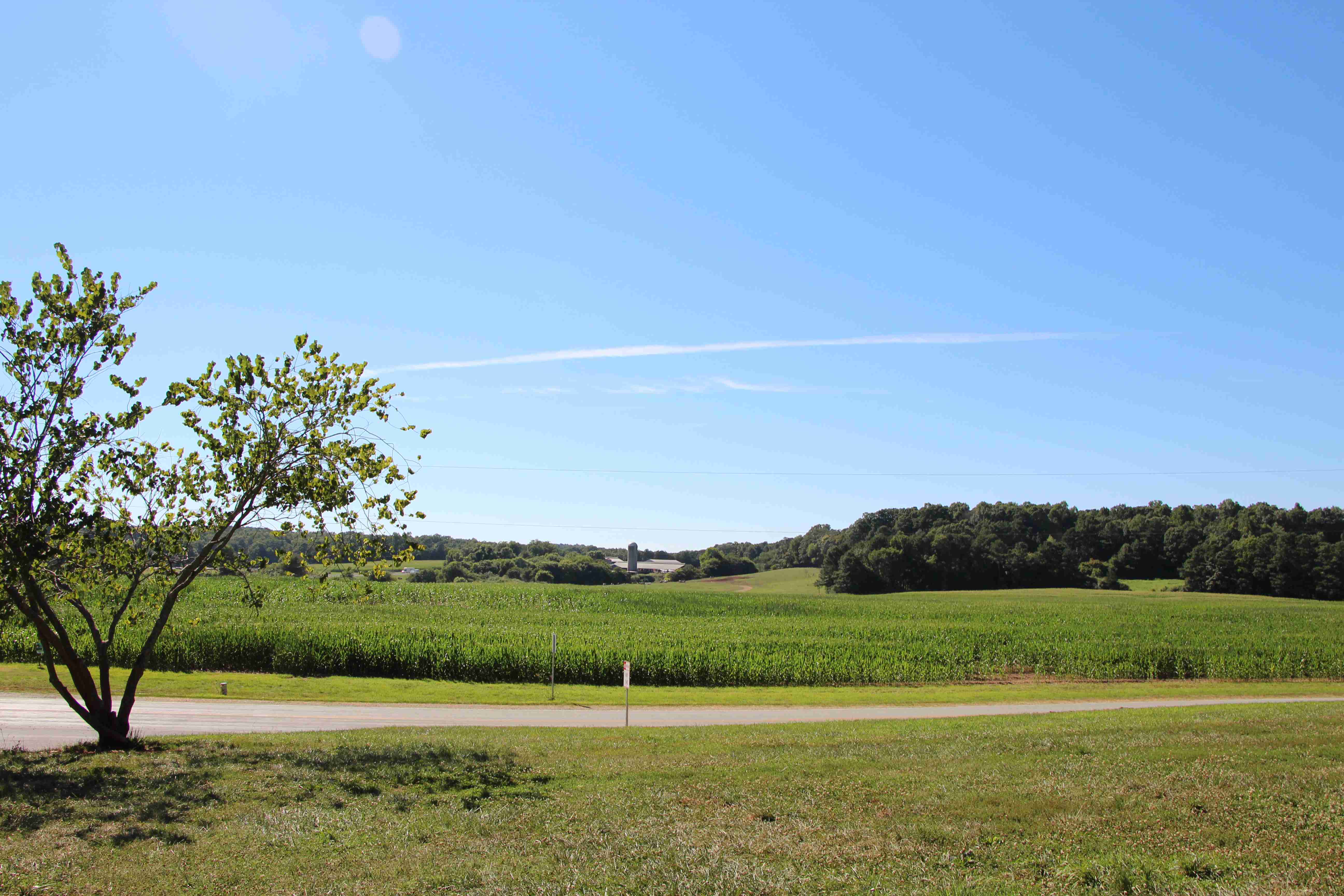 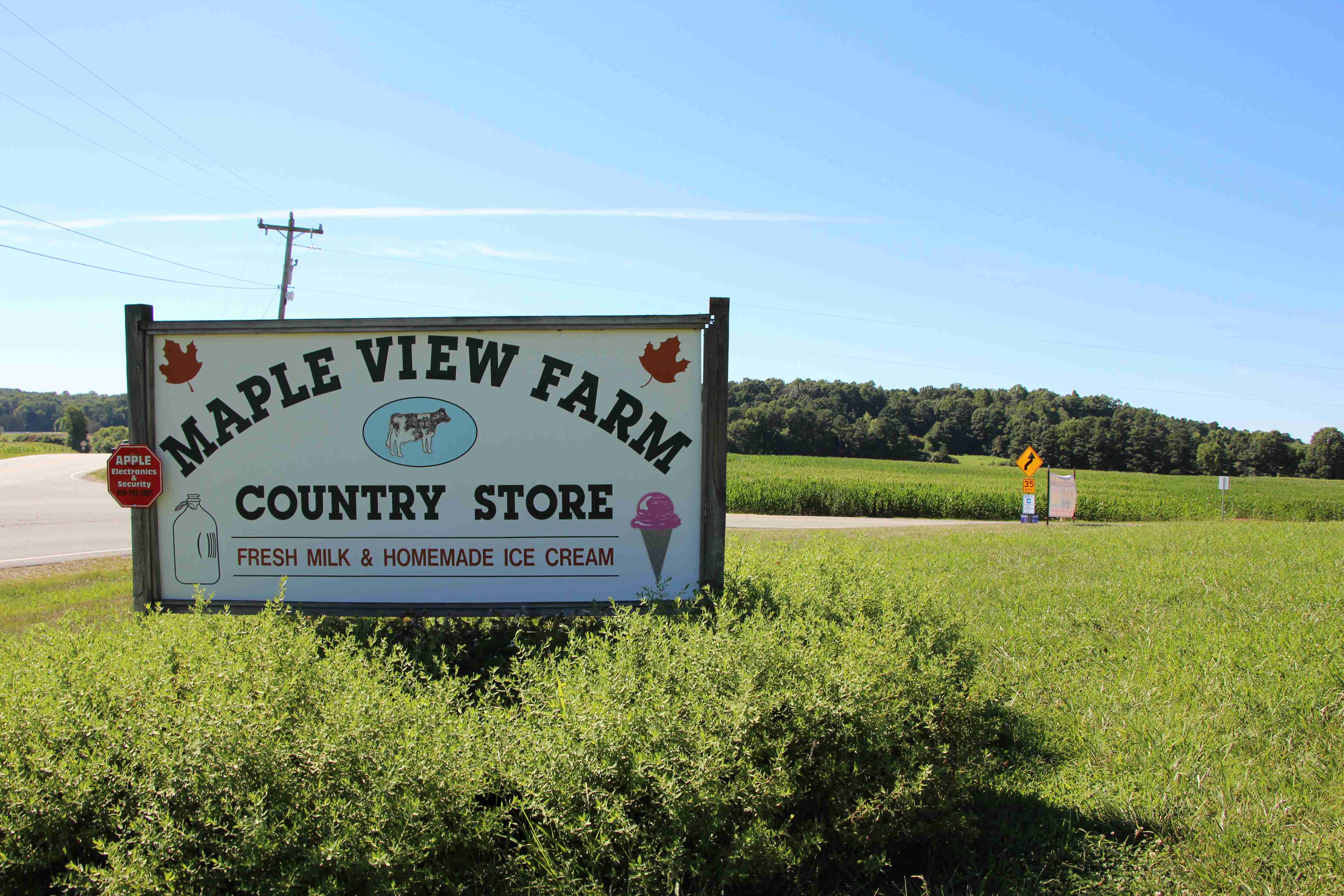 Maple View Ice Cream takes pride in what employees call the “cow-to-cone” experience – enjoying your favorite frozen treat in a rocking chair while overlooking a field filled with cows the milk came from. It doesn’t get much more local than that.

The Hillsborough store opened in 2001, quickly gathered a loyal following and eventually became one of the most renowned ice cream shops in the area, winning over 30 awards. It started out with 12 staple flavors, and has expanded to include unique varieties and seasonal specials, such as blackberry in the summertime and eggnog for the holidays. Manager and partner Allison Nichols-Clapper has been running the store for years, but for her, it’s not always just about the ice cream.

“It’s important for me not only to serve a high-quality product, but to let our customers know that we’re grateful for their support,” she said. “When they choose to come here for their ice cream, that keeps these fields producing and the farm workers employed.” 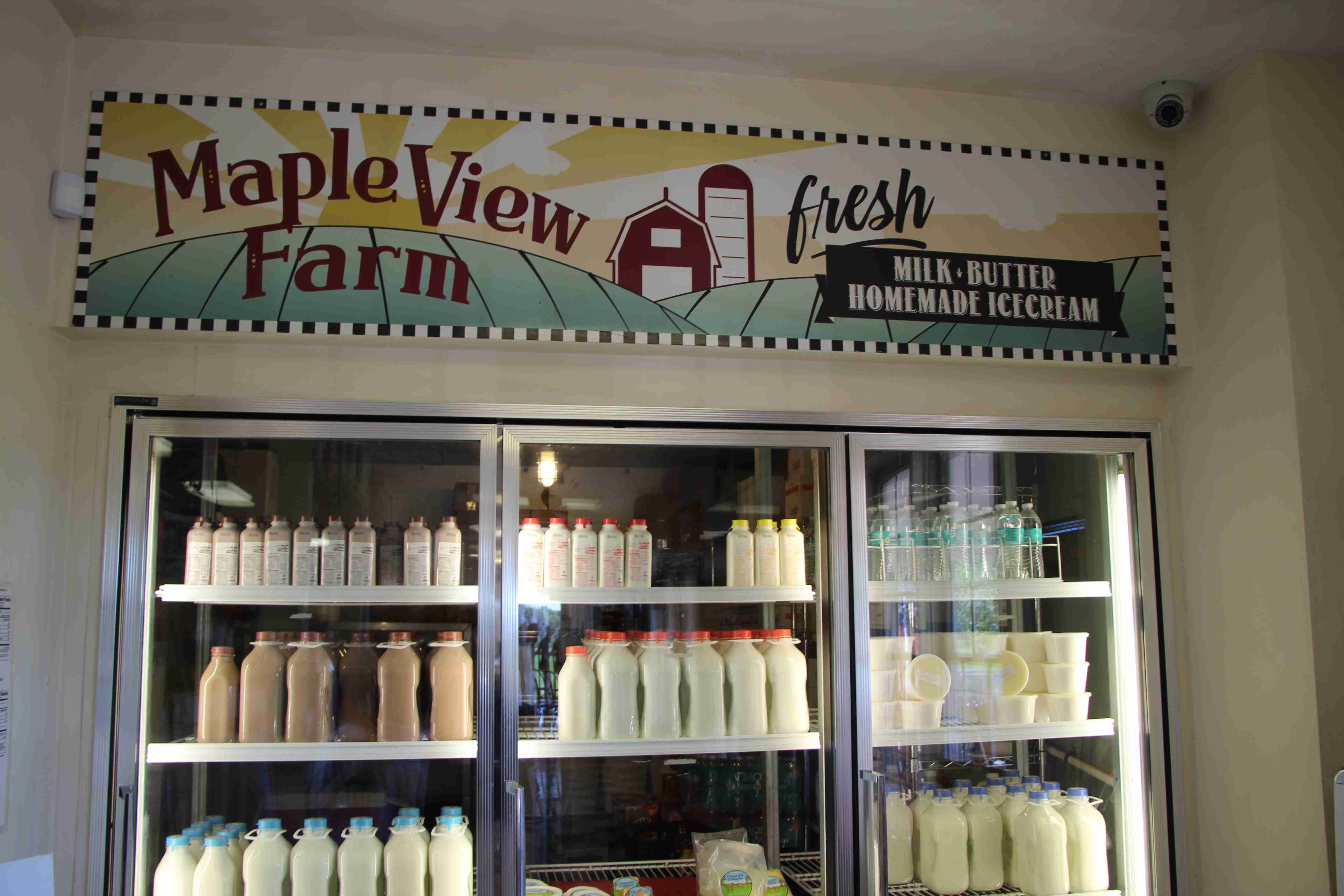 But before the farmers were mixing ice cream, Maple View Farm was a milk and butter company with a long history. Owner Robert Nutter – often referred to as “Farmer Bob” – is a fifth-generation dairy farmer who moved his cows from Maine to North Carolina in 1963 to escape the brutal winters.

After many successful years of on-farm bottling and selling their milk in the community, Nutter and his daughter, Muffin, decided people would also enjoy local ice cream if they made it.

“They went to ice cream school at Penn State and came back ready to churn,” Nichols-Clapper said. “From then on, we put out fresh ice cream and always used as many local ingredients as possible, from pecans to honey.” 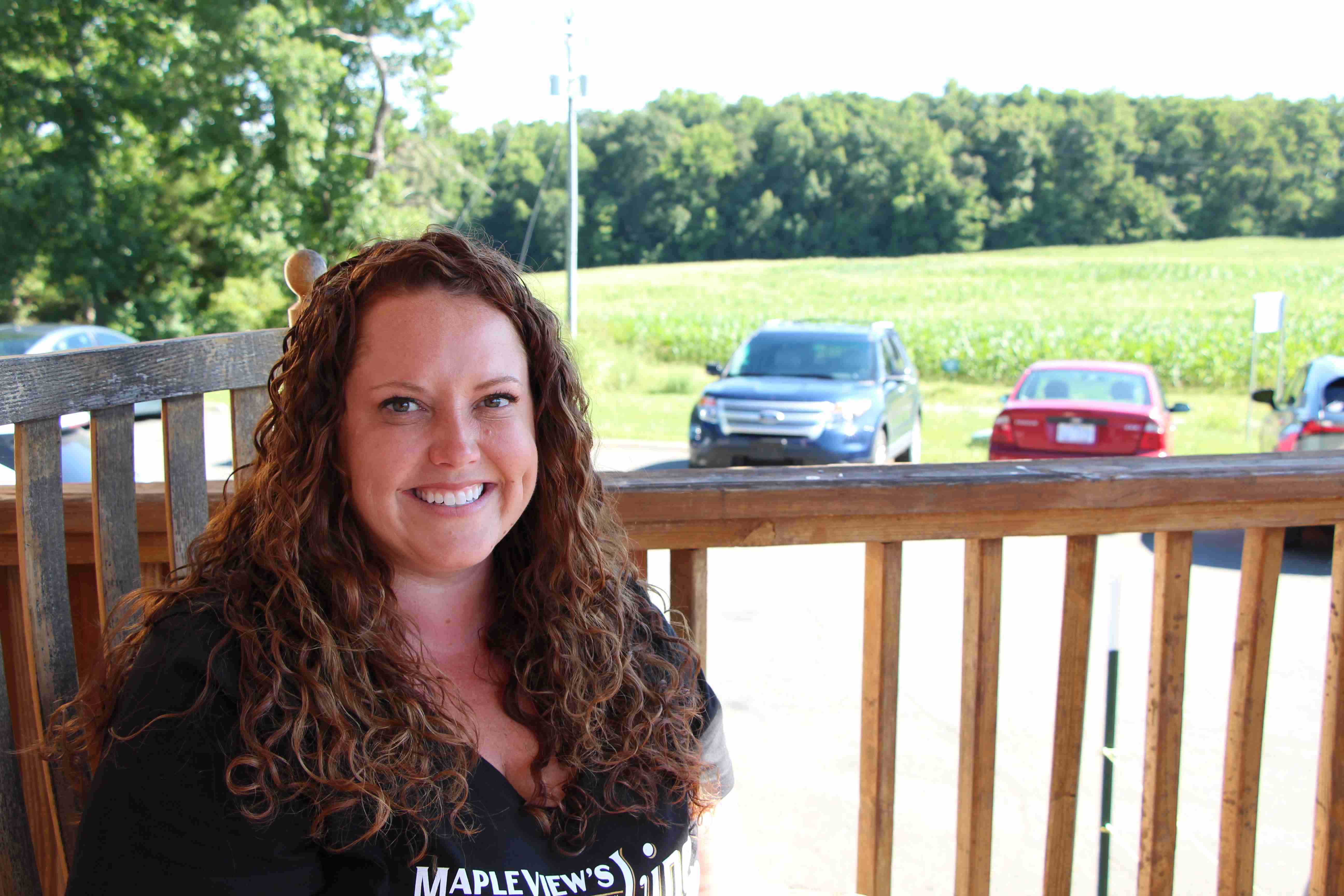 Eight years after their ice cream debut, Farmer Bob agreed to open the Maple View Agricultural Education Center to teach local children about agriculture with Nichols-Clapper at the helm as executive director. The former teacher grew up on a farm herself, and came up with the idea after a disappointing experience teaching in a Durham school.

“My kids had no concept of where their food came from – they were so removed from the agrarian lifestyle,” she said. “So at the center, we have four hands-on classrooms, a garden, a sustainable energy project and a barnyard.”

Nichols-Clapper wants to give back through the store, too. Maple View celebrates National Ice Cream Day annually by holding a celebration with food trucks, live music, face painters, a specialty menu and a temporary flavor debut from a customer contest – this year’s winner was dill pickle ice cream. While this alone was enough to draw crowds Sunday, a large percentage of their proceeds also went toward Sam’s Wish Fund at the Kids Path of Hospice and Angels Among Us, which benefits the Preston Robert Tisch Brain Tumor Center at Duke University.

“The lines are long that day, but people are so great about waiting because they know their money is going to help kids’ charities,” Nichols-Clapper said. “It’s so fun to see people come out wearing things like ice cream pajamas – it kind of has a cult following around town.” 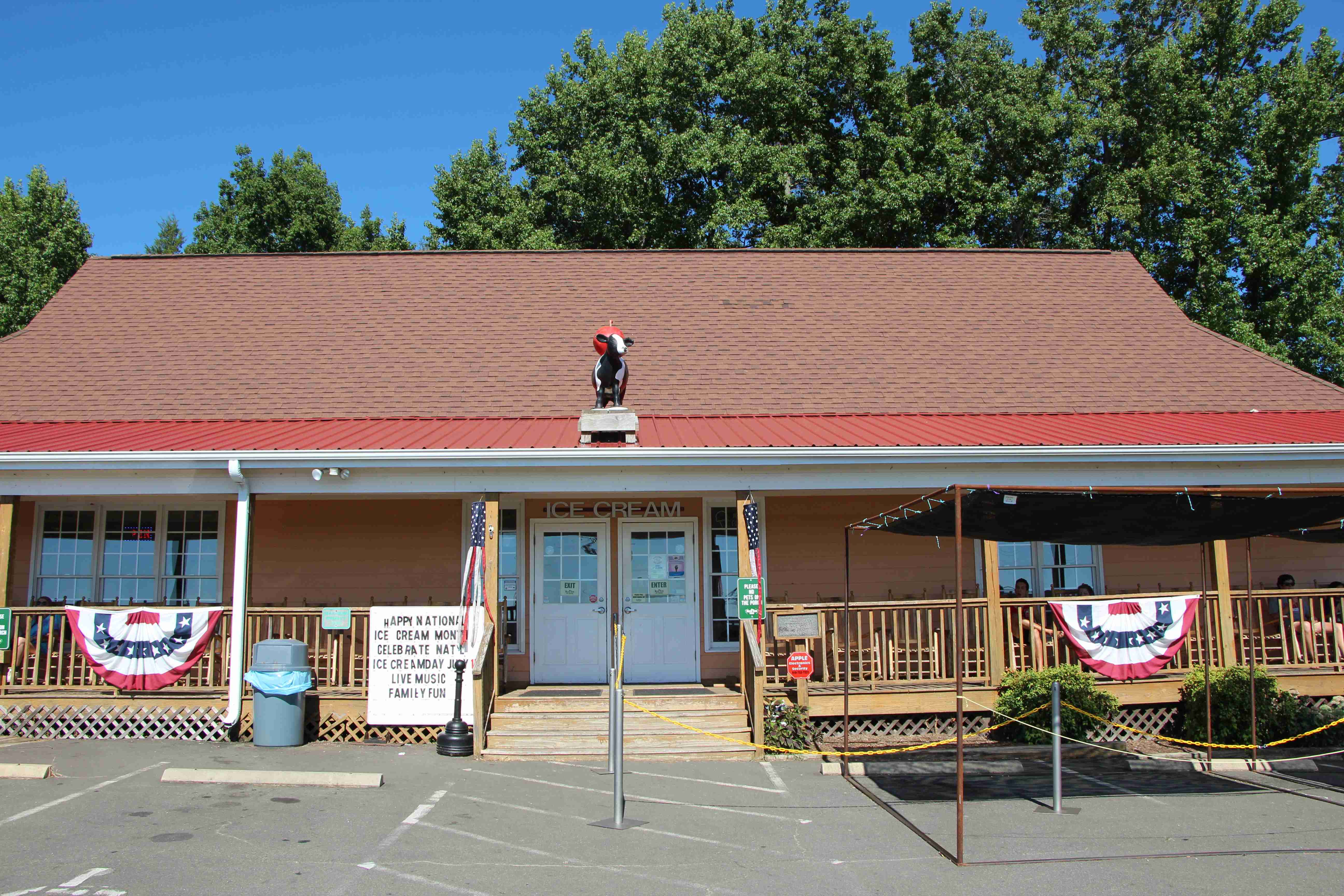 The Maple View team has worked to make Ice Cream Day a foodie holiday in the area, and they’ve succeeded – attendance reaches up to 5,000 every year. Even though reviewers rave over the ice cream, Nichols-Clapper stays humble and gives credit to the customers.

“For me, it’s not as much about what I’m doing here as it is about what we’re able to do for the people around us,” she said.