Waterfalls are beautiful to see, but can be deadly to play on. Follow these 8 waterfall safety tips. 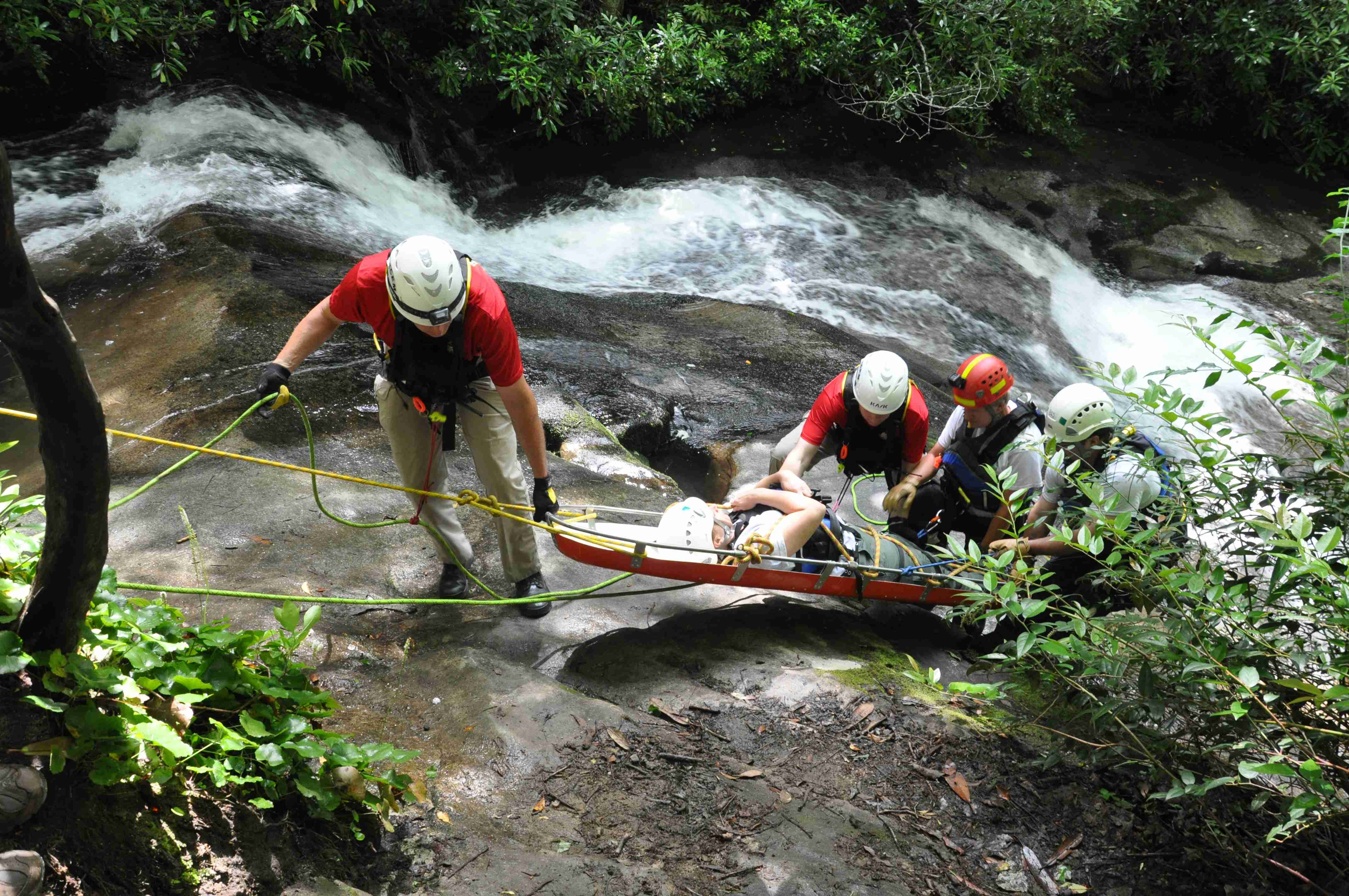 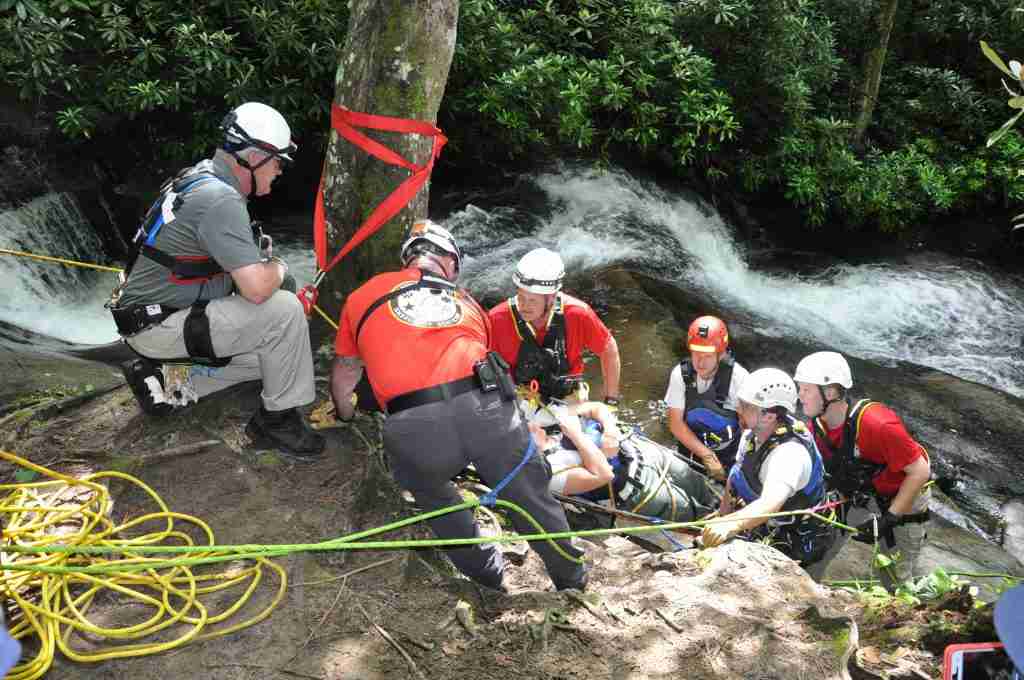 To help stress waterfall safety this year, the TCTDA sponsored a waterfall safety press event on June 13 in Pisgah National Forest at the Cove Creek Group Campground with representatives from the campaign and Mission Hospital.

“While Transylvania County has the largest concentration of waterfalls in North Carolina, there are several other neighboring counties that are experiencing the same problems,” said David Casey, district ranger for the Pisgah Ranger District which encompasses Transylvania, Buncombe and Haywood counties. “Ideally, we’d like this initiative to become a regional effort.”

Jackie Gosnell, trauma program manager with Mission Health, said they conducted a retrospective data review on waterfall accident patients that arrived at Mission Hospital from 2016 to 2017. The data showed a 47 percent reduction in waterfall injuries from 2016 to 2017, with only one fatality last year in Transylvania County.

However, recent waterfall fatalities in upstate South Carolina at Whitewater Falls, another at Elk River Falls in Avery County and one at Pisgah National Forest’s Rainbow Falls, underscore the fact that waterfall safety remains an important topic. This, coupled with record park and forest visitation in recent years, has also further reinforced the need to spread the word and point out the potential of injury and even death.

“We don’t want to scare people, but we do want to do our best to help prepare visitors so they can enjoy a forest experience safely and responsibly,” said Bruce MacDonald, a ranger at DuPont State Recreational Forest. “Unlike an amusement park, our forests are not engineered for safety. That’s the mindset that we’re trying hard to impart to visitors.” 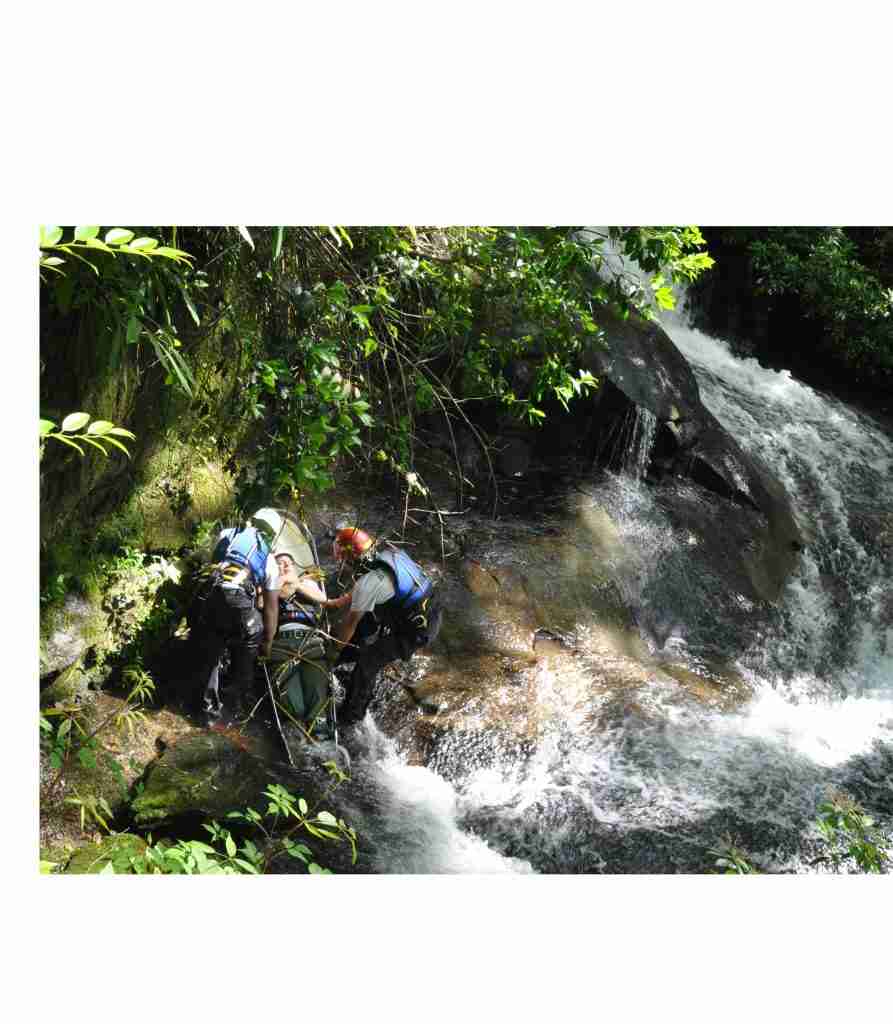 There has been an upward trend over the last several years when it comes to waterfall incidents in Transylvania, Haywood and Henderson counties, according to Scott Justus, Deputy Fire Marshal for Transylvania County Emergency Services.

“For every one fatality that you hear about, you have 10 or more injuries such as, broken bones, head injuries and sprained ankles that we respond to, that do not make the news,” Justus said. “We want everyone to enjoy the waterfalls, but to be safe doing it.”

The Mission Health Data, showed that 18 percent of the patients that came to the hospital with waterfall related injuries were severely injured, 12 percent of patients were discharged to a skilled nursing facility or to rehabilitation and 13 percent died. The data also showed that 74 percent of the waterfall related injuries that came into the facility were considered minor, and 26 percent were discharged from the emergency department, while 49 percent were admitted with an average hospital stay of just over four days.

The people most likely to sustain a waterfall-related injury are an average age of 27, with 66 percent falling between the ages of 11 and 25 years old. The review also found that 26 percent of waterfall-related accidents were out-of-state tourists, the other 74 percent live in North Carolina. Of those from instate, 76 percent lived in Western North Carolina, while 24 percent were from other areas.

It’s important to note that the review does not capture deaths declared on scene, or other patients whose injuries were tended to at another hospital and who were not transferred to Mission.

“It’s clear that our waterfall safety initiative needs to be directed toward visitors and residents alike,” said Grant Bullard, chairman of the Transylvania County Tourism Development Authority. “The last thing we want is for someone’s day in the woods ruined because of a momentary lack of judgement or carelessness. If we can begin raising people’s level of awareness while they are in and around waterfalls, we can prevent a lot of these accidents.”

“You would be amazed at the resources that need to be put into motion when you have a serious incident,” Justus said. “The United States Forest Service here in Pisgah, the North Carolina Forest Service in DuPont, North Carolina State Parks in Gorges, Transylvania County Emergency Services, Transylvania County Rescue Squad and the eight volunteer and paid fire departments across the county. The list goes on and on.”

Mark Shepherd, a physician’s assistant on Mission Hospital’s trauma team, says that many of the people they see have massive head trauma. This coupled with the difficulty of getting the injured person from the back country to the hospital can take a long time.

“We talk about the ‘golden hour’ in trauma, that’s how long between the time of injury to the time they need to get to us,” Shepherd said. “Sometimes that’s impossible for local responders because of how far out some of these waterfalls are. So, it’s really important people make good decisions.”

8 Tips for safely viewing a waterfall: