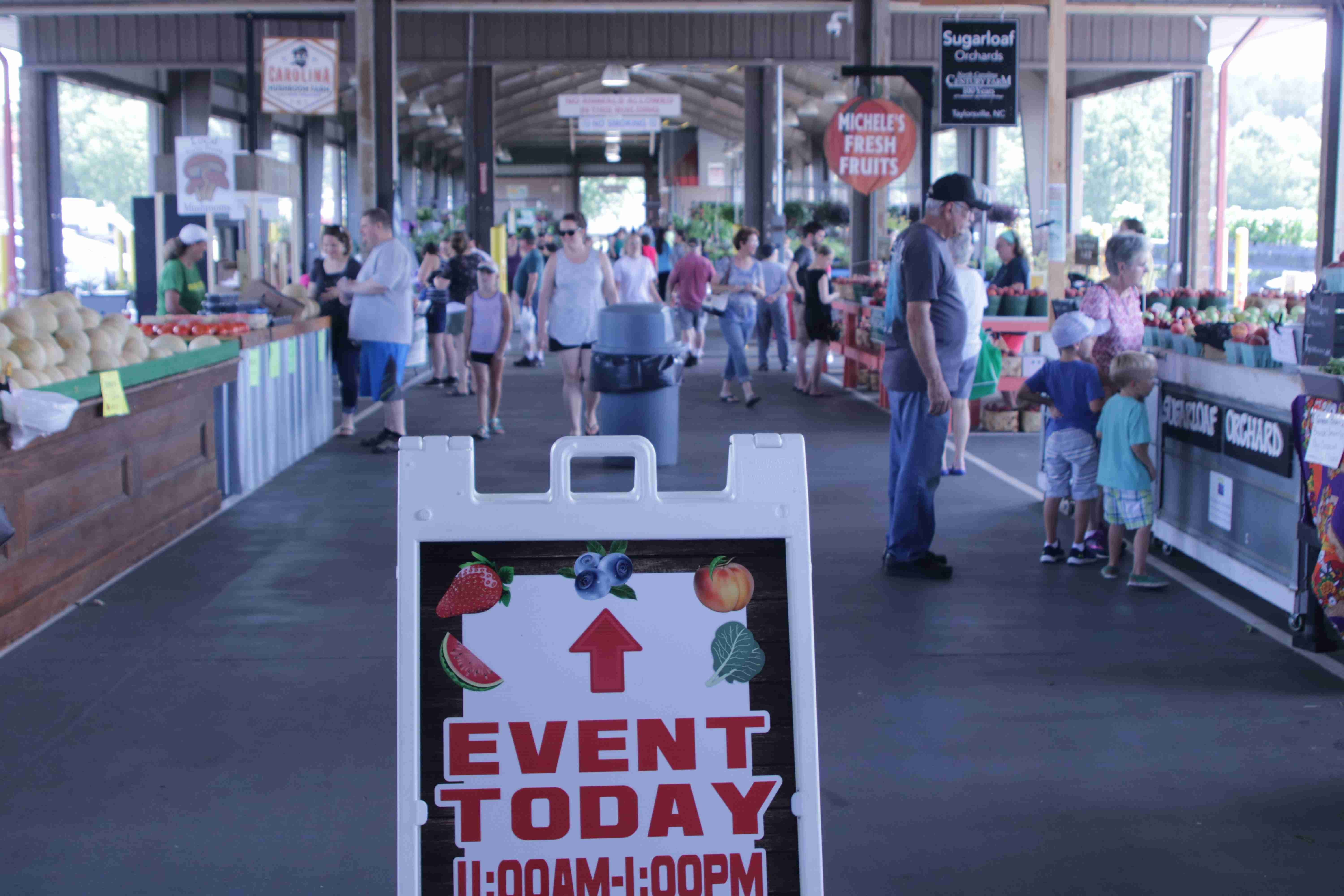 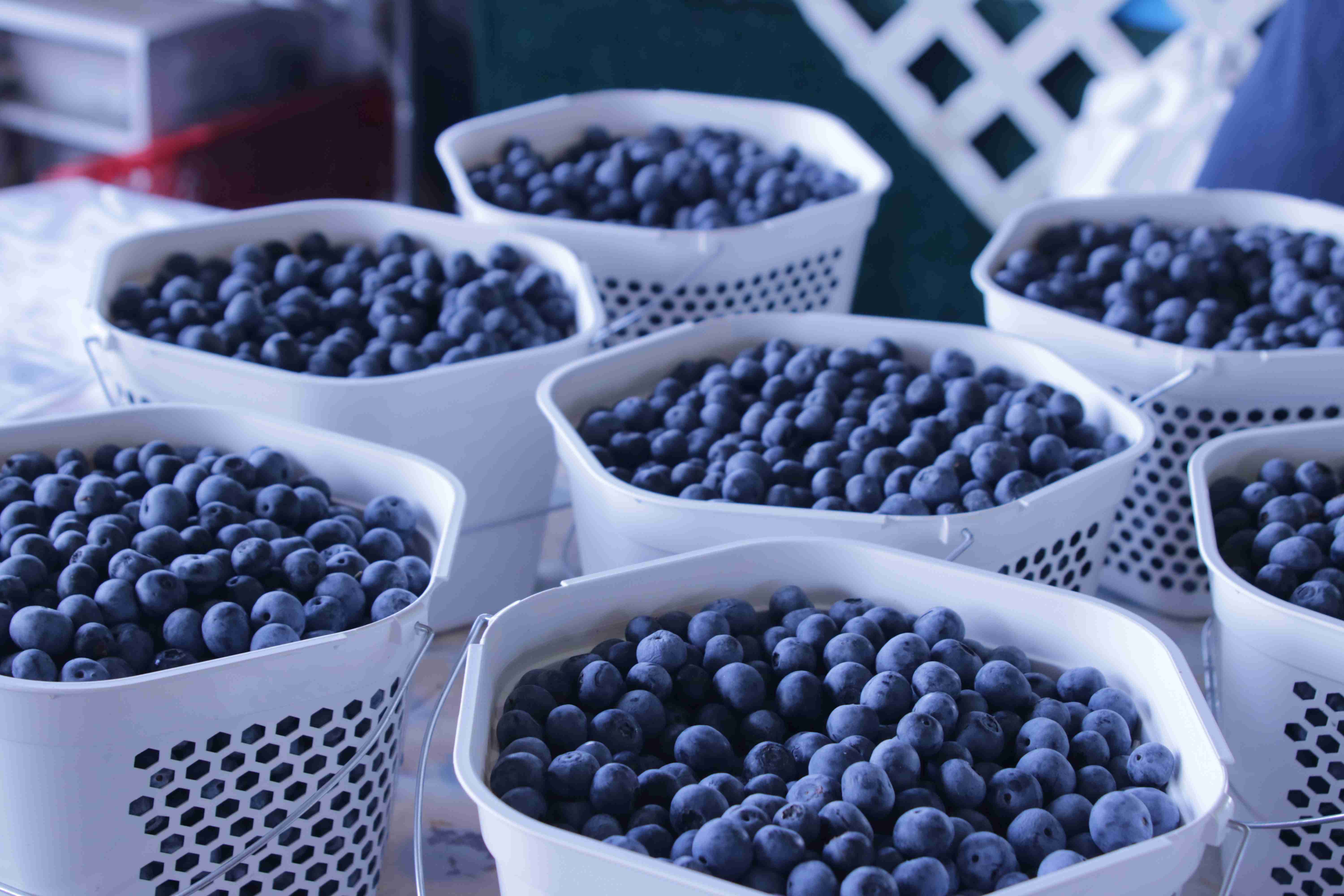 In North Carolina, summer isn’t defined by blue skies, sunny days and barbecue – we have that all year long. Instead, we know it’s summer when blueberry season rolls around.

Fittingly, Blueberry Day at the State Farmers Market in Raleigh was held on Thursday, June 21 – the day of the summer solstice. Farmers gathered to display their freshest produce, offering samples of peaches, melons and of course, blueberries. 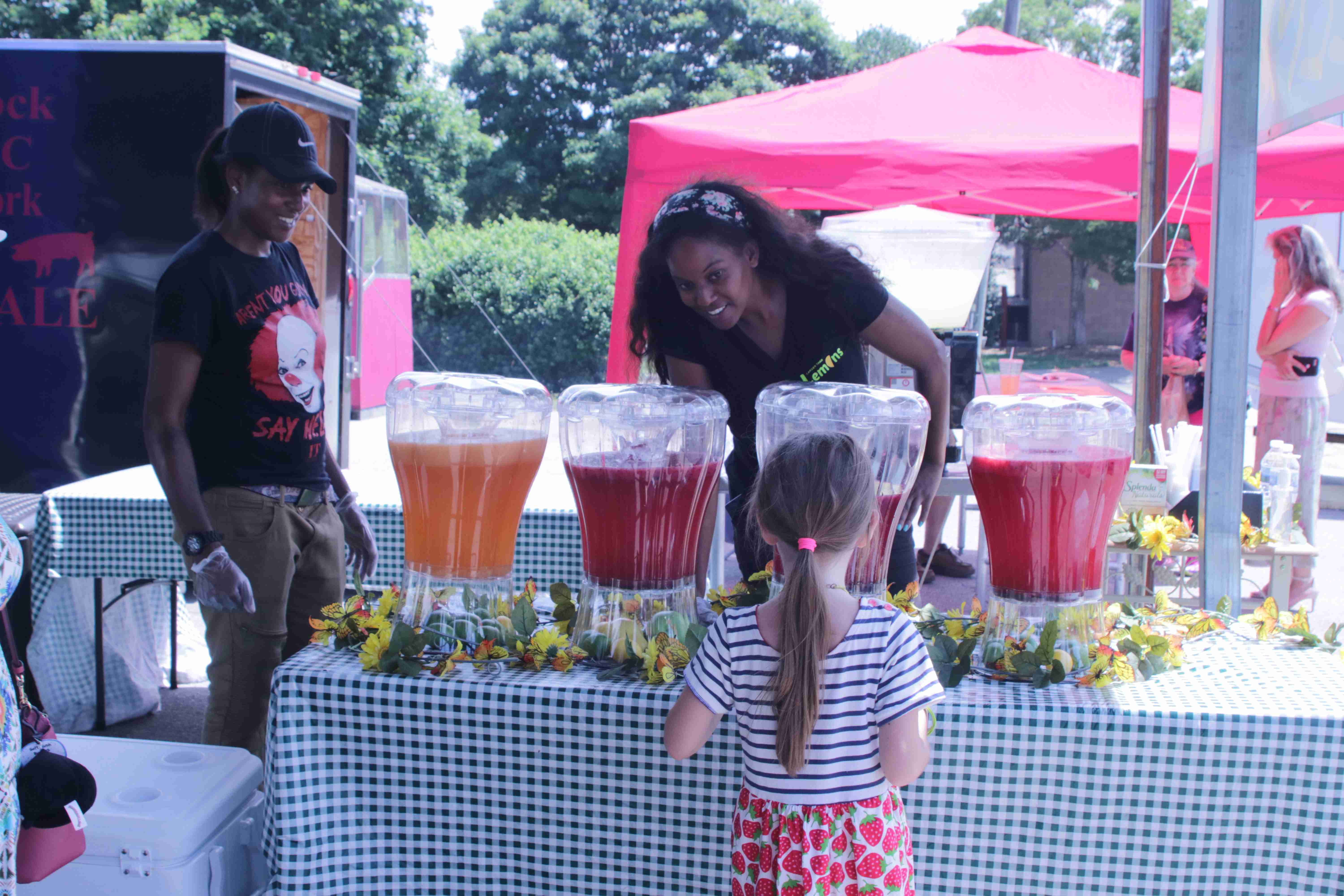 Even though the demand for the little berry has increased by 50 percent over the last 10 years, North Carolina has kept up with the craze. The state ranks sixth nationally in blueberry production with over 9,000 acres of blueberry fields.

Local vendors have gotten creative with growing berry popularity – Larger Than Lemons showed off their variations of blueberry lemonade on Thursday.

In case you couldn’t get enough, the market showcased an even sweeter side of the fruit for Blueberry Day’s main attraction. The complimentary dessert featured a locally grown blueberry sauce poured over fresh vanilla ice cream.

If you missed it, we’ve got you covered. Here’s the recipe for the decadent sauce, courtesy of the State Farmers Market: 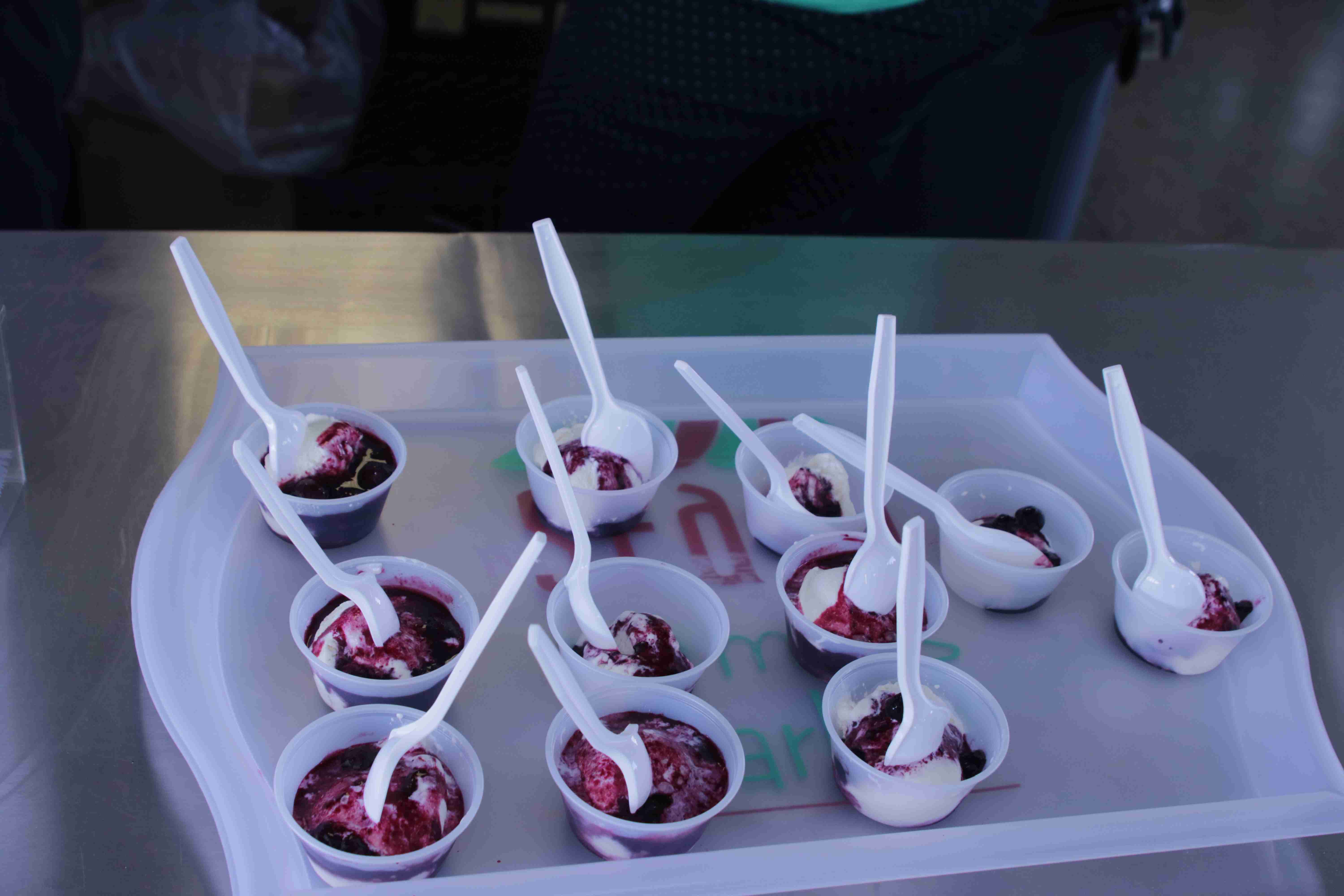 In a medium saucepan, mix the blueberries with the sugar. Cook over moderate heat until the blueberries begin to burst, about 5 minutes. Remove from the heat. Stir in the lemon juice. Serve the sauce warm.

And guess what? They’re good for you, too. The North Carolina Blueberry Council reports that one cup of blueberries has only 84 calories and provides you with 24 percent of your daily recommended serving of vitamin C. 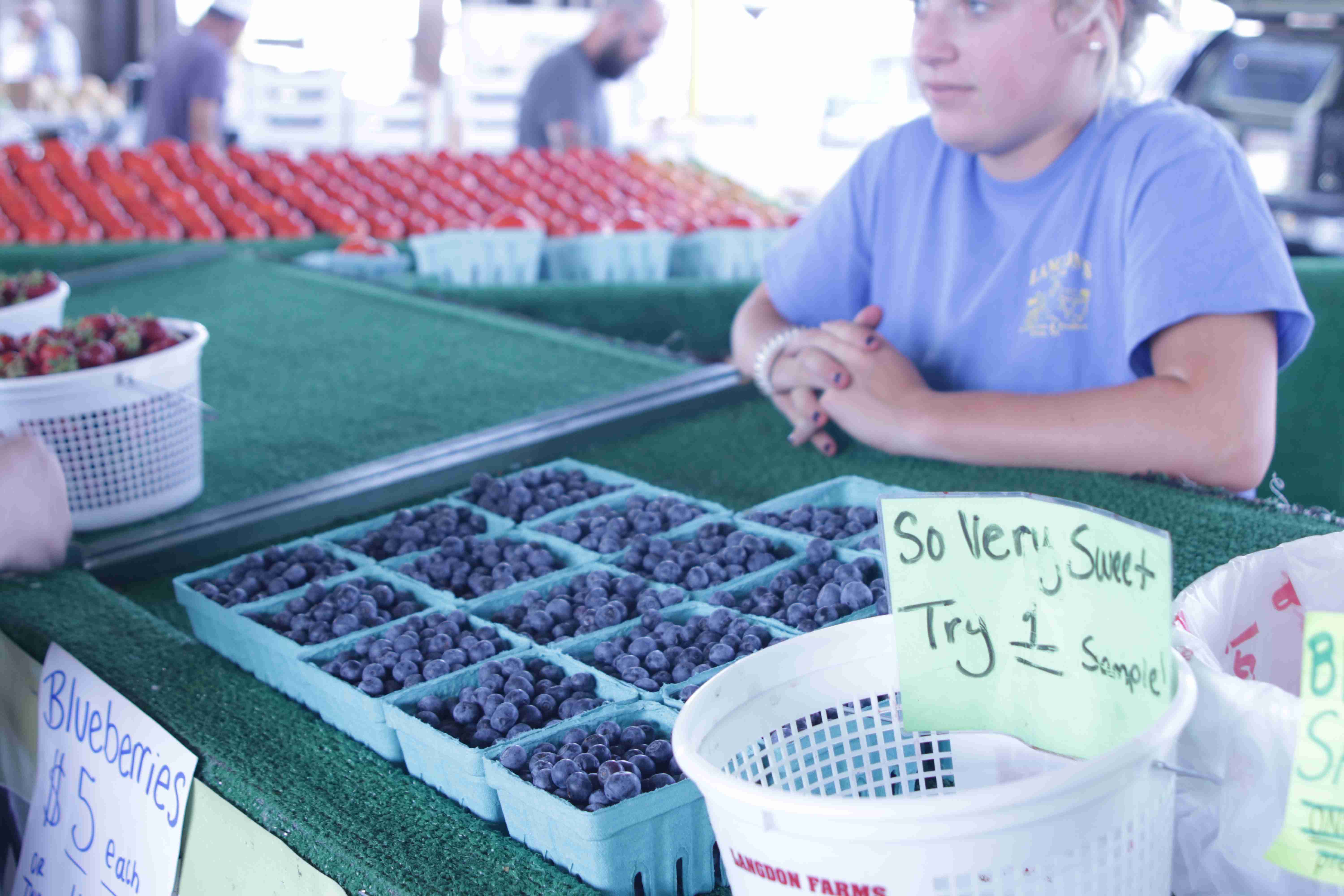 Whether you like them melted on ice cream or straight from the bucket, hop on over to the farmers market before blueberry season ends and they’ve all been snatched up.