The Spotted Lanternfly: Spotted in Virginia 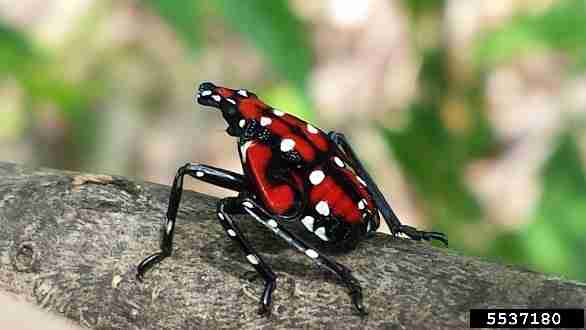 And we need your help to spot it here! 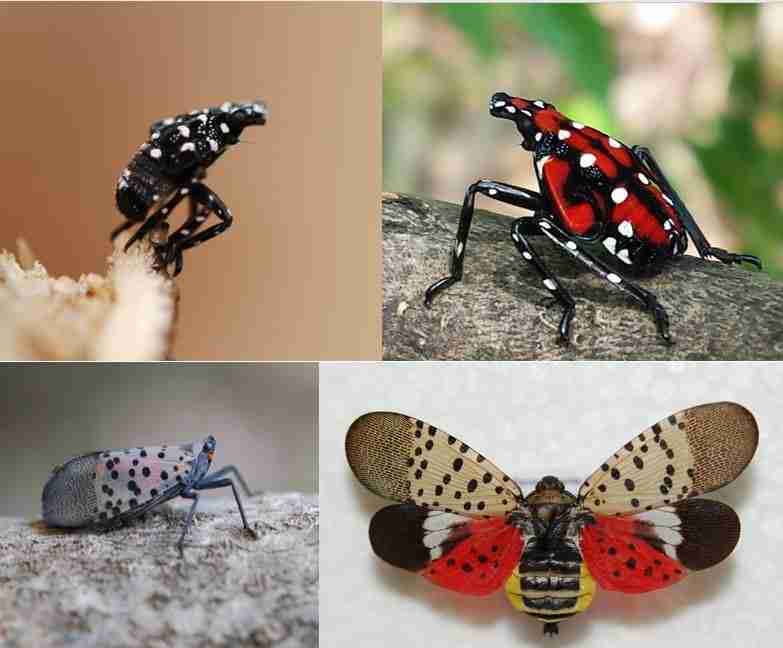 The Spotted Lanternfly is a colorful insect! Top photos are the immature stage which is black with white spots and, in its last immature stage, also has red coloration. When at rest, the top wings are held tent-like and are gray with black spots. The underwings are a bright red and may be seen in flight. Images: L. Barringer, PA Dept. of Agriculture, Bugwood.org.

In 2013, the emerald ash borer was found for the first time in N.C.  Now, a mere 5 years later, it can be found in a third of our state. The introduction of this forest pest has been catastrophic. Countless ash trees have been killed by the emerald ash borer. The last thing our forests need is a new invasive threat. Unfortunately, there is another one knocking at our door.

The spotted lanternfly was found less than 200 miles from the N.C. state line in our neighbor state of Virginia. It is a piercing-sucking insect, sucking sap from the plant on which it feeds, weakening and eventually killing it.

One of the biggest issues with the spotted lanternfly is that it has a very wide host range. Many of our invasive forest pests, such as the hemlock woolly adelgid or the emerald ash borer, only attack one or two kinds of tree. The spotted lanternfly is somewhat non-discriminatory and will attack tree-of-heaven, pines, hardwoods (maple, poplar, willow), fruit trees (apples, Prunus spp.), hops, and grapevine. 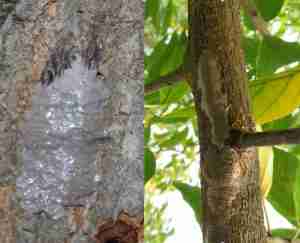 The egg mass is 1-1.5″ long. when newly laid, they are shiny and once hardened, looks like dried mud. This stage can be accidentally transported if eggs are laid on smooth materials (bricks, stone) which is then moved. Images: Pennsylvania Dept. of Agriculture, Bugwood.org (left); K. Law,
USDA APHIS PPQ, Bugwood.org (right).

Native to Asia, the spotted lanternfly was first found in the U.S. in Pennsylvania in 2014. It has since spread to much of eastern Pennsylvania and was found in Virginia in January of this year.

Keep an eye out!

We need to know if this invasive pest makes its way to N.C. and the best way to find something is to have people, like yourselves, looking. The nymphs should be emerging soon, so be sure to keep an eye out for all stages of this insect!

If you see this insect, report it!