With last year’s active southern pine beetle outbreaks across the southeastern U.S., it is increasingly important to forecast if the “most destructive pest in the South” will again rear it’s ugly head. One of the ways to predict this is through Southern pine beetle trapping, which the N.C. Forest Service does each year. Traps have already gone out across most of the state. 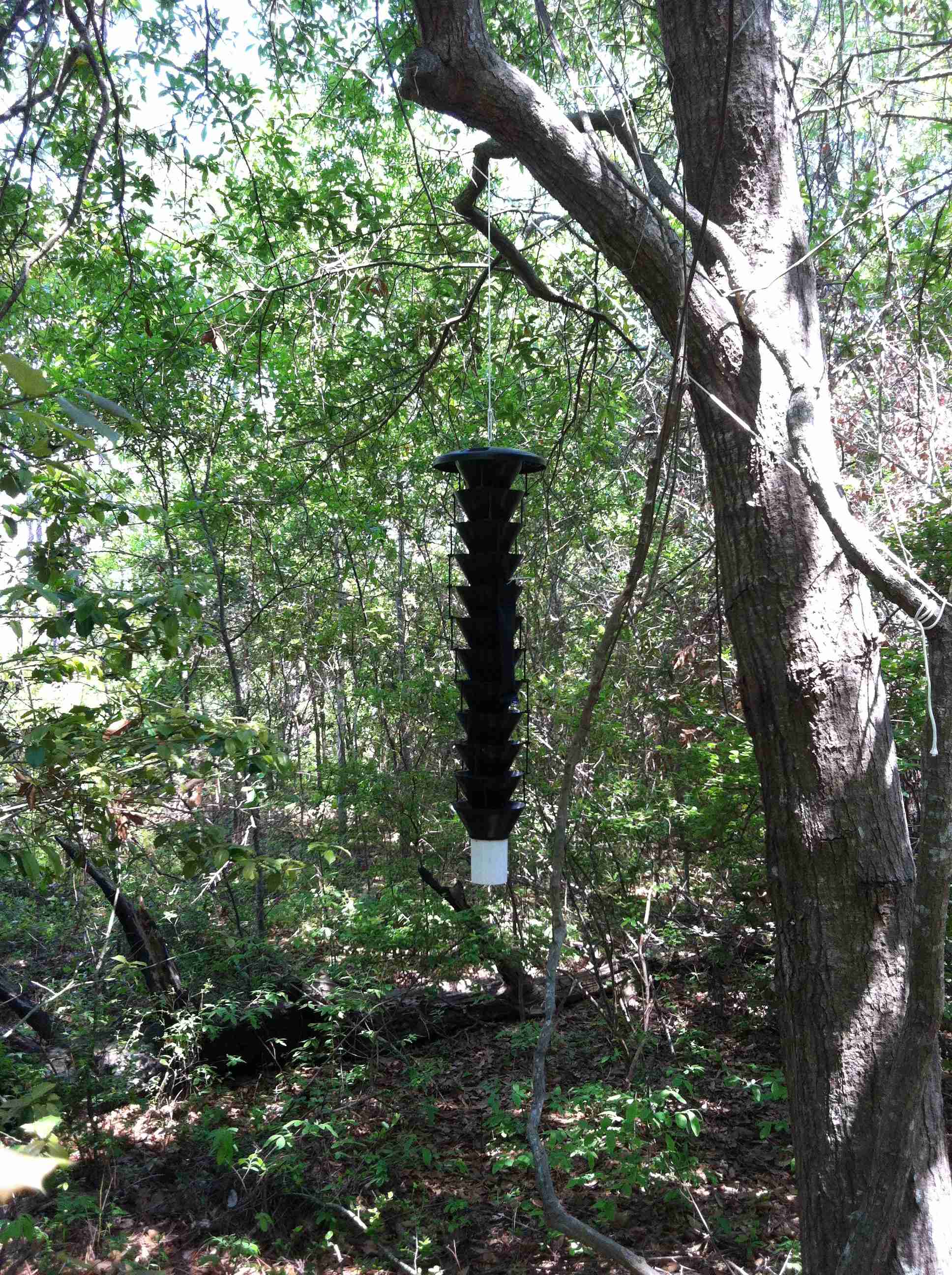 Funnel traps are used to trap southern pine beetle each spring. By analyzing the trap captures, we can predict what the population levels may be like for the coming year. Image: K. Oten, NCFS.

The Southern pine beetle is considered the worst of the worst when it comes to forest insects. During attack, pine needles fade from green to yellow to red, then dead. When an outbreak occurs, the beetles attack tree after tree, causing large patches of dead pines, called “spots.” In the past several years, the Southern pine beetle has caused an estimated $1.5 billion in damages [Forest Health Technology Enterprise Team report 2014].

In the meantime, landowners and forest managers are encouraged to stay vigilant and reduce stand susceptibility to southern pine beetle by maintaining good stocking levels. Overstocked pine stands are more susceptible to beetle attack. By thinning a stand, one can reduce the likelihood that an outbreak will occur. The Southern Pine Beetle Prevention Program is a cost-share program that aids landowners in thinning pine stands.

So, keep an eye out for this rice-sized tree-killer and stay tuned for trapping results later this spring!