In the Kitchen with Brian and Lisa: North Carolina nuts 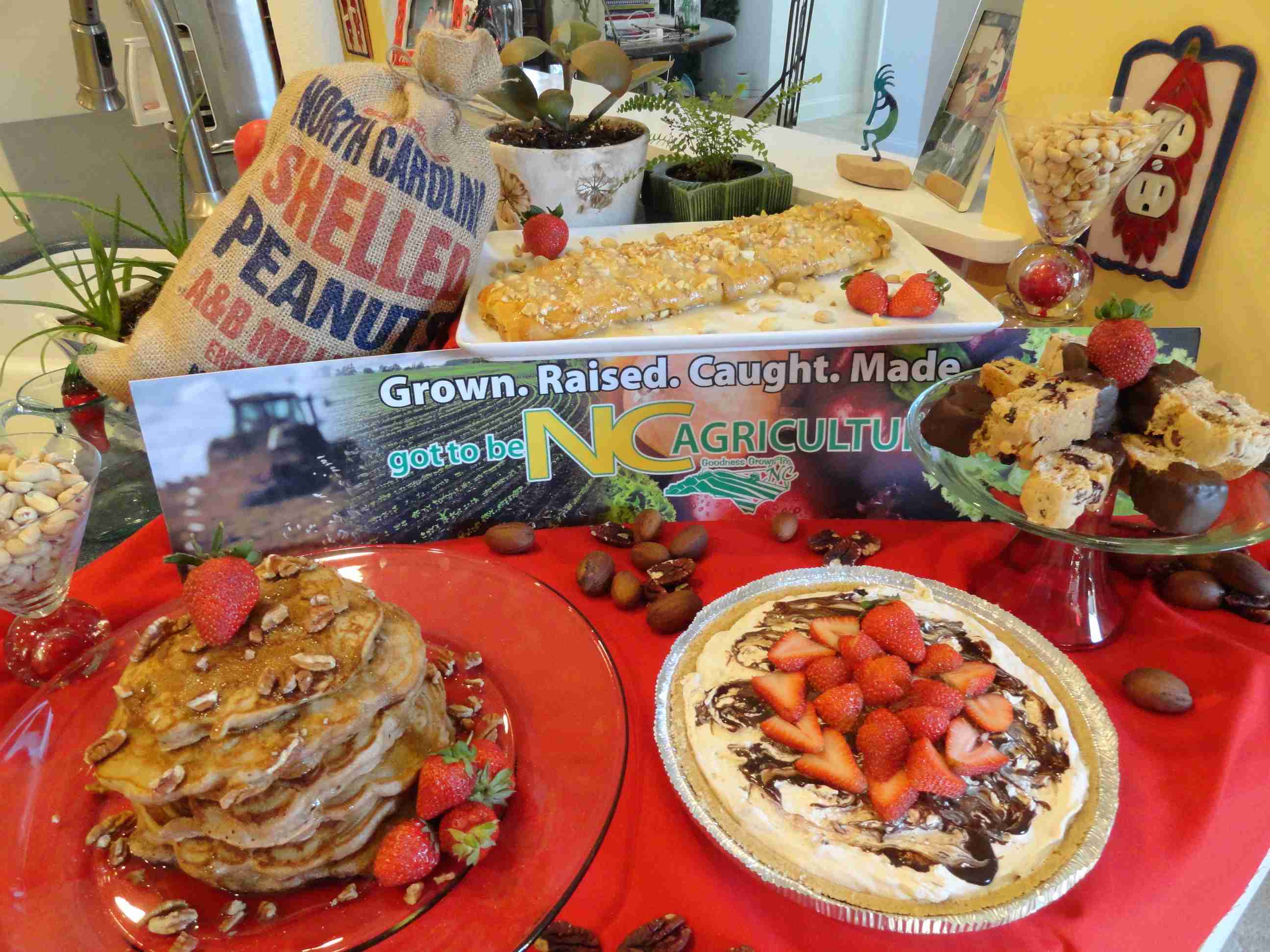 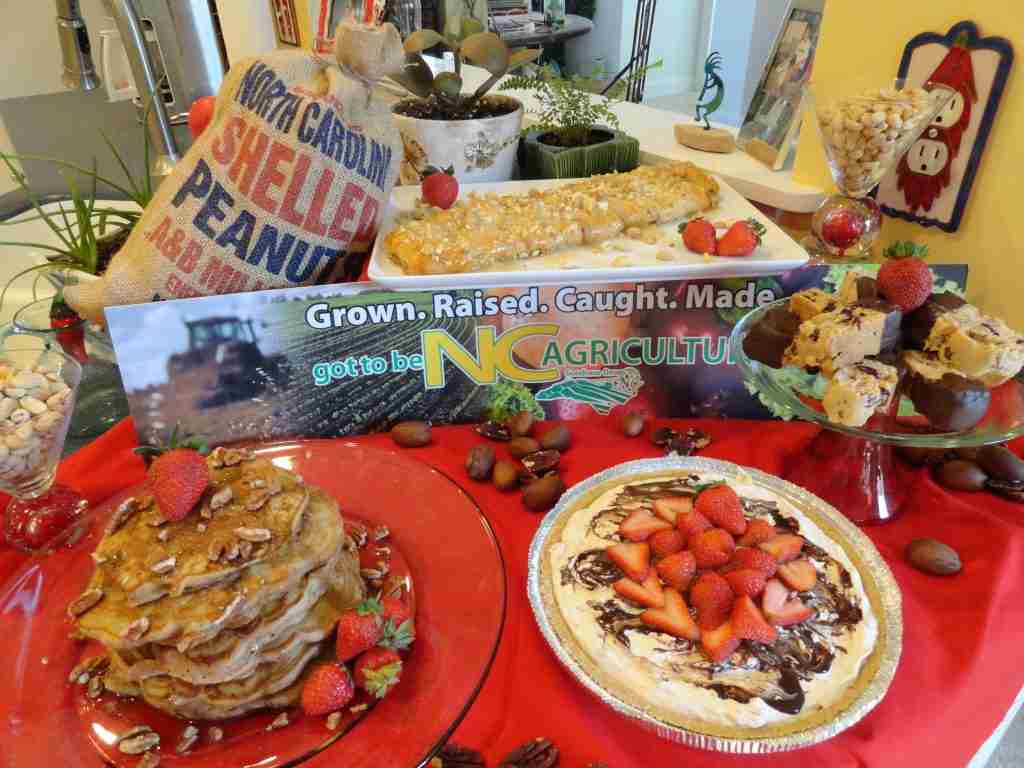 WRAL reporter Brian Shrader and our own Lisa Prince feature seasonal recipes in their weekly Local Dish Cooking segment. This month’s recipes feature North Carolina’s favorite nuts – pecans and peanuts.  North Carolina produced 342 million pounds of peanut in 2016, ranking the state 6th nationally in peanut production. The state also produces between three to five million pounds of pecans each year. The past growing season was strong for both peanuts and pecans.

The first recipe is delicious paired with a cup of coffee or with a scoop of ice cream. It also makes a great gift.

Heat oven to 350 degrees. Beat together butter, sugar, eggs and vanilla. Add the flour, baking powder and cinnamon; mix well. Stir in pecans and Craisins. Divide dough in half and shape into two long loaves, 1-½ inches in diameter. Place on a greased baking sheet; flatten slightly. Bake 20 to 25 minutes, until firm. With a sharp knife, cut loaves diagonally into ¾ inch thick slices. Place cut sides down on baking sheet. Bake 10 minutes longer or until lightly browned. Remove from oven and place on cooling rack until cooled. Melt chocolate wafers according to package directions. Dip one end of each biscotti into the chocolate and place back on cooling rack until chocolate it is firm.

The next recipe was given to Lisa more than 20 years ago and it’s still one of her favorites. She usually doubles the recipe and makes two pies at one time. “Just as easy and then you have one pie to enjoy now, and one to have in the freezer for later.”

In a large mixing bowl, beat cream cheese until smooth. Add the sugar and continue beating until well combined. Add the peanut butter and mix until thick. Fold in the Cool Whip. Once blended, pour into the graham cracker crust and freeze for 6 hours or overnight.

Samantha Leonard from Archdale won the N.C. Pecan Growers competition at the 2017 N.C. State Fair with this delicious breakfast dish. Lisa suggests that  a fun way to serve these is to stack the pancakes up, cut out a wedge and drizzle with syrup.

Mix the flour, white sugar, baking powder and pecans until well combined. Add the milk and eggs and mix until the mixture is combined; you will still have lumps. Add cinnamon and melted butter. Heat pan to 350 degrees and butter pan lightly or spray with cooking spray. Pour a healthy ½ cup of batter in pan, distributing the pecans. Once bubbles start to form and before flipping the pancake, sprinkle about a tablespoon of brown sugar. Try to avoid edges, because the sugar will burn. Cook pancake on the other side for 3 to 4 minutes. For a crunchier cake, you can add more pecans with the brown sugar as well.

Craig Partin from Garner took home first prize in the N.C. Peanut Growers Association contest at the 2017 NC State Fair by creating this beautiful breakfast braid that is packed with protein.

Heat oven to 375 degrees. Spray a cookie sheet with cooking spray. In a medium bowl, stir together peanut butter, brown sugar and cayenne pepper until well mixed. Unroll crescent dough into a rectangle onto cookie sheet. Press dough perforations to seal dough. Then spread the peanut butter mixture down the center of the dough about 3-1/2 inches in width. Layer the banana slices over the peanut butter layer. Cut the long sides of the dough rectangle into 1-inch diagonal strips. Fold the strips, alternating with each over the peanut butter filling. Sprinkle chopped peanuts over the top of the braided dough and press in lightly. Brush beaten egg over top and sides of dough. Bake 15 to 20 minutes or until golden brown. Let cool. In a small bowl, whisk together all the glaze ingredients until smooth. Drizzle glaze over top of braid.