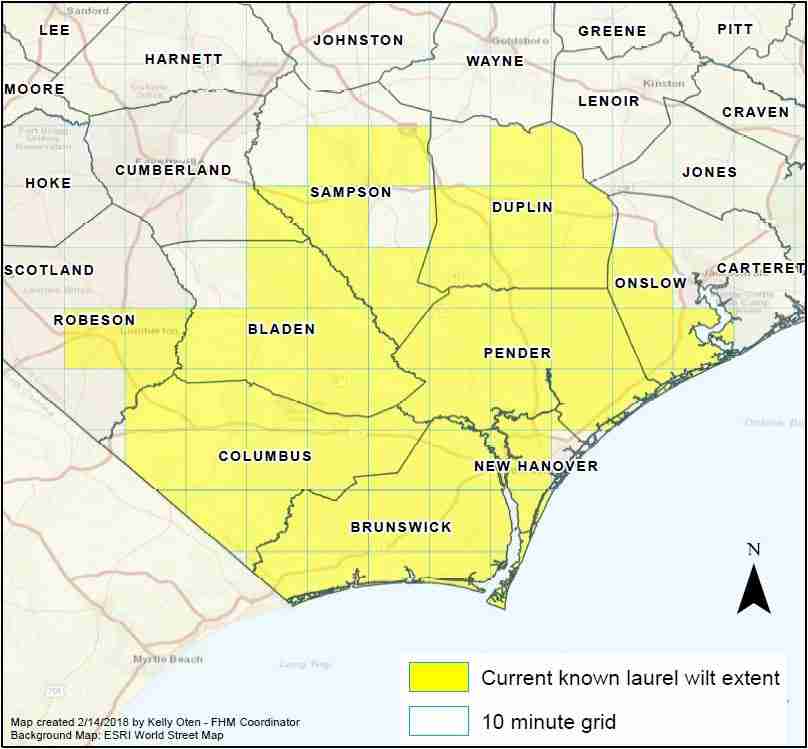 They say “don’t sweat the small stuff”, but as laurel wilt continues to spread in North Carolina, some may begin to question that advice. A microscopic fungal spore carried by a beetle about the size of a poppy seed is killing trees across our coastal plains landscape. And there’s not much we can do about it.

Laurel wilt is a devastating non-native disease of redbay trees and other plants in the laurel family. Native to southeastern Asia, it was first detected in the U.S. near Savannah in the early 2000s and has since spread to eight additional southern states, from Texas to North Carolina. It has already killed an estimated half a billion redbay trees since its introduction.

Surveys conducted in the winter help determine where and how quickly laurel wilt is spreading. This year, laurel wilt was detected in Cumberland County for the first time, making it the 10th county in N.C. to have this tree-killing disease.

Laurel wilt kills trees in just a few weeks. The fungus-toting beetle primarily attacks redbay and sassafras, but other lauraceous plants are also at risk. While redbay trees are not a high-value timber species, they provide food and shelter to many animals, including songbirds, turkeys, quail, deer and bears. A couple of swallowtail butterflies rely almost exclusively on plants susceptible to laurel wilt, endangering their continued existence. There are also two rare plant species that are known to be susceptible to laurel wilt: pondspice and pondberry.

Currently, there is no reliable way to prevent or treat laurel wilt. Insecticides have not been effective in stopping beetle attacks, and fungicides are costly and need re-application. Our best weapon is slowing the spread, so please use local or treated firewood and notify your N.C. Forest Service county ranger if you suspect laurel wilt has invaded a new area. The most up-to-date range map can be accessed on the N.C. Forest Service’s website. 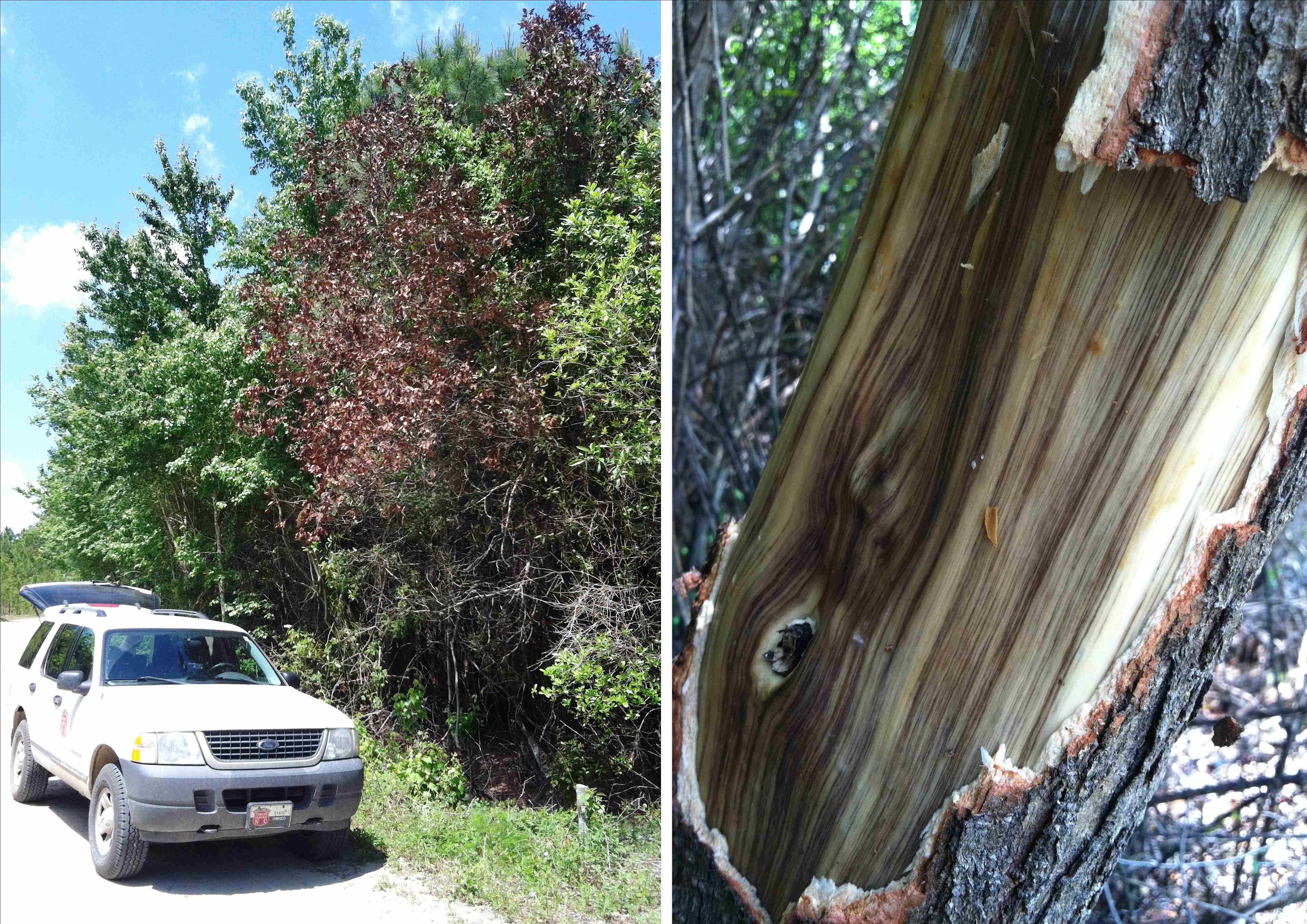