Don’t trip over your shoestrings! Shoestring root rot, that is!

Autumn is upon us and temperatures are cooling across North Carolina. We have had adequate moisture this year and many fungi have already, or are currently producing, reproductive structures such as mushrooms. Shoe string root rot, also known as honey mushroom or Armillaria (the genus of this fungus), is a common fungus found on a variety of conifers and hardwood trees throughout the United States, Europe, Asia and Australia. 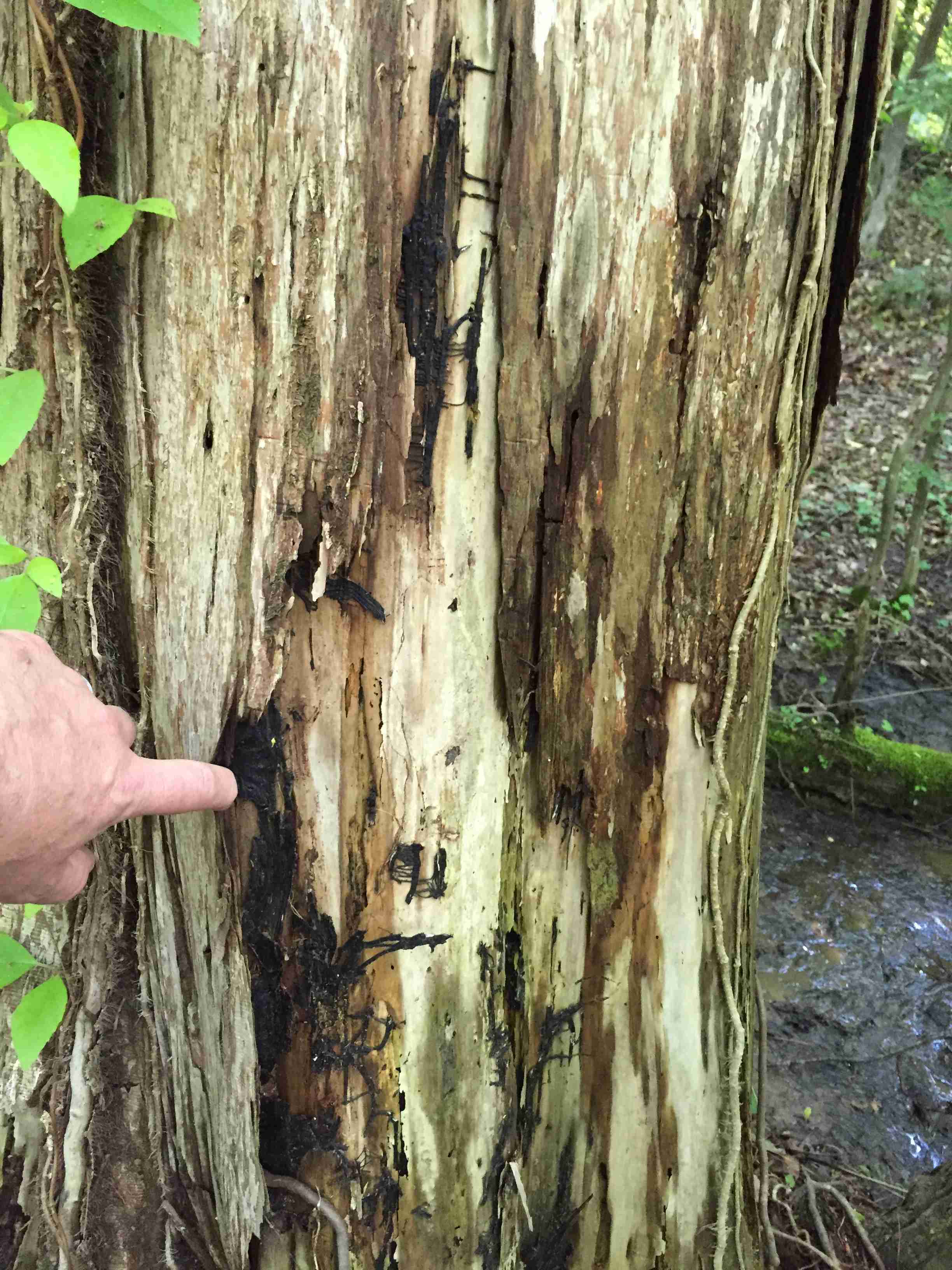 The difficulty of identifying this rot depends on the degree of infection of the host tree and the location within the tree.  The easiest way to identify this species is by the structures that give it the name shoestring root rot. While technically called rhizomorphs, these black, root-like structures resemble a dark shoestring. They serve as a means of colonizing new trees some distance away from the original source of the fungus. They can grow either above or below ground and survive in less than ideal conditions, giving this fungus a competitive advantage over other fungi. Other means of identification include the presence of white, paper-like fungal growth under the bark and the presence of clumps of honey-colored mushrooms at the base of the tree.

Shoestring root rot is an aggressive fungus that can kill the growing portions of the tree as well as cause decay in the root system and base of the tree. It may use dead stumps as a food source to allow it to grow toward and attack nearby living trees and often colonizes trees that are stressed due to other factors. It is one of the organisms that works in concert with the two-lined chestnut borer (Agrilus bilineatus) and other stress agents, such as drought or soil saturation, contributing to the disease known as oak decline. 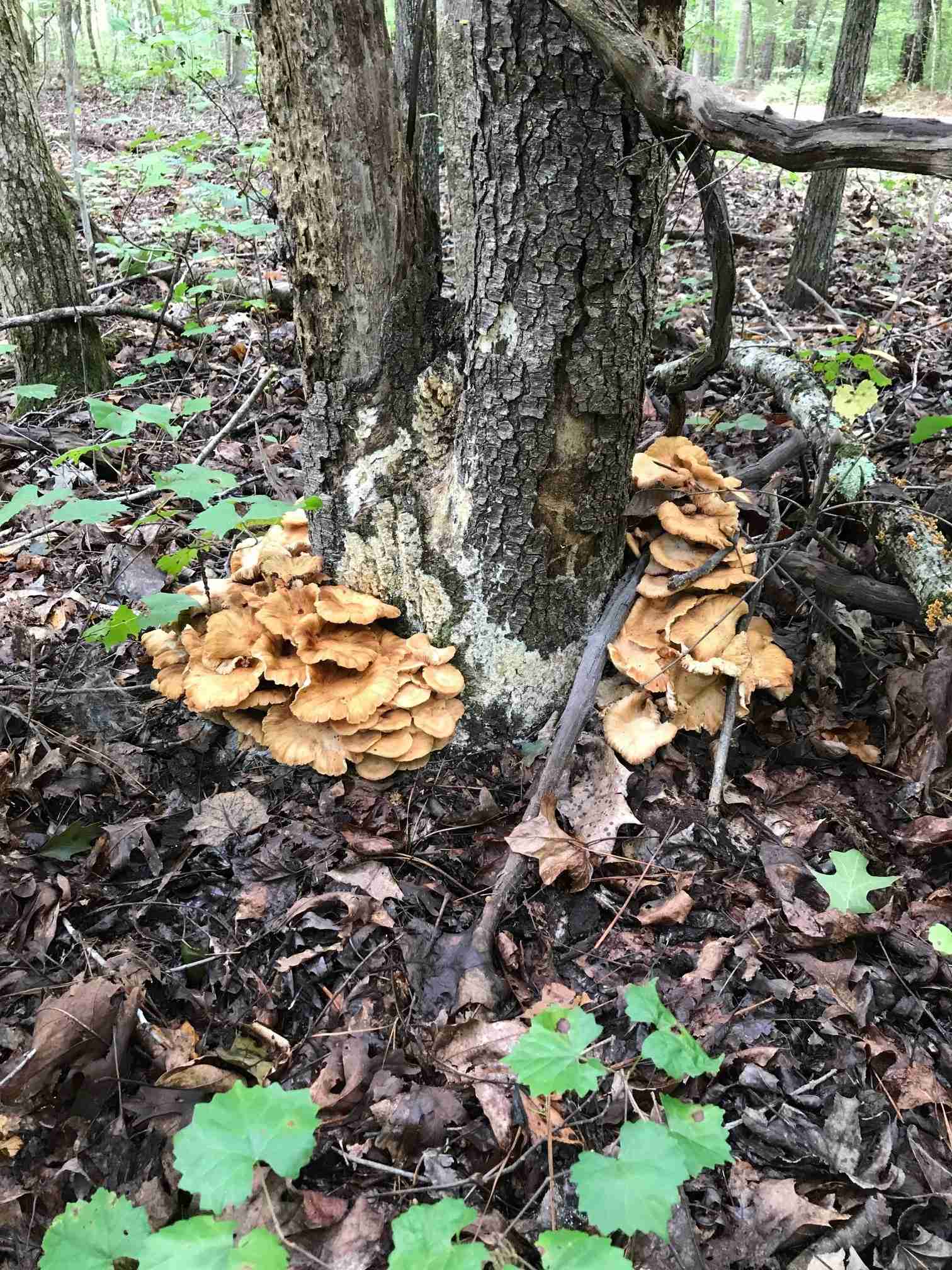 A tree may be colonized by the shoestring like rhizomorphs but, more commonly, the damage is caused by a white layer of fungal material capable of consuming both living and non-living portions of the tree.  Symptoms of this may be a yellowing of the foliage or top dieback.  However, decay in the interior of the tree may go unnoticed leading to a weakened stem and susceptibility to blowdown.  If you notice any of the telltale signs of this fungus in a residential tree, have it examined by a certified arborist.

Although we are often concerned about the detrimental aspects of this fungus, it does have some redeeming qualities.  Shoestring root rot mushrooms are edible, though no one should eat any mushroom without being certain of the species. In addition, this is one of several fungi that glow in the dark (bioluminescence) which has led to the name “foxfire” being used for many generations to describe this phenomenon. Armillaria has also gained some notoriety by being one of the world’s largest and oldest living things and is sometimes called the “humongous fungus.”

So, the next time you are out of doors and trip over something, look around, it may not be your shoestring but the shoestring root rot fungus instead.