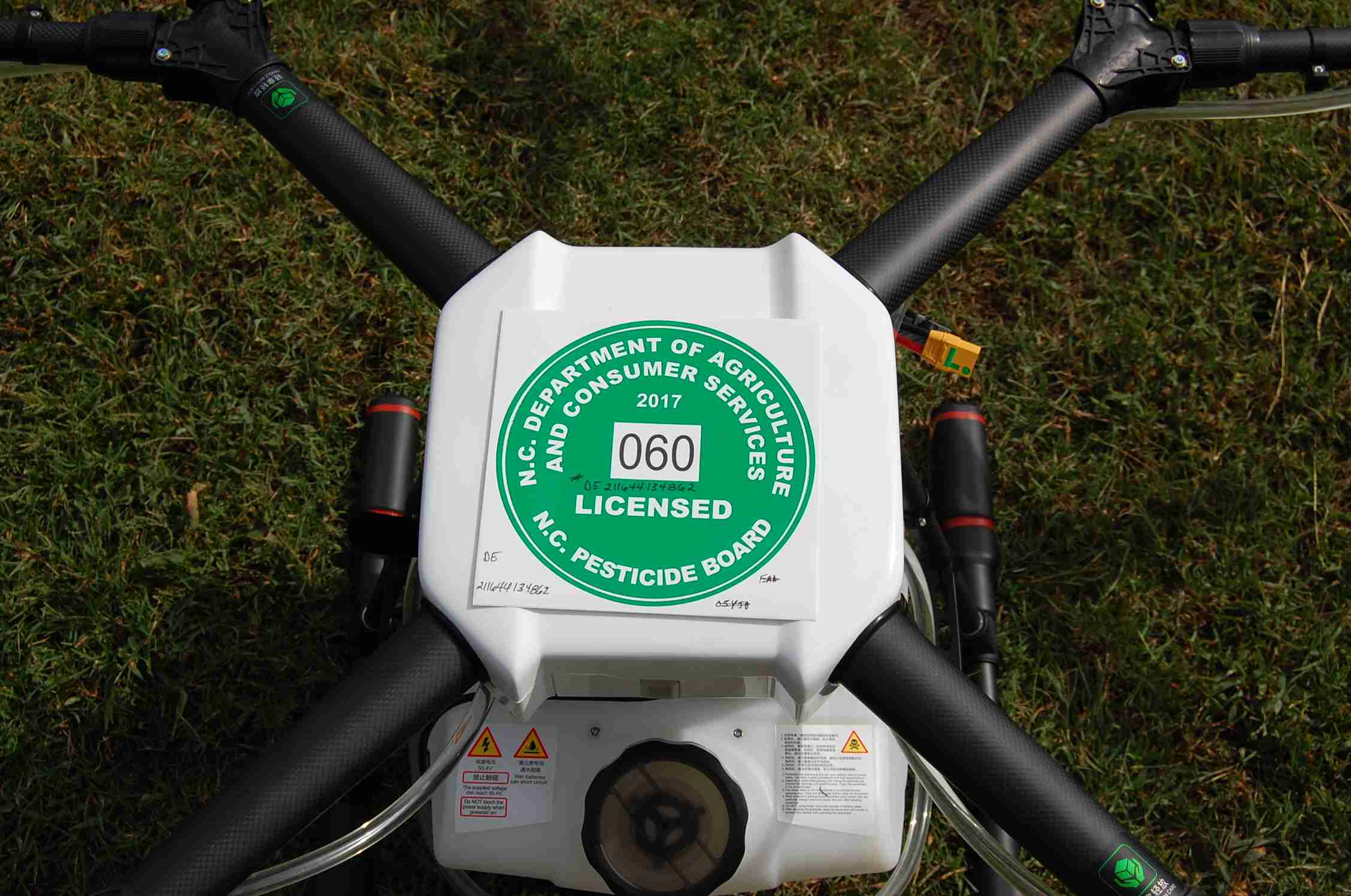 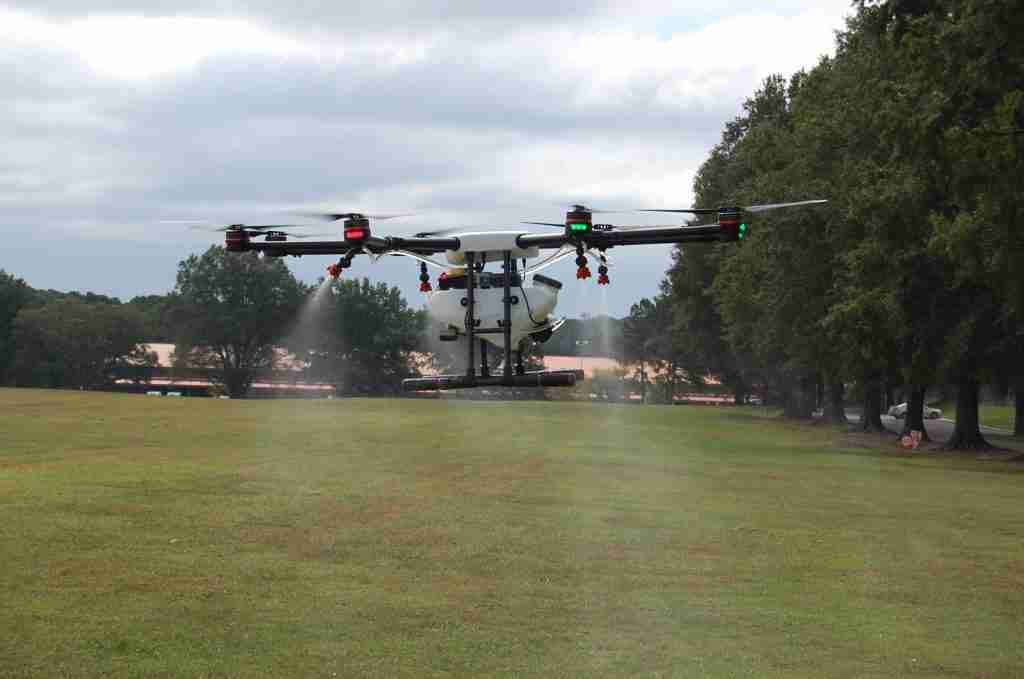 This DJI Agras drone is the first to be licensed by the NCDA&CS for spraying pesticides.

Advances in agriculture happen all the time. Inspectors with our Structural Pest Control and Pesticides Division saw this advancement firsthand last week, as they licensed the first drone in North Carolina for pesticide application.

“The technology is here for this type of spraying in North Carolina,” said Jim Burnette, director of the Structural Pest Control and Pesticides Division. “As with the airplanes and helicopters we inspect, our team checks the tank, spraying capability and the ability for the operator to stop spraying when needed. It’s not really a new protocol for drone inspection. It’s different, but not new.”

“We’ve inspected plenty of helicopters and planes,” said Jason Williams, pesticide operations specialist with the division, ” but I have never had one be assembled right in front of me before the inspection. We inspect the same things on a drone, just at a smaller size. Instead of a 50-gallon tank, it’s a 2.5-gallon tank. Instead of 50 sprayer nozzles, it’s four. And, you can’t pick up an airplane and move it — you can pick the drone up and move it wherever you want.”

Aircrafts must be inspected once a year and the fee is $25. Applicators must also hold Federal Aviation Administration certification, have at least 125 hours of flying time, one year experience as a pilot in the field of aerial pesticide applications and a pesticides applicator pilot license. All aerial application businesses must be licensed pesticides contractors through the N.C. Department of Agriculture and Consumer Services.

“Drone technology will be great to use on vineyards, blueberries, Christmas trees,” Williams said. “Anywhere you need to treat a smaller area than what you would get with a plane. And it allows for localized spraying. This might be the first drone to pass inspection, but we expect more.”

Christopher Dustin with SEPI Engineering and Construction is the pilot of the DJI Agras drone certified by NCDA&CS. The company is under contract with the N.C. Department of Transportation to use the drone to spray Phragmites on Bodie Island in Dare County. Phragmites is an invasive grass species that is causing problems in wetlands. “The drone offers an ultra-low spraying volume,” Dustin said. “It is essentially like spraying through a backpack sprayer, but the drone can get to areas that a person or ATV vehicle might not be able to get.” Dustin is waiting for a permit from the National Park Service before spraying begins.

Check out this video of the DJI Agras drone in action: