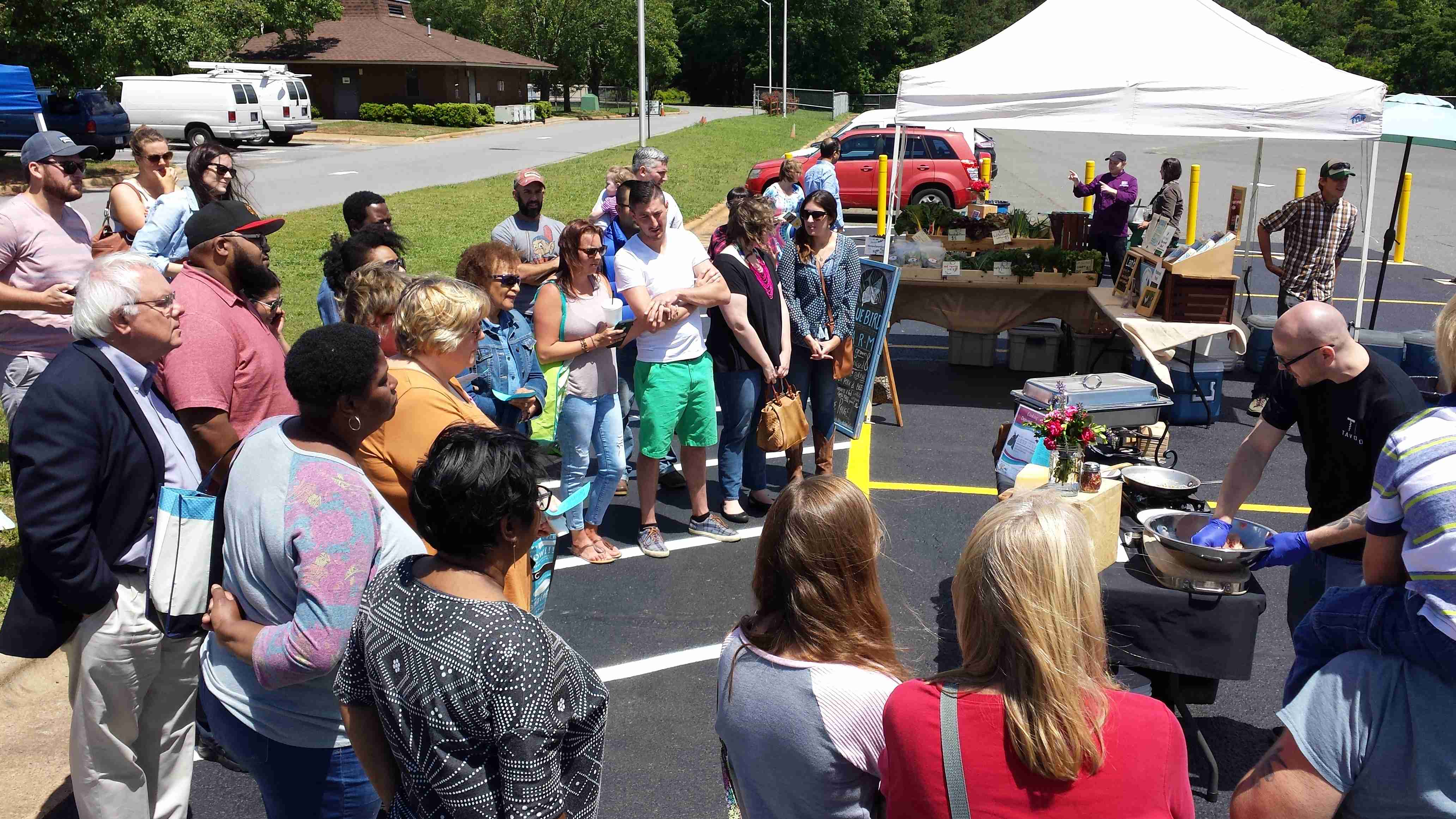 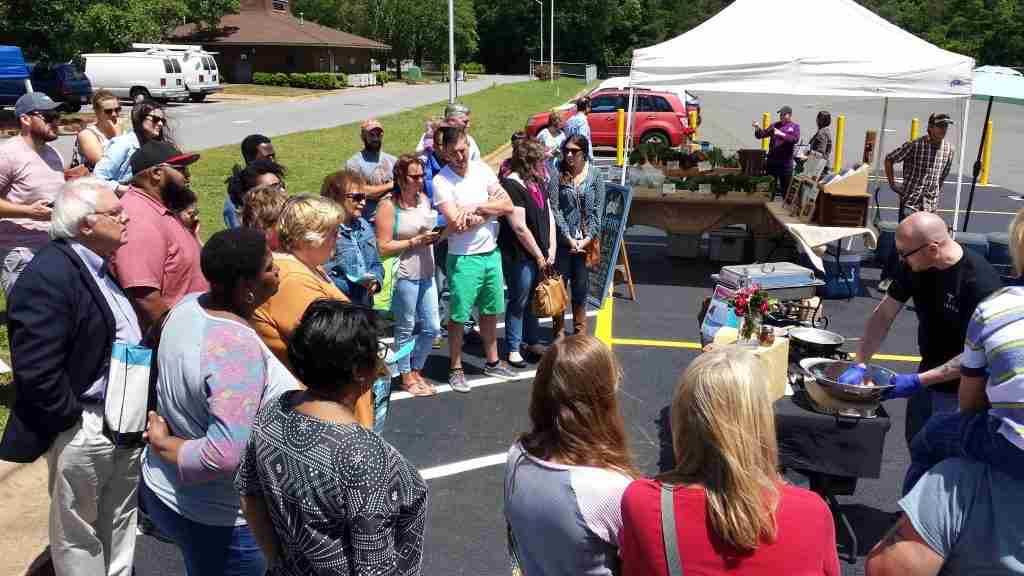 The Charlotte Regional Farmers Market held a Beef it Up event to connect farmers, chefs and market visitors.

National Farmers Market Week is Aug. 6-12. North Carolina has numerous reasons to celebrate this event because our state’s farmers markets provide residents with fresh, healthy food and support the efforts of local farmers. According to the U.S. Department of Agriculture, 50 percent of farmers selling at farmers markets derive at least half their revenue from farmers market sales. Join us this week in thanking farmers and farmers market staff for the role they play in agriculture.

Amie Newsome is not afraid to think outside the box. As manager of the Charlotte Regional Farmers Market, she has introduced new events that have helped encourage market attendance. “We look at the national day calendar and think about what we can market and encourage,” Newsome said. “Last year we saw that National Teddy Bear Picnic day coincided with when we would usually hold Watermelon Day.” The market lined up food trucks and handed out free watermelon slices. They also collected new and gently used teddy bears for Turn Around Toys, an organization that hands out toys in impoverished areas of Charlotte.

Events are promoted through local event calendars and through the market’s Facebook page. Most events at this market, and the three others run by the N.C. Department of Agriculture and Consumer Services, celebrate produce and vegetables that are in season and abundant at the market. 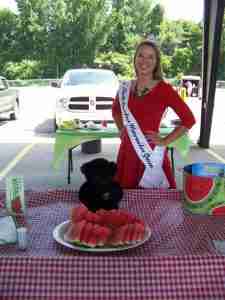 Beef it Up was held on the first Sunday market this year. The market holds Sunday hours from May through September. Three different farms provided the beef products, and chefs from local restaurants did cooking demonstrations and handed out samples. It was a great way to show how agricultural products at the market are used in cooking. It also doubled the usual attendance for a Sunday market. “What was great about the event on our first Sunday of the season is that we have seen higher than normal attendance on Sundays all season,” Newsome said.

Newsome’s favorite event is when the Got to Be NC Big Cart visits. “Market visitors get to see it and get their picture made,” she said. “We are a NASCAR city so we love things with big engines. Vendors like the special events because they see we are promoting the market the best we can, and events increase our attendance.” Upcoming events in Charlotte include Honey Bee Awareness Day on Aug. 19 and Hot Pepper Day on Aug. 26.

The Robert G. Shaw Piedmont Triad Farmers Market in Colfax also uses special events to draw crowds. The market staff has noticed a 25 percent increase in market attendance on event days. The attendance boost often lasts into the week because of the increased awareness from Facebook and the local media.

“Having a watermelon day, peach day or any of our in-season commodities is really supported by our local media,” said Robert Smothers, assistant market manager. “They will highlight recipe winners and even sometimes do their local show at the market the day of the event. Even if someone can’t make it to the event, it has raised awareness of what’s in season and they might visit that weekend.”

Last month, the market’s crawfish boil sold out in about an hour. “We opened the event at 10 a.m. and had sold through 900 pounds of crawfish by 11 a.m.,” Smothers said.

The market holds other, more unusual, events, too. These include a sanctioned chili cook-off early in the season, and car and truck shows, including an antique work truck show that highlights road tractors, old tour buses, military vehicles, tow trucks and other utility vehicles. The market has also had local run clubs meet at the grounds. These non-agricultural events help boost market attendance, too. 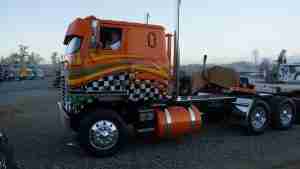 Smothers uses Facebook and local media outlets to highlight what is going on at the market. “We started on Facebook shortly after the platform got popular,” he said. “I think that is why we have such a good following. I think boosting our event posts and taking good photos also help.”

The NCDA&CS runs four farmers markets. The locations of these markets are Raleigh, Asheville, Charlotte and Colfax. Each market has its own website: http://ncagr.gov/markets/facilities/index.htm. A calendar of special events can be found on the markets page.

There are more than 200 other farmers markets and roadside stands across the state. Here’s a link that lists many of them: http://www.ncfarmfresh.com/farmmarkets.asp.