What does this week’s rain mean for NC crops? 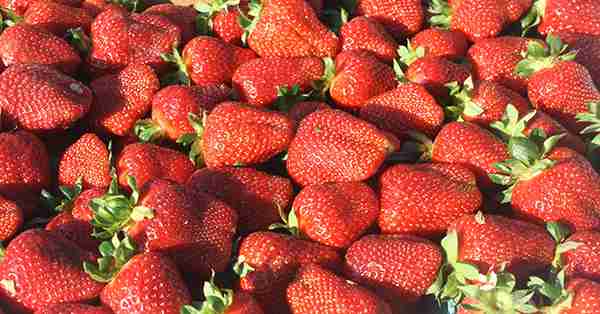 Ripe strawberries that had not been picked were damaged by heavy rainfall that swept North Carolina this week. But dry conditions across the state appear to have lessened the rain’s negative impact on crops.

Dry conditions across North Carolina appear to have blunted the impact of this week’s heavy rain on crops.

The rain damaged ripe strawberries that had not been picked, but green fruit and the plants themselves came through the event in good condition, according to initial reports from NCDA&CS regional agronomists.

“For the most part, any ripe fruit left on the plant was damaged and will be processed or discarded,” said Michelle McGinnis, Field Services Section chief in the Agronomic Services Division. “Those (growers) that picked right up until the rain had little damage.”

Standing water on corn, wheat, tobacco and soybeans is a concern in Region 3, which includes Craven, Carteret, Greene, Jones, Lenoir and Pitt counties. “My primary concerns at this time are that we are receiving more rain, soils are saturated, and temperatures are going to be hot later in the week,” said Chris Jernigan, Region 3 agronomist. “The amount of replanting that will need to be done will ultimately depend upon how fast waters recede and how much heat stress these young crops can tolerate in waterlogged conditions.

“The one bright spot is that we were in need of some rain,” he said.

In southeastern N.C., which suffered mightily from Hurricane Matthew last fall, no major crop losses have been reported from this week’s rain event, said Georgia Love, Region 5 agronomist. “(The rain is) mostly good for the region since it has been dry for several weeks,” she said.

Field preparation for tobacco in northwestern counties will be delayed in that region, Tate said. Tobacco already planted in other parts of state is generally in good shape, agronomists reported.

Agronomists are continuing to monitor conditions and impacts in their respective regions, and it’s possible that additional concerns could come up. But the rain provided desperately needed moisture to sage, said agronomist Jacob Searcy, whose region covers Beaufort, Dare, Hyde, Martin, Pamlico, Tyrrell and Washington counties.

“This event could prove to be a moneymaker for sage growers,” he said.