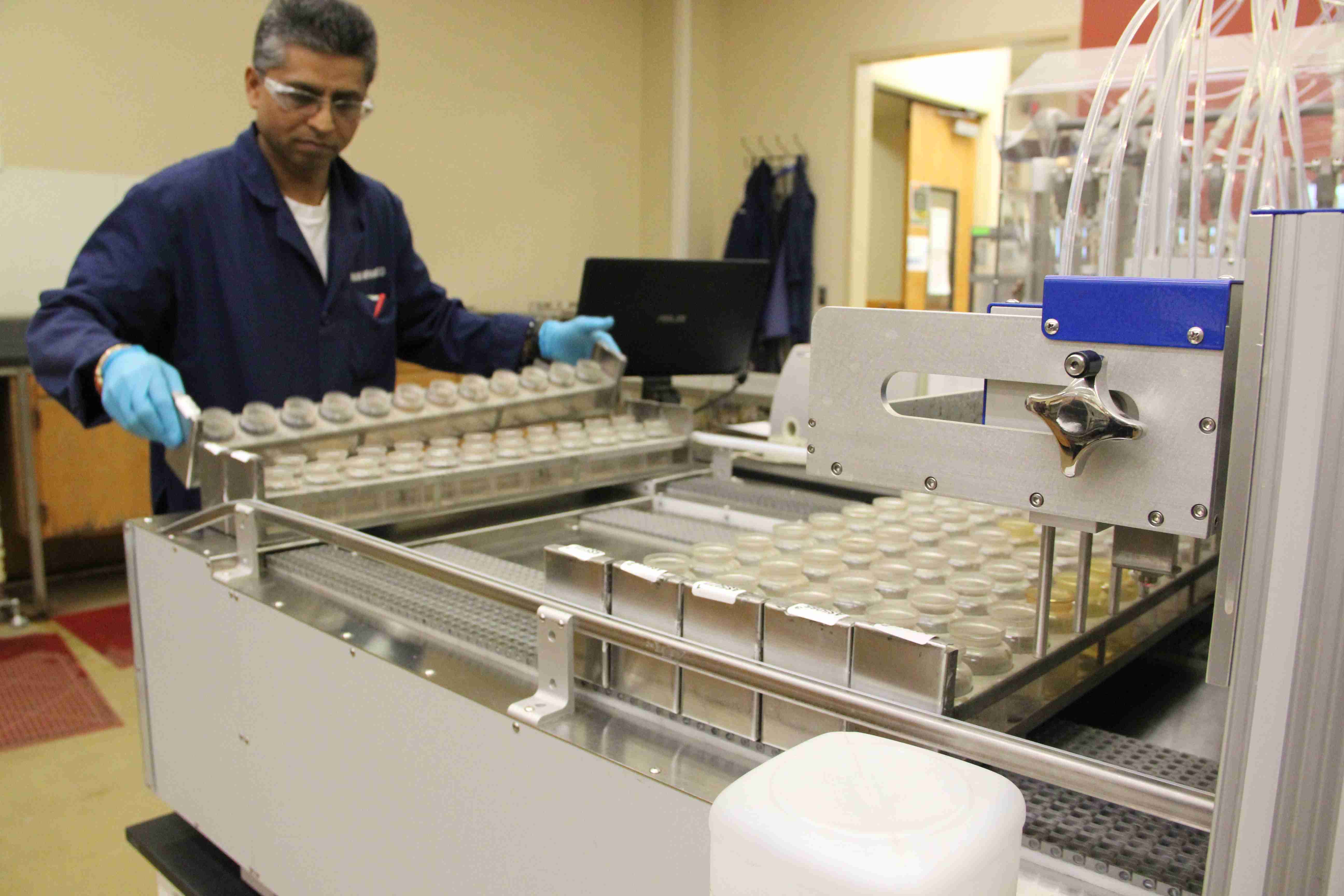 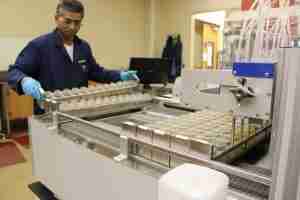 New equipment at the N.C. Department of Agriculture and Consumer Services Soil Testing lab in Raleigh is helping speed up the time it takes to process soil samples, and is also adding to safer working conditions for employees.

Funding for the upgrades has come from peak-season fees that are charged for soil testing from December through March. The fee was implemented in 2013 by the N.C. General Assembly with the intent that receipts be used by NCDA&CS to make improvements to services offered and to help alleviate testing delays.

Colleen Hudak-Wise, director of the Agronomic Services Division, said upgrades were necessary, and the fees are being reinvested into the lab, which in the end benefits users.

“The peak-season fees have certainly made us sustainable,” Hudak-Wise said. “We were on a shoestring budget and running ourselves ragged trying to keep the equipment operational. This money has helped us replace equipment that wouldn’t have been replaced.”

Among the new and upgraded equipment are a pH robot, a humic-matter robot, an automated dispensing station, a down-draft table for grinding samples, and an instrument referred to as an ICP that analyzes phosphorous, calcium and potassium. 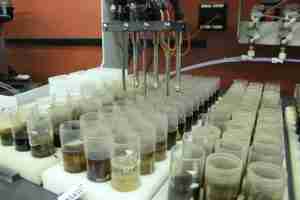 Automation allows the Agronomic Services lab to speed up processing and better utilize employees in other areas and in planning for surge weeks with longer hours during peak season.

“The money raised with the peak-season fee has filled a huge need in the lab, and we are grateful to be able to reinvest it in much needed upgrades,” Hudak-Wise said. “We depend on it to replace aging equipment and to hire more highly technical temporary staff.”

Before the infusion of funds, Hudak-Wise said keeping aging equipment working was a challenge.

“Prior to these new purchases, the last ICP unit we replaced was purchased in 1994. It is hard to deal with something that was just worn out,” she said. “You can’t operate the lab hoping for a good day when all necessary instruments are functional.”

Moving the lab forward with automated equipment has allowed management to more efficiently use staff, shifting workers to areas where the process can get backlogged, and planning surge weeks with longer hours during peak times to push more samples through the lab.

Automation has also allowed the lab to almost double the volume it processes daily, said Dr. David Hardy, Soil Testing Section chief. The addition of automation is not to replace people, but to improve the efficiency and capacity, he said.

“For several years in the early 2000s, we could process 60 sets with 36 samples per set in an eight-hour day,” Hardy said. Replacement and addition of equipment with automation have boosted that to 120 sets a day on surge weeks for a nine-hour day, he said, adding the goal is 100 sets during a normal eight-hour day. Hardy also credits having a creative and motivated staff to help identify critical needs where efficiencies and improvement in ergonomics can be made.

Before the peak-season fee went into effect, the price of equipment limited the ability of the lab to replace it or add additional pieces, Hudak-Wise said. New equipment additions have ranged in price from $60,000 to $110,000.

The automated dispensing unit was specifically designed for the lab to both dispense extractants needed to determine soil humic matter and analysis of major plant nutrients such as phosphorous, potassium, calcium, magnesium and also plant micronutrients including cooper, manganese and zinc. “It has also added an additional element of worker safety, by separating the employees from the caustic solution used to extract soil humic matter,” said Chris Molander, Soil Chemistry Lab supervisor.

The unit can process 120 sets in two hours in what used to take an hour to do 80 sets, Hardy added. And, speed matters when the peak season for soil sampling rolls around.

Hardy and Hudak-Wise estimate around 25,500 samples have come in so far during this peak season. Because of wet weather late in the 2015 season, over 56,000 samples came in during the peak season. 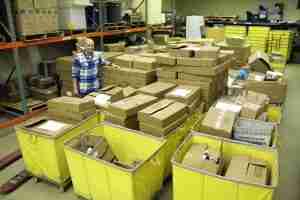 Dr. David Hardy, Soil Testing Section chief, stands in the midst of some of the 25,500 soil samples that have come into the Agronomic Services lab for testing.

When the peak-season fee was implemented, it was designed to encourage people to send in their samples early to avoid having to pay a fee, thereby extending the main window of time when samples arrived to the lab. Response has been good, Hudak-Wise said. The lab had 115,000 soil samples waiting to be analyzed on Dec. 1, 2016. Turnaround time peaked at nine weeks, but quickly dropped to two weeks by Feb. 6.  In comparison, before the peak-season fee was implemented, the turnaround time did not return to two weeks until early April.
As the lab enters its fourth season with the peak-season fees, Hudak-Wise said users have become more accustomed to the process, understanding that samples have to be dropped off between 6 a.m. and 5 p.m. Monday through Friday.

The lab also offers shippers to growers typically submitting lots of samples. Each shipper holds 36 samples per box, Hardy said, and more easily stacks on pallets for processing. The shippers are free, and can be requested by calling the lab at 919-733-2655. 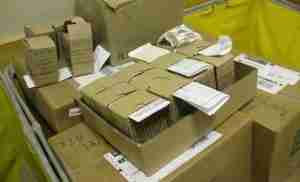 Shippers, like the one pictured here, are an easy way to submit soil samples for testing.