Faces in the Field: George Revels 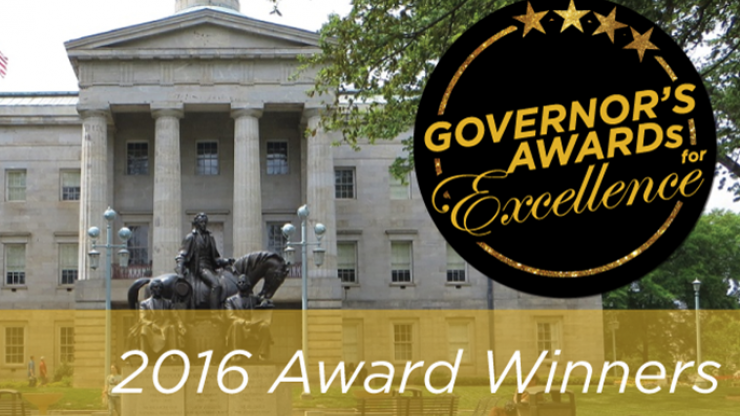 Author’s note: Sometimes life just gets in the way. Like for us when Hurricane Matthew hit just a few days before the N.C. State Fair last October. This blog post was written and just waiting to be posted when I got a little sidetracked and this story got put on the back burner. However, the story still deserves to be told, so here it is, more than four months later:

The highest honor a state employee can recieve

In the fall, Gov. Pat McCrory honored 16 state employees with the Governor’s Award for Excellence, the highest honor a state employee can receive. One of those was the N.C. Forest Service’s George Revels, who was our 2015 Employee of the Year.

On Sept. 2, 2015, Revels was returning to the office after finishing some field work, when a woman passed him on the road at a high rate of speed and lost control of her car. The car, which ended up off the road, caught fire. Revels stopped to assist the woman and pulled her from the burning vehicle, suffering burns to the left side of his face, ear and cheek.

“Thomas was in the in the right place at the right time, and was selfless enough to put himself at risk to help a stranger,” Commissioner Troxler noted.

The video below, which was shown at the awards ceremony, explains why he received the Governors Award for Excellence in the Safety and Heroism. George, you make us proud!