Got to be NC: Krispy Kreme Bread Pudding 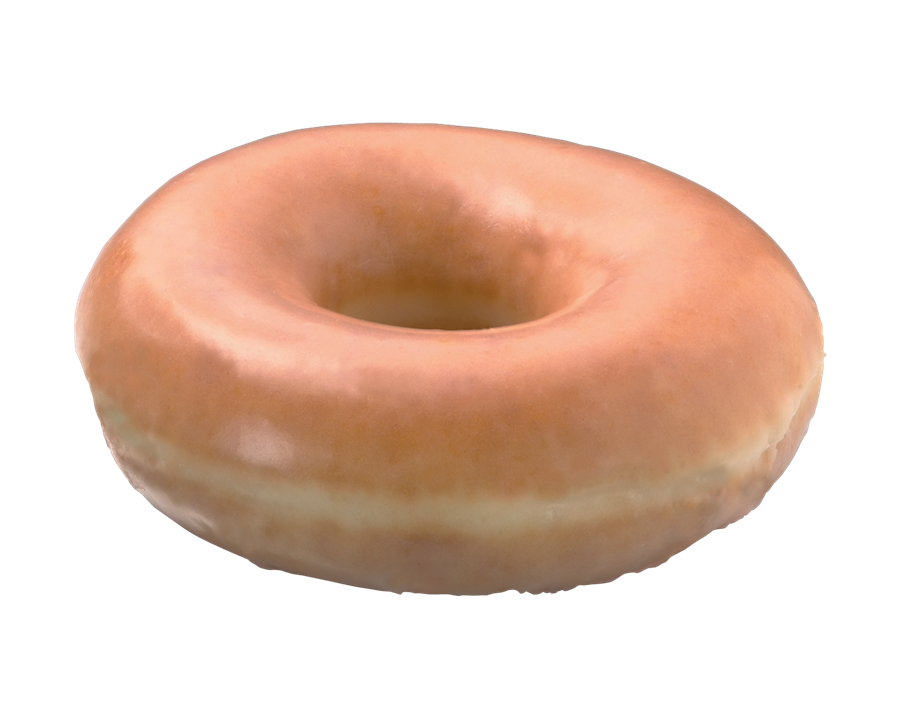 Krispy Kreme has been getting a lot of attention recently. Last week it was announced that North Carolinians prefer Krispy Kreme to Dunkin Doughnuts according to a recent public policy poll. Which means more of us agree on our favorite doughnut than we do our favorite type of barbecue.

We are proud that Krispy Kreme got its start in our state. The shop first opened its doors on July 13, 1937 in the historic Old Salem area of Winston-Salem. Since then, the Original Glazed Doughnut has stayed the same recipe and thousands of customers look forward to the iconic Hot Doughnuts Now sign flashing. In 2015, Kristpy Kreme opened its 1,000th location in Kansas City, Kan.

The doughnut has even inspired a one-of-a-kind challenge in Raleigh. Started as a N.C. State University student-led fundraiser in 2004, runners have been accepting the Krispy Kreme Challenge ever since to benefit the UNC Children’s Hospital. The event has been listed in Sports Illustrated in 102 More things to Do before you graduate and as the No. 1 thing to do before you graduate by N.C. State University Student Government.

Thousands of runners will take off Saturday morning run the five-mile race that will lead them from the NCSU Belltower to Krispy Kreme – and here’s the challenge part – eat a dozen dozens before making the run back.

If you’re more inclined to be in your pajamas come Saturday morning, we suggest making this delicious bread pudding using doughnut holes at home, maybe giving a donation to the UNC Children’s Hospital in honor of North Carolina’s favorite doughnut and maybe, just maybe, consider accepting the challenge next year. 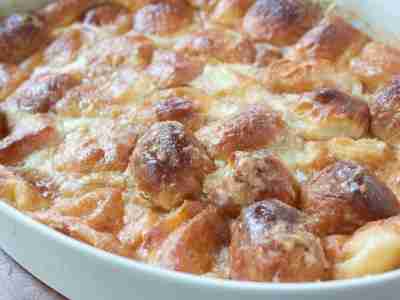 To make the bread pudding, layer doughnut holes in a greased medium baking dish (approximately 8×8 to 8×11). Whisk together the heavy cream, milk, eggs, sugar and vanilla. Pour over the doughnut holes, mashing down a little bit so that all the holes get saturated. Cover the dish with aluminum foil and allow to chill for one hour (any longer and the doughnuts will get too mushy), tossing occasionally.

Preheat the oven to 350 degrees.

Bake the bread pudding, covered, for 40 minutes. Remove aluminum foil and continue to cook for another 20 minutes, until the top is golden brown.

Meanwhile, make the chocolate glaze. Melt the chocolate on the stove over medium-low to medium heat. Stir in heavy cream until completely combined. Remove from the heat and whisk in the butter. (Reheat if necessary before serving.)

Allow the bread pudding to cool for a few minutes before cutting. Drizzle each portion with the chocolate glaze before serving.