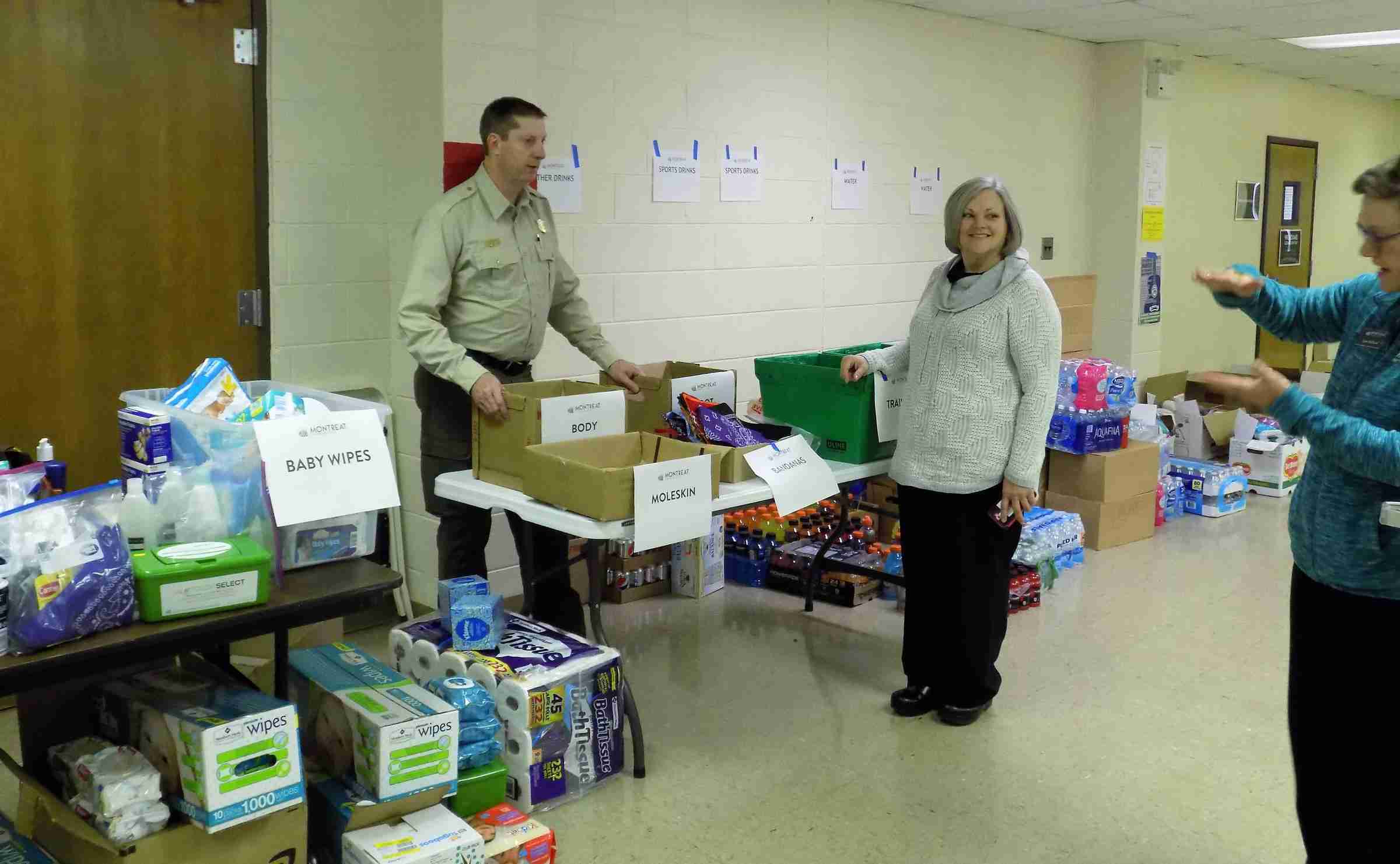 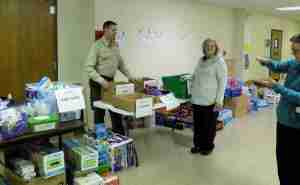 With firefighting crews stationed at numerous sites in Western N.C., it took a lot of volunteers, resources and coordination to keep the operations moving and to provide meals and necessities at multiple locations, several times a day for weeks.  But, it was an effort that communities in Western North Carolina rallied behind with overwhelming support.

Jon Gray, N.C. Forest Service Region 3 office manager, was involved in coordinating feeding, lodging and logistics for the region and Buncombe and Henderson counties, including having a traditional Thanksgiving dinner for crews working out of the Montreat Conference Center Assembly Inn in Black Mountain.

“The outpouring of support has just been tremendous throughout this whole incident,” Gray said. “Churches, businesses and individuals have stepped up and offered their support. We couldn’t have done this without them.”

Ingles #8 in Black Mountain made bagged lunches daily for five weeks and also provided a drop-off site for donations from the community, businesses and vendors. The store cooked a traditional Thanksgiving dinner for about 100, which volunteers from Christ Community Church in Montreat picked up and served and distributed to fire crews in the area and on the front lines.

“We set up a pallet in front of the store and let members of the community, vendors and businesses bring in donations,” Barnwell said. He coordinated daily with Gray to move the snacks and supplies to fire command sites and front lines as needed or to a staging room donated by the Montreat Conference Center Assembly Inn.

“Every day we are getting more stuff in. We started off with large cases of water that our vendors have donated. We’ve gotten snacks from Pepsi-Cola, Frito Lay, Little Debbie, RC Cola and personal care products from Sunshine Pharmacy and so many other Black Mountain businesses,” Barnwell said. “Everyone I have asked has been very supportive. It makes me appreciative of the community that cares and is willing to work with you for a good cause. This is one of those things that affects everybody.”

Nikki Herron, the guest services manager for Montreat Conference Center Assembly Inn, helped coordinate volunteers who were able to help with laundry services for fire crews who packed for seven days and were deployed for longer stints.

“We had over 70 volunteers who were willing to pick up laundry and have it back in a two- to three-hour window,” Herron said. “When the laundry came back in, it was folded neatly and often had thank you notes in the bag.”

Herron said it was rewarding for the volunteers.  “It enabled them to take an active and personal role in being able to help,” she said.

Those personal touches were noticed and appreciated by fire crews.

“We had some of the guys from Oregon here and on the second night of their stay they came in said we’ve just got to say this, ‘That whole Southern hospitality thing, that’s real,'” she said. “That made it all worthwhile, just that one comment. Our motto is to offer outrageous hospitality, and this was a way to do that very thing.” 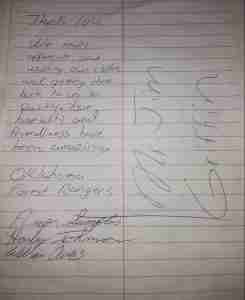 Bob McMurray, executive director of the Black Mountain Chamber of Commerce, sent out a request for donations to his 300-plus members in Black Mountain and Swannanoa. The outpouring has filled up his truck seven times already.

McMurray said the front of the visitor center became a collection site for donations, something the chamber was happy to help with. “This is the first time the chamber has been involved in collecting items,” McMurray said.

“This is a tight-knit community, and you really see that with a situation like this,” Gray said. “I have known some of these people all my life or went to school with some of them. People see a need and want to know how they can help. I can’t really thank them enough.”