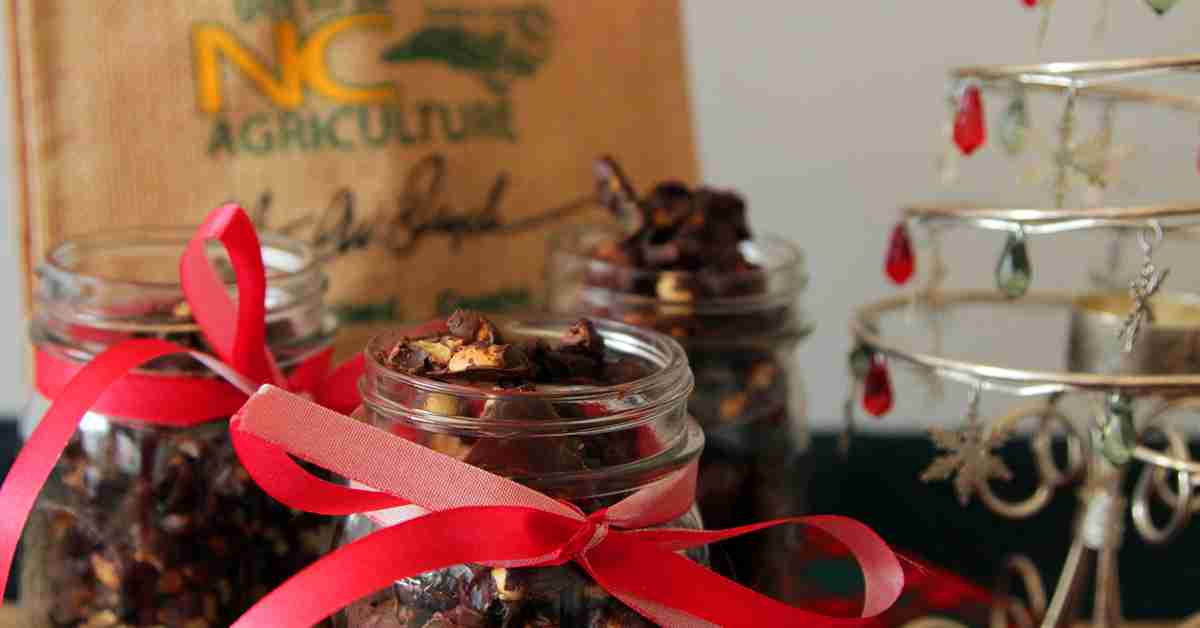 Since 1926, the Agricultural Review has been a free newspaper published by the N.C. Department of Agriculture and Consumer Services. For many years, The Tar Heel Kitchen was a featured column written by the department’s marketing home economist. These recipes tended to be seasonal with just a handful of ingredients. We thought these recipes needed to be shared in a new format. The Tar Heel Kitchen post will unearth a few of these timeless recipes each month. This week we are looking back at the December 1992 and a delicious gift idea – chocolate covered peanuts. 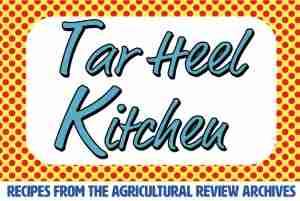 “Everyone has people on their holiday list who are hard to shop for, or who live so far away it’s hard to decide what to send,” said Barbara “Babs” Wilkinson, former NCDA&CS home economist. “As you make your list this year, why not consider sending treats from your kitchen that use North Carolina products?”

North Carolina peanut growers produced 400 million pounds of peanuts in 2014, which ranks the state sixth in the nation in production. Leading peanut producing counties are Martin, Pitt, Halifax, Bertie, Edgecombe and Hertford. Most N.C. peanut farmers grow the Virginia-type peanut that is most often sold as cocktail peanuts or as the in-shell peanuts that are popular at ballgames.

This recipe is so simple, but we think it can be dressed up with a fancy container or a gift bag to make it a special, if not last minute, present. The batch that we made in the test kitchen was quickly gobbled up by teenagers over the Thanksgiving weekend and given the seal of approval. We also think this would make a great gift for a teacher, pastor or coworker.

Melt chocolate pieces in top of double broiler over hot (not boiling) water. Add peanuts to melted chocolate and stir to coat. Turn out on waxed paper spreading so that peanuts are separated as much as possible. Allow to cool.

Test kitchen advice: be sure to choose a high quality chocolate to mix with the peanuts. And don’t rush, the slower you heat the chocolate and stir in the peanuts, the more even the coverage on the peanuts will be. Be sure to spread as thinly as possible on the wax paper. We sped up the cool down process by putting the peanuts and wax paper on a pan and sticking in the refrigerator.