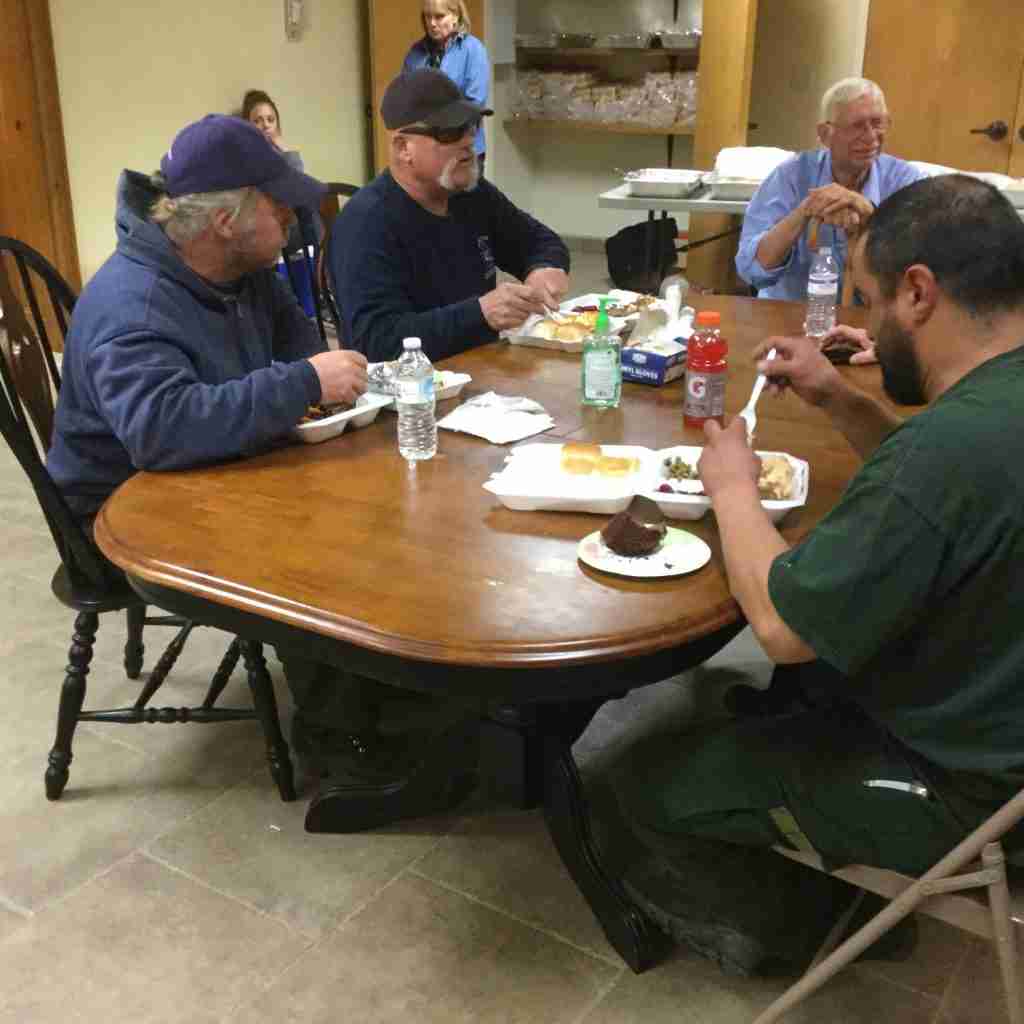 Crews fighting wildfires in Western N.C. will enjoy an early Thanksgiving dinner today after volunteers, businesses and agricultural groups came together to provide the special meal. Volunteers with the Research Stations Division are cooking and will be feeding 250-plus at a school cafeteria in Robbinsville until 8 p.m.

Also, the N.C. Baptist Men’s organization will be cooking and serving meals to more than 800 at feeding sites in Lake Lure and Franklin. As part of the ongoing response, they have been providing more than 6,000 meals a day through two mobile kitchens.

“It has truly been a community effort on a statewide scale, ” said Agriculture Commissioner Steve Troxler. “We have had no shortage of people or groups who offered to help, and I am so proud of what they have done to make this happen for fire crews who won’t get to spend the holiday with their own families.”

Support for the Thanksgiving meal has been plentiful, with donations of turkeys from Butterball, chickens from Mountaire Farms, sweet potatoes from B&B Produce Company in Benson and Yamco in Snow Hill via the efforts of the N.C. SweetPotato Commission, rolls donated by Flowers Baking Company in Jamestown, and items the N.C. Apple Growers Association. 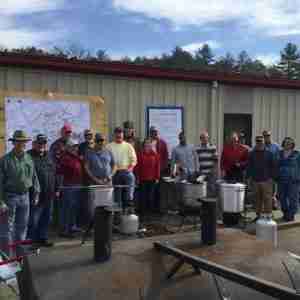 Volunteers from the Research Stations staff that prepared Thanksgiving meals for fire crews in Western N.C.

“This is the least we can do, these people have been working hard,” said Dr. Sandy Stewart, director of the Research Stations Division. “During Hurricane Matthew, we got so much help from the N.C. Forest Service staff. We are happy to return the favor and do this.”

Many divisions within the department have been assisting on the meal as well, including Food Distribution,  Marketing and Soil and Water.