It’s the beginning of November and the stubble has begun! In case you haven’t noticed the trend in recent years, the month of November has turned into “no shave November” or “Movember” for many men. It’s a month devoted to men’s health awareness when guys across America kick the razor and don their most impressive facial hair.

White fringetree (Chionanthus virginicus), commonly called “old man’s beard,” is a small native tree that becomes adorned with beautiful white blooms each spring. It is prized in many landscapes for its show-stopping flowers, its relatively small size and general freedom from major pests. Until now. 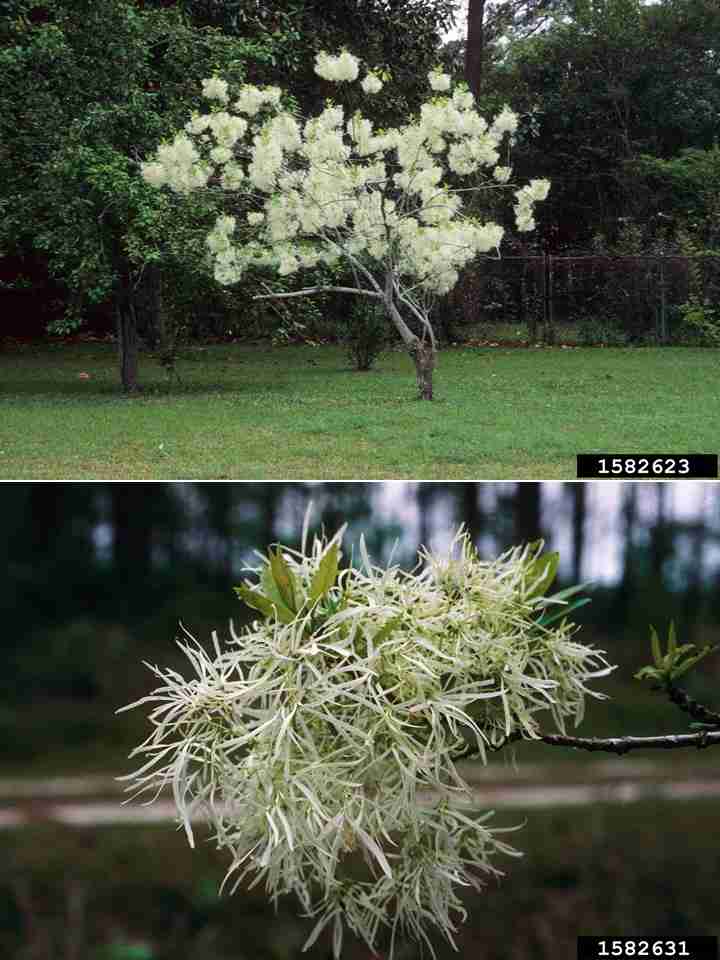 In addition to ash, our beautiful native white fringetree can also be attacked by the emerald ash borer. Image: John Ruter, University of Georgia, Bugwood.org.

Two years ago, Don Cipollini, a researcher from Wright State University in Ohio, discovered that in addition to attacking all North American ash, the emerald ash borer will also attack white fringetree.

In case you’re new to the forest health scene, the emerald ash borer has taken North Carolina by storm. Not only is it our newest invasive forest pest, but it is also the most capable spreader. Since its initial find in 2013, it has been found in 24 counties across the state. There is a statewide quarantine to help prevent its further spread into uninfested areas, and home owners, municipal foresters, and natural resource professionals are often left to choose between cutting their ash down or treating them with insecticides.

Unfortunately, imidacloprid has gained notoriety for its adverse effect on pollinators. While that is of little relevance when applying it to wind-pollinated trees such as ash, white fringetree is pollinated by insects. Using imidacloprid to protect white fringetree from the emerald ash borer is not consistent with the label and is unlawful. So what can you do to save them?

Cipollini and Donnie Peterson, researchers at Wright State University, suggest that if you want to use pesticides then a preventive cover spray containing products such as bifenthrin or permethrin (e.g., Onyx, Astro) is most appropriate. These pesticides can also be used to treat ash trees and because they are not systemic they are pollinator-friendly. The insecticide is sprayed on the stem, branches, and depending on the label, the leaves of the trees. It’s critical that applications are timed with the emergence of the adult beetles, as it targets adults and newly emerged larvae. In North Carolina, adult emergence is expected to start sometime in late April or May and last through early July, but it varies each year depending on the weather. 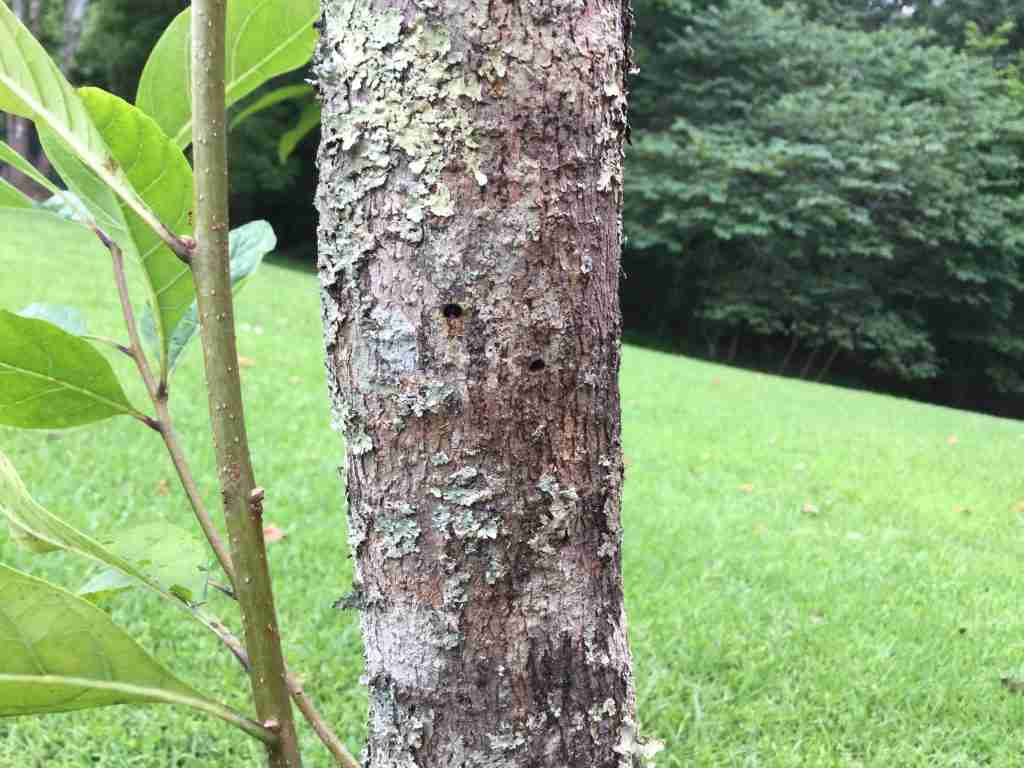 Selective pruning can also be a very useful tool. When it comes to white fringetree, emerald ash borer rarely kills an entire tree, but may kill individual stems of a multi-stemmed tree. Removing the infested branches is often sufficient in getting rid of dead material and maintaining tree vigor. In some cases, however, dieback and pruning can leave the tree looking lopsided or unhealthy. In these scenarios, a rejuvenation pruning, where the entire tree is cut at the base and allowed to re-sprout, can be considered. The resulting tree will take some time to return to its former size, but its overall shape may be more appealing in the landscape.

Cipollini also reports that white fringetree seems more resilient to emerald ash borer than ash and that researchers have seen trees recover from attack without the use of pesticides. If a tree is not heavily infested, it may be best to keep an eye on your tree and intervene with pruning or chemicals only if necessary.

So whether or not you spray old man’s beard or shave it back completely, there are options available to keep this stunning native plant in your landscape. For more information on insecticides for the emerald ash borer, visit the N.C. Forest Service’s pesticide sheet or the complete emerald ash borer insecticide guide. And, as is the case with any pesticide, always follow the label!