Hurricane Matthew: What does flooding mean for N.C.’s forests?

Hurricane Matthew dealt a record-breaking punch to North Carolina this past weekend. Waters continue to rise in parts of Eastern North Carolina, breaking flooding records and causing road closures and property damage. To many who were here then, the ongoing catastrophic damage is reminiscent of Hurricane Floyd, which rocked the state with impressive winds and floods 17 years ago. In fact, the flood records being broken this week were set by Hurricane Floyd along the Neuse River in Goldsboro in 1999. 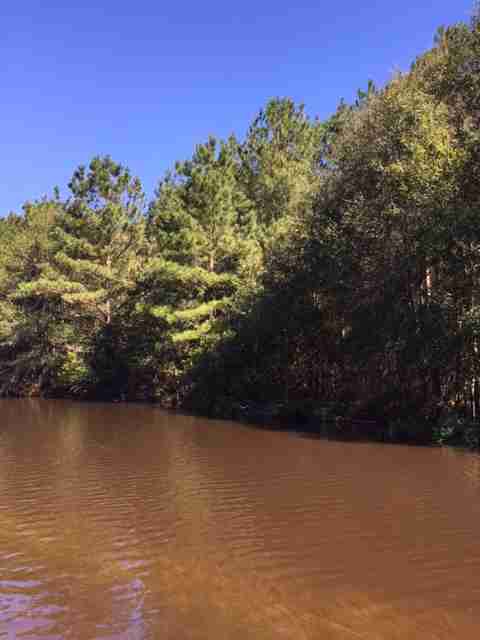 When the floodwaters recede, the impacts to our cherished forested lands will undoubtedly be a concern. Not only have trees been lost to wind, but there is unease that the unobservable impacts from floodwaters will damage our trees.

While there is cause to be concerned, there is no need for hasty decisions to be made before we know how trees fare. The impacts of flood exposure are neither as evident nor as desperate as injury from wind damage. Many trees are capable of surviving short but severe floods. If trees remain standing and apparently healthy in the aftermath of Hurricane Matthew, landowners and natural resource professionals are urged to “wait and see” before preemptively harvesting or cutting trees.

In flooded trees, deprivation of oxygen to the root system is the biggest player in growth inhibition and injury. This can come from water-logged soils or the deposition of silt or sand that smother roots and/or stomata, the pores on plants responsible for gas exchange.

Generally speaking, several factors may play a role in the long-term health of trees following a flood:

Recommendations to manage or salvage trees immediately are seldom necessary. Understanding the factors that play a role and keeping an eye on trees in the coming months and years will lead to sensible decisions regarding forest management. 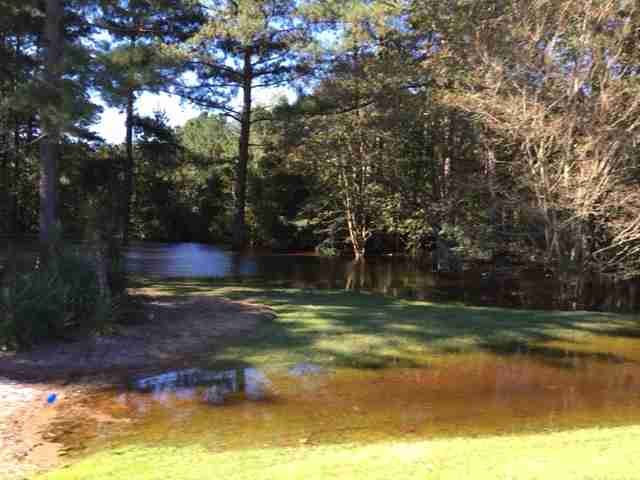 Landowners and natural resource professional are encouraged to “wait and see” what lingering impacts of flooding will be on their trees before making drastic decisions regarding management. Image taken in Johnston County by W. Langston, NCFS.

Lessons Learned from Hurricane Floyd.  In 1999, Hurricane Floyd dumped nearly 20 inches of rain in parts of the Coastal Plain that had been saturated by Hurricane Dennis just a few weeks earlier.  The ensuring flooding disaster caused rivers to crest well above flood stage and inundated urban areas, agricultural land, and both bottomland and upland forests. Two years after Floyd, nearly 100 forested plots in the Coastal Plain were measured to document impacts of flooding to upland forests. Comparisons of the plots showed there were no immediate or dramatic effects of flooding related to tree mortality, leaning angle of living trees, or abundance of saplings after almost two years. There were, however, indications that crown conditions were somewhat poorer in the flooded areas, exhibited as higher crown dieback and lower crown density of flooded trees. While these crown observations were statistically significant, it was unknown whether they were biologically significant. For forest managers, this means that post-flood management decisions can be delayed and that periodic re-visits are needed to determine if stand conditions continue to deteriorate or if trees recover fully in the long run.