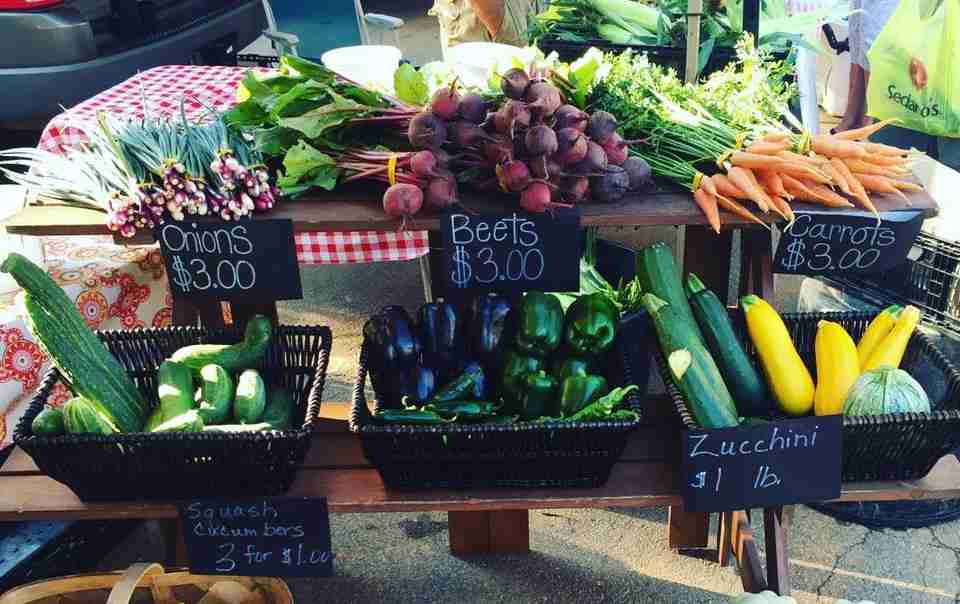 National Farmers Market Week is Aug. 7-13. North Carolina has numerous reasons to celebrate this event because our state’s farmers markets provide residents with fresh, healthy food and support the efforts of local farmers. According to the U.S. Department of Agriculture, 50 percent of farmers selling at farmers markets derive at least half their revenue from farmers market sales. Join us this week in thanking farmers and farmers market staff as we spotlight three N.C. farmers markets from the mountain, central and coastal regions of our state. 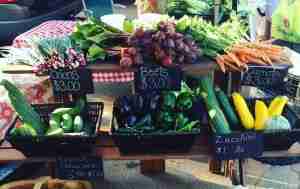 Haywood’s Historic Farmers Market has almost 70 vendors selling not only fruits and vegetables, but also milk, rabbit meat and woodcrafts.

From fresh mountain trout to organic vegetables to handcrafted pottery, the goods offered by vendors at Haywood’s Historic Farmers Market represent a bounty that attracts both local and tourist customers.

“We are a strictly local market, accepting growers from Haywood and adjacent counties,” said Carol James, chairman of the market’s board. “People are amazed at the variety of produce we have.”

The market, located near downtown Waynesville, was created in 2008 as an expansion of the Waynesville Tailgate Market. The tailgate market offered around 15 vendors during peak season and only sold produce, plants and honey.

Today, Haywood’s Historic Farmers Market has almost 70 vendors selling not only fruits and vegetables, but also milk, rabbit meat, woodcrafts and more. The market is open from 8 a.m. to noon on Wednesdays and Saturdays from mid-April to November.

Tourists make up about 60 percent of the market’s customer base from June to October, according to James. Many are attracted to the area by its pick-your-own produce farms and farm tours, so visiting the market is a natural extension of their trip. James noted that visitors to the area are drawn to the market’s handicrafts.

“Around 20 percent of our vendors are heritage crafters such as potters, blacksmiths and those who do fiberworking or woodworking,” she said. “The visitors appreciate having something to take home with them from the mountains.”

The market involves the entire Haywood community by accepting Supplemental Nutrition Assistance Program, or SNAP, dollars. The market began accepting SNAP in 2015, and SNAP participants have spent about $1,000 at the market in 2016.

Waynesville’s restaurants also attract tourists and support the market. The chefs at eateries such as Frogs Leap Public House and The Sweet Onion Restaurant visit the market weekly to see what fresh produce they can feature on their menus.

In late July, the market hosted dancers from Folkmoot, a festival in Western North Carolina that celebrates international dances and culture. Shoppers alternated between perusing the produce and watching performances by Peruvian dancers in colorful ruffled costumes.

James and the market’s staff keep customers informed through their website, social media and a weekly e-newsletter detailing what’s fresh.

“We work very hard to provide the best local produce to build a healthy community,” she said. “We do all we can to provide opportunities to farmers and farm-related businesses. We’re all about being a community place where we can grow together. That’s what’s most important.”