This NC Forest Service ranger is also a champion lumberjack 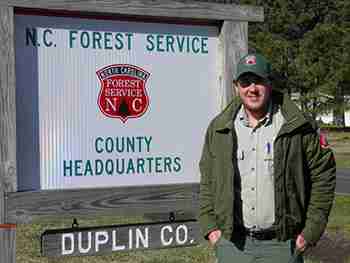 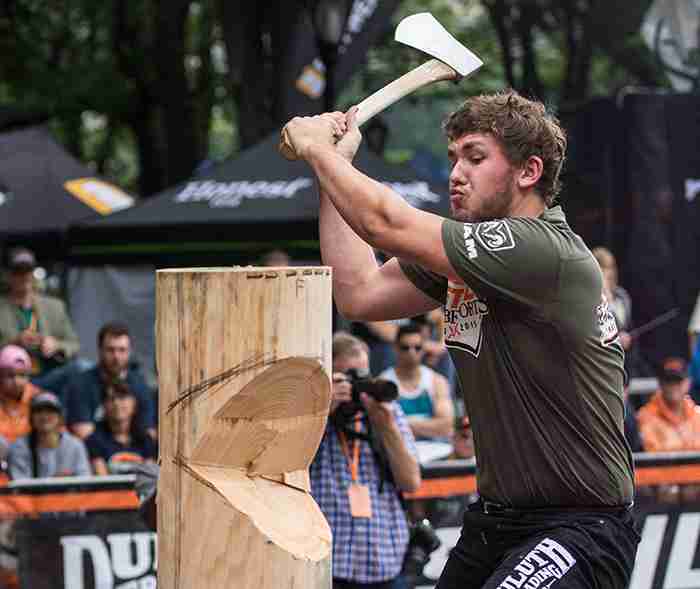 Ben Kniceley of the N.C. Forest Service was the collegiate champion at the 2015 Stihl Timbersports U.S. Championships.

When Ben Kniceley joined the N.C. Forest Service as the Duplin County assistant ranger in March, he brought with him the title of 2015 Stihl Timbersports U.S. Collegiate Champion.

Last year, Kniceley placed first in the collegiate qualifier in Pennsylvania, which earned him a spot in the U.S. rookie finals in New York’s Central Park before a large crowd. The collegiate competition was held between the U.S. Pro Qualifier and Championship rounds, and showcased the top six collegiate lumberjack athletes in the country.

Along with earning recognition as the best collegiate lumberjack athlete in the country, he represented the U.S. on the international rookie team this May at the World Championship in St. Johann, Austria, where he finished third.

This year also marks his first season in the Professional series, which also took place in May. Kniceley competed in the Professional Southern Qualifier in West Virginia in May, too. The rest of the season will take him to competitions in Pennsylvania, Georgia, North Carolina and New York. The 2016 championships will be held at Tinley Park Convention Center in the Chicago Southland July 15 and 16.

From hobbyist to performer

Originally from Shelby, Kniceley said he began competing in timbersports in 2012 while attending Haywood Community College. The school didn’t have any type of sports program, he said, and he had to have a hobby.

“I used to chop at least six blocks a day every day, five days a week,” Kniceley said. “Now that I have a real job, I try to practice at least three times a week for at least four hours a day. Mostly just chopping, and using a chainsaw.”

His higher education began at Cleveland Community college in 2009, where he completed two years of study in fish and wildlife management. After graduation, he took the summer off and went to Ketchikan, Alaska, where he worked at the Great Alaskan Lumberjack Show. The following fall, he began work on his forest management degree at Haywood Community College, including a few internships with the the Tennessee Wildlife Resource Agency.

Kniceley said he didn’t intend to major in forestry management, but he recognized after finishing at Cleveland Community College that he was very close to getting his forestry degree and it was an area he excelled in. Before joining the Forest Service this year, he worked at the Lumberjack Feud dinner theater in Pigeon Forge, Tenn.