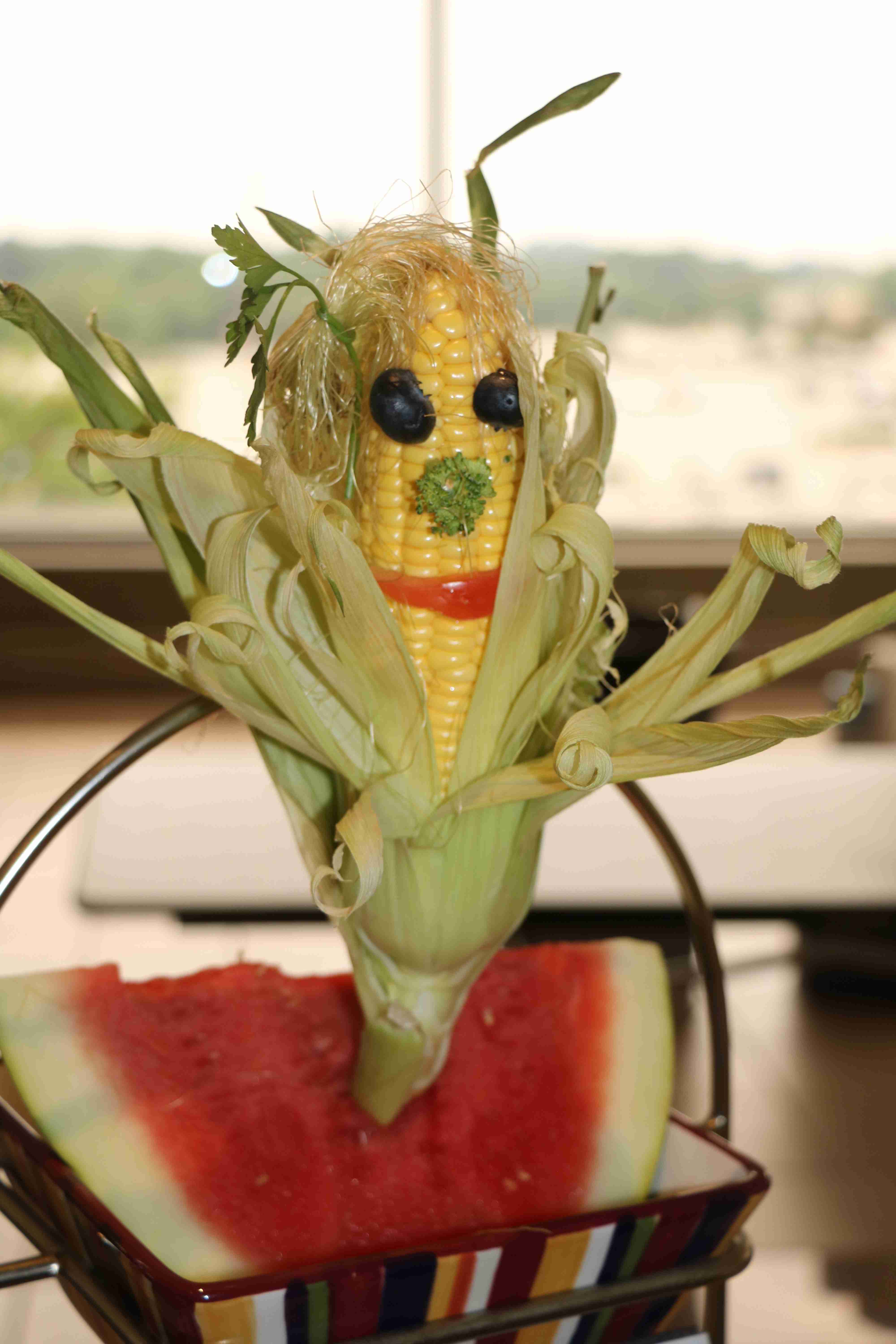 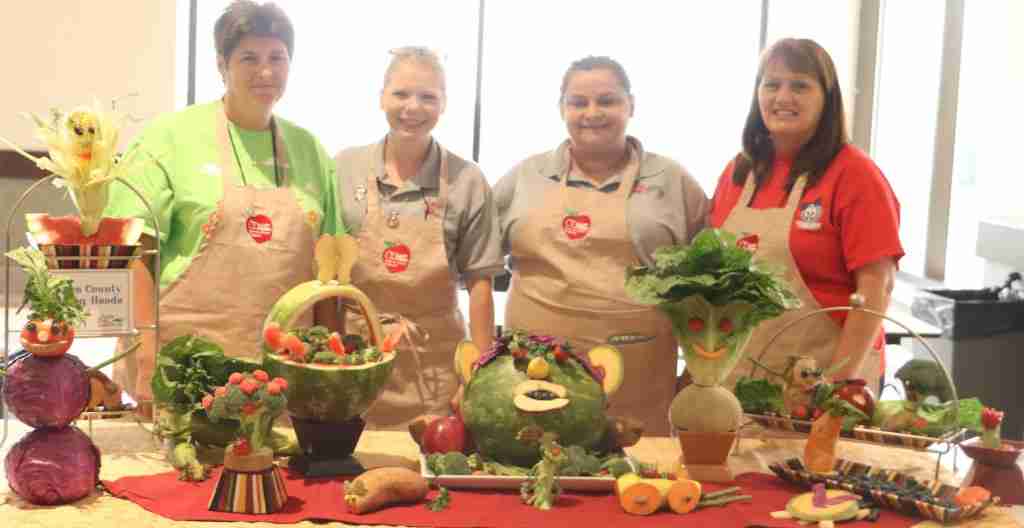 The Bladen County Helping Hands team was the winner at this year’s North Carolina Farm to School Produce Art Challenge.

School nutrition staff from across the state were encouraged to get creative and play with their food last week during the 2nd annual North Carolina Farm to School Produce Art Challenge. The competition was held as part of the School Nutrition Association of North Carolina’s annual conference.

“This is the second year of the competition,” said Heather Barnes, N.C. Farm to School marketing specialist. “Last year only four teams competed, this year we held district competitions and then eight teams competed in the finals. We all loved seeing the results. Not everyone can look at a watermelon or a strawberry or a potato and see all these creations made from produce. It’s talent! I don’t have that talent. 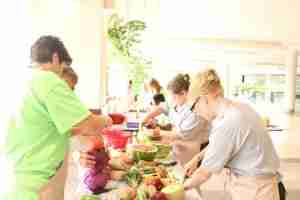 Each team is given a variety of produce, assembly supplies and one hour to complete their creation. Then, the edible art is judged by a panel of three. This year, Patrick O’Brian, the Fruit Carving Ninja from Fayetteville, was one of the judges. 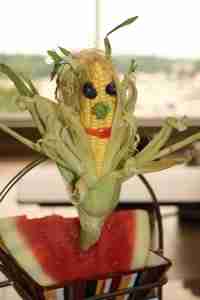 N.C. Farm To School is a program that supplies school cafeterias across the state with fresh, locally grown produce from North Carolina farms.  Last school year, 88 school districts in the state participated in the program. Nearly $1.3 million in produce was purchase for the schools directly from farmers.