Depending on where you are in North Carolina, it has been either too wet or too dry this spring.

Farmers in Eastern North Carolina are feeling the effects of too much rain over the past couple of weeks. In a span of 10 days or so, several northeastern counties reported 10 inches or more of rain as a result of Tropical Storm Bonnie and the remnants of Tropical Storm Colin. 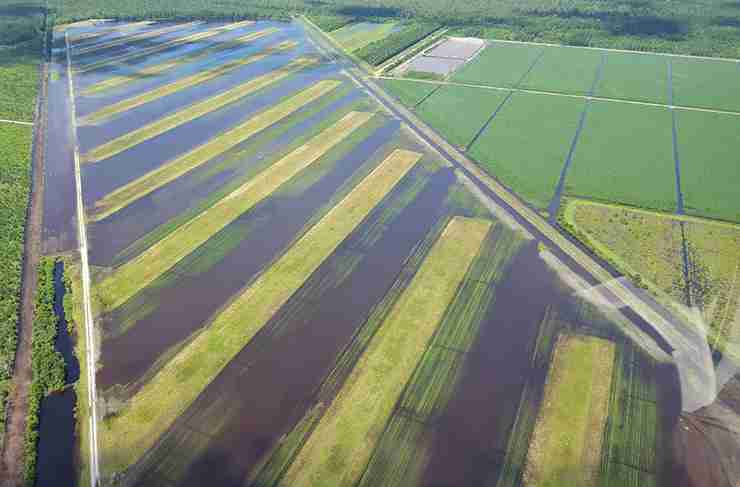 In other eastern counties, the rain halted field work. As a result, the planting of cotton, peanuts and tobacco isn’t as far along as it normally would be at this time of year.

With all this water, farmers are also preparing for an increase in weed control issues and disease pressure.

As wet as Eastern North Carolina has been, the state’s far-western counties are having the opposite problem. In fact, 14 counties in the mountains are in a moderate drought and four others are classified as abnormally dry. The dry weather could lead to a thin first cutting of hay in those counties.

And in the Sandhills, the impacts of a late-April freeze are now being seen. There have been reports of heavy damage to peach crops in that region, especially in Moore County.

Click on the audio player below to listen to Commissioner Troxler and Rhonda talk about how weather is affecting N.C. crops.