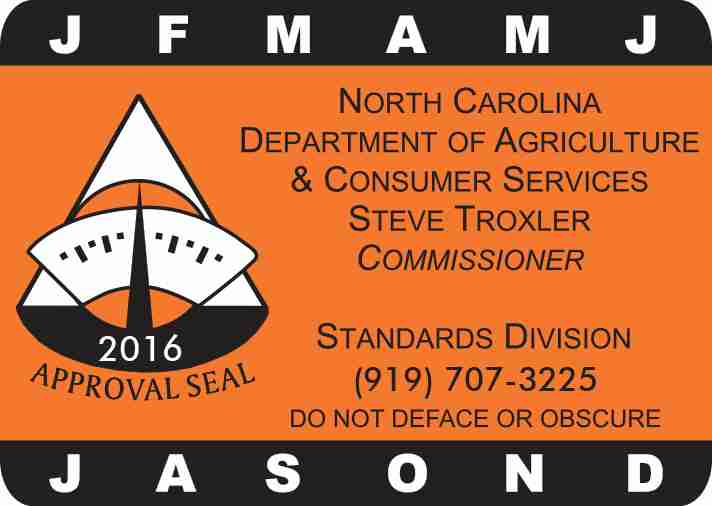 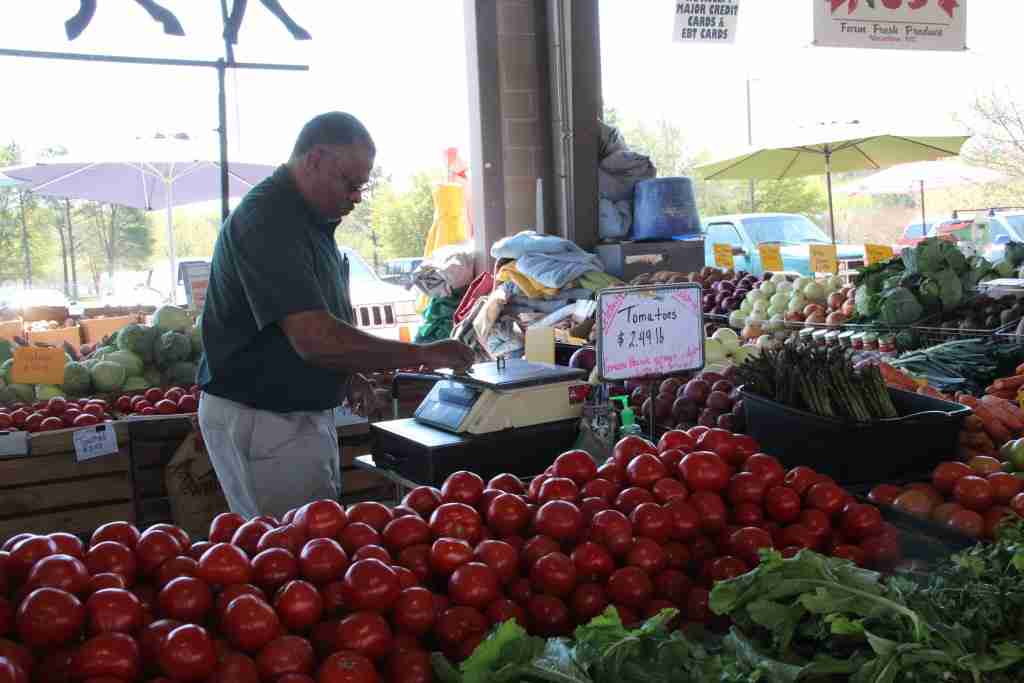 It’s the time of year when things get a lot more colorful — and delicious. May is the month that many seasonal farmers markets and roadside stands begin to open around the state. It’s also the time that NCDA&CS Standards Division inspectors are out checking produce scales across the state.

“We work it out with farmers market managers to come in and inspect all vendors at one time if we can,” said Stephen Benjamin, director of the Standards Division. “It’s not something we can do in January but we do try to get it in before the peak of fresh produce season when the scales are in constant use.” Inspectors also stop by roadside stands that operate seasonally. 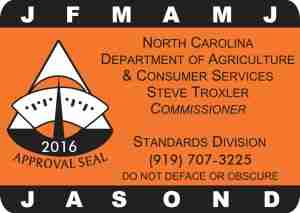 In North Carolina, anytime a scale is used to determine the price of an item, that scale should be inspected and certified by the Standards Division. Inspectors make sure scales are clean, level and, of course, accurate. A produce scale is usually a 30-pound scale that weighs items in increments of .01 pounds. To pass inspection, produce scales can’t be off more than .03 pounds. Thirty-pound hanging scales have a tolerance of 1 ounce.

A NCDA&CS Standards Division seal is placed on the scale after it passes inspection.

Inspectors routinely inspect scales at grocery stores and other retail facilities on an annual basis or by complaint. Other seasonal inspections include pine bark and mulch in February, taxi cab meters in May and tobacco scales in June.

For a list of farmers markets and roadside stands in North Carolina, visit www.ncfarmfresh.com.